By Karen Freifeld and Aram Roston

The businessman, Lev Parnas, is a close associate of Giuliani and was involved in his effort to investigate Trump’s political rival, former Vice President Joe Biden, who is a leading contender for the 2020 Democratic Party nomination.

Federal prosecutors are “examining Giuliani’s interactions” with Parnas and another Giuliani associate, Igor Fruman, who was also indicted on campaign finance charges, a law enforcement source told Reuters on Sunday.

The New York Times reported last week that Parnas had told associates he paid Giuliani hundreds of thousands of dollars for what Giuliani said was business and legal advice. Giuliani said for the first time on Monday that the total amount was $500,000.

Giuliani told Reuters the money came in two payments made within weeks of each other. He said he could not recall the dates of the payments. He said most of the work he did for Fraud Guarantee was completed in 2018 but that he had been doing follow-up for over a year.

Parnas and Fruman were arrested at Dulles Airport outside Washington last week on charges they funneled foreign money to unnamed U.S. politicians in a bid to influence U.S.-Ukraine relations in violation of U.S. campaign finance laws. The men were preparing to board a plane to Europe.

According to an indictment unsealed by U.S. prosecutors, an unidentified Russian businessman arranged for two $500,000 wires to be sent from foreign bank accounts to a U.S. account controlled by Fruman in September and October 2018. The money was used, in part, by Fruman, Parnas and two other men charged in the indictment to gain influence with  U.S. politicians and candidates, the indictment said.

Giuliani said he was confident that the money he received was from “a domestic source,” but he would not say where it came from.

“I know beyond any doubt the source of the money is not any questionable source,” he told Reuters in an interview. “The money did not come from foreigners. I can rule that out 100%,” he said.

He declined to say whether the money had been paid directly to him by Fraud Guarantee or from another source.

John Dowd, a lawyer for Parnas and Fruman, also would not discuss the source of the funding that Giuliani said he received for his work for Fraud Guarantee. “What I know is privileged,” Dowd said.

Tue Oct 15 , 2019
A customer rides his bike in front of a Taco Bell restaurant in Novato, California. Justin Sullivan | Getty Images Taco Bell said Tuesday that it has recalled about 2.3 million pounds of beef after a customer discovered a metal shaving in an order. The Yum Brands chain voluntarily recalled […] 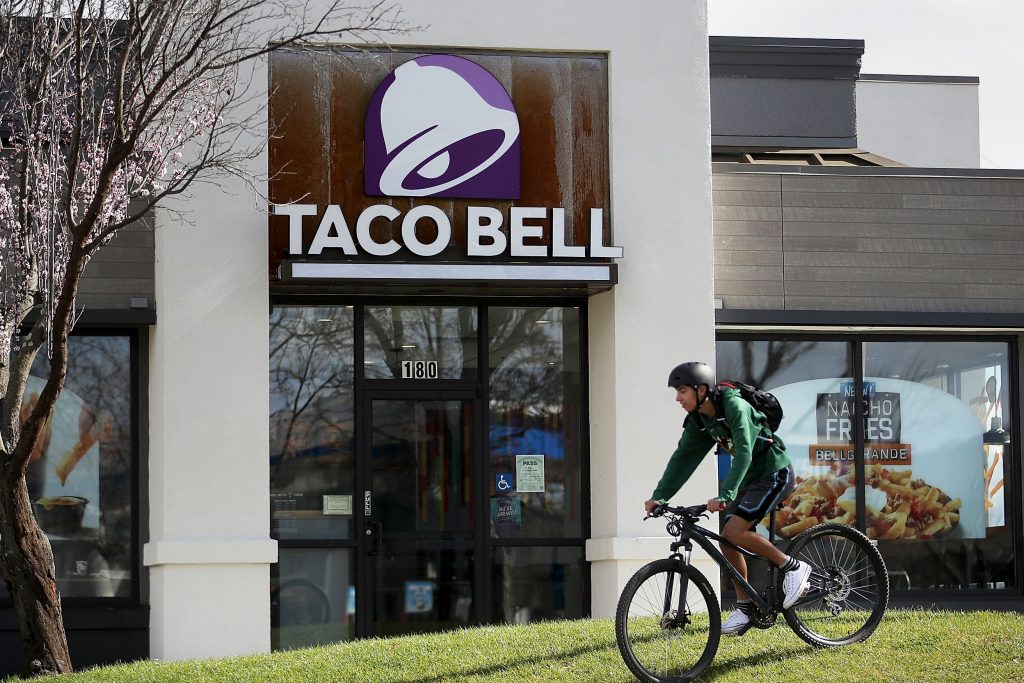