Riot police gather outside the Legislative Council, following a day of violence over an extradition bill that would allow people to be sent to mainland China for trial, in Hong Kong, China June 13, 2019. REUTERS/Thomas Peter

Police fired tear gas, bean bag rounds and rubber bullets at young protesters who gathered this week around the Chinese-ruled city’s legislature and government headquarters in the tens of thousands.

The clashes wounded 22 police and more than 60 protesters, as demonstrators advanced toward the legislature, hurling bricks, iron poles and sticks, while barging their way forward with metal barricades.

“We are definitely restrained and we wouldn’t indiscriminately use weapons,” police chief Stephen Lo told reporters a day after the clashes, describing them as a “riot”.

“We were facing tens of thousands of protesters. The pressure was very great.”

The protesters demand that Lam scrap controversial amendments to an extradition bill that would allow individuals, including foreigners passing through Hong Kong, to be extradited to mainland China.

Hong Kong returned from British to Chinese rule in 1997 under a “one country, two systems” deal guaranteeing it special autonomy, including freedom of assembly, a free press and an independent judiciary. Many accuse China, where the courts are strictly controlled by the Communist Party, of extensive meddling since then, with the extradition bill a further example.

Lawyers, judges, business-people, rights groups and foreign governments have called on Lam – who says the initiative was hers and not Beijing’s – to scrap the bill.

But her refusal to do so has incensed the public who lack confidence in China’s legal system and assurances that safeguards introduced into the bill will ensure individuals get a fair trial on the mainland.

Over one million people, or one in seven people in the city, marched on Sunday against the bill. Less than a day later, however, a stern-faced Lam told reporters she wouldn’t back down.

Some senior police officers say Lam’s refusal to heed public opinion is sowing resentment in the force, which was already battered by accusations of police brutality during the 2014 pro-democracy “Umbrella” civil disobedience movement.

“There are a significant number that blame her for this crisis,” said a senior law enforcement officer in a command position. “It’s madness.”

He said the demands of the protesters weren’t unreasonable, given an inherent mistrust of mainland China’s legal system.

“There’s definitely a feeling that we’re trapped in the middle,” said a senior police officer who declined to be named as he wasn’t authorized to speak to the media.

At the same press conference by Hong Kong’s police chief, a group of more than 20 photo-journalists donned hard hats and gas masks in a symbolic protest against what they considered to be the excessive use of force by police during the unrest.

“Some police were out of control,” said Leung Pang-wai, 28, a photographer for HK01 newspaper who wore a gas mask during the press conference. “They shot at us and they didn’t deal with the situation rationally.”

Senior police officers, however, defended the use of force to deal with much more violent protesters than during the 2014 demonstrations when tens of thousands occupied roads around the legislature and government headquarters for 79 days.

The protesters this time, unified for a very specific goal – to prevent a policy seen as an existential threat to Hong Kong’s unique global position – have pledged not to back down.

A hardcore element, numbering in the tens of thousands, has not shied away from violence, while being highly organized and tech savvy, using encrypted phone apps like Telegram to mobilize swiftly through multiple group chats, and more strategically, with less risk of police infiltration.

“Telegram is a big breakthrough from the old traditional strategies,” said Jason Chan, a 22-year-old protester. “Since there were no leaders in this movement, Telegram facilitates the communication across protesters by allowing different channels or groups to set up and thereby unite the people.”

“The protesters are a lot more determined this time,” he said. “The violence will keep escalating if the government doesn’t back down.”

Steve Vickers, a former commander of the police’s Criminal Intelligence Bureau who now runs a risk consultancy, said in a report that there was a risk of further violence.

“An unfortunate polarization has occurred, where demonstrators perceive the police to be the enemy (rather than the government, in their absence), and many junior police officers see both the media and protesters as the main protagonists.”

Sat Jun 15 , 2019
Missy Elliott, five-time Grammy-winning, singer, rapper, songwriter, and producer, was honored in the 50th annual Songwriters Hall of Fame 2019 induction ceremony, on Thursday night. She made history by becoming the first female rapper inducted.  At the ceremony, Queen Latifah inducted Elliott and gave a heartfelt speech on their friendship. […] 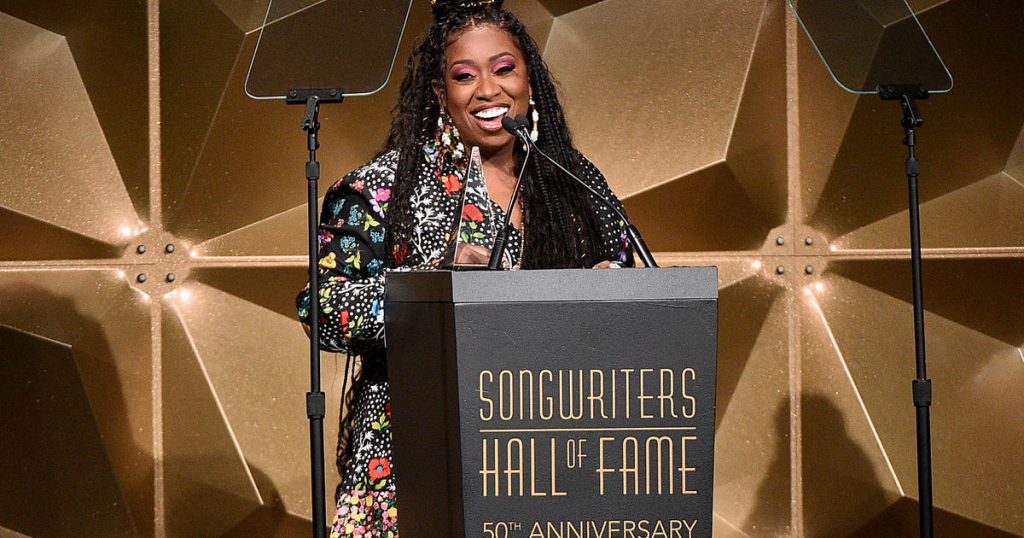