Apple CEO Tim Cook is no Steve Jobs in terms of innovation, but he’s managed to build shareholder loyalty as fierce as that of the company’s devoted user base, former Apple CEO John Sculley told CNBC on Friday.

Apple likely wouldn’t be what it is today without Cook, Sculley added.

“Steve Jobs created a loyalty with users that is unparalleled in the consumer technology world. What Tim Cook has done, he’s built a loyalty with shareholders,” Sculley said on “Squawk on the Street.”

“Tim’s not a product person, per se,” the Apple co-founder Jobs once said about his eventual CEO successor.

Sculley said that may very well be, but Cook excelled in business, carrying the tech giant through the death of its charismatic leader to the historic $1 trillion valuation that Apple hit on Thursday.

“Cook has done something that really is the next step that’s beyond what Steve Jobs did,” said Sculley, who served as Apple CEO from 1983 until 1993, working with Jobs early in his tenure. (In 1985, Jobs left Apple’s board after directors sided with Sculley in a power struggle.)

Whereas Jobs cultivated customer loyalty, based on incredible products, Cook used the Apple reputation to build a “brilliant business model,” Sculley said, adding that instead of inventing the best, new technology, Cook buys back stocks, hordes cash, and gives out dividends.

Sculley also praised Cook for really monetizing the services end of the business, which analysts expect to be a bigger and bigger revenue driver in the coming quarters and years.

“He doesn’t have to be on the bleeding edge of innovation. He’s valued as a value stock so he’s positioned the company well,” Sculley said. “He can just watch the scale, see what’s going to be important and adapt.”

Sculley said Amazon isn’t too far behind, thanks in no small part to founder and CEO Jeff Bezos.

Amazon is “valued as a growth stock, not a value stock the way Apple is, so you’re betting on Jeff’s brilliance to continue to open up new lines of business,” Sculley said.

Bezos is the “best CEO in the world right now,” Sculley said. “My bet would be the next one going over a $1 trillion is Amazon.”

— Associated Press contributed to this report.

Whistleblower: Wells Fargo fraud "could have been stopped"

Fri Aug 3 , 2018
When the Wells Fargo banking scandal erupted nationally in 2016, amid allegations that bank employees were encouraged to open credit card accounts for customers without their knowledge, leading to even larger, systemic fraud, Jessie Guitron was at home saying “I told you so.” The scandal rocked the nation and cost the […] 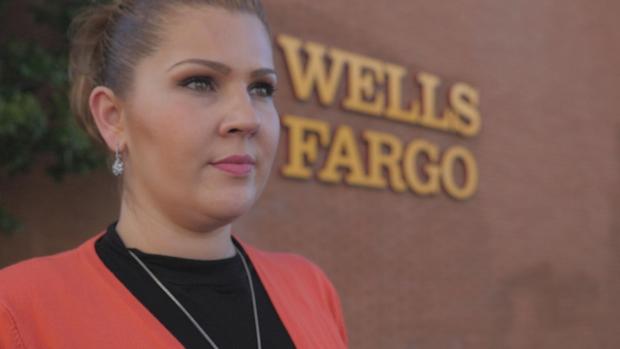