Hurricane Eta is seen churning in the Caribbean Sea toward Nicaragua in this satellite image taken November 2, 2020 over the Gulf of Mexico. U.S. National Oceanic and Atmospheric Administration (NOAA)/Handout via REUTERS

The storm, a devastating Category 4 hurricane on the five-step Saffir-Simpson scale, was expected to slam the northeast coast of Nicaragua late on Monday or early Tuesday, the Miami-based NHC said.

Eta was poised to be one of the most powerful hurricanes to hit Nicaragua in years, and may test President Daniel Ortega, who presides over one of the poorest countries in the Americas.

On Monday afternoon, strong winds and heavy rains lashed Nicaragua and the government put regions in the hurricane’s path on red alert. It has evacuated about 3,000 coastal families and sent in supplies to help residents prepare for the storm’s impact, Vice President Rosario Murillo said.

Eta could also trigger “destructive” waves in Nicaragua, while water levels could reach 12 to 18 feet (3.7 to 5.5 meters) above normal tide levels, NHC said.

In Honduras, the government has placed five Atlantic coast regions on red alert, its highest warning, and evacuations were underway, local authorities said.

Adverse weather conditions on Monday forced Honduras to shutter some of its ports, while several towns on its Atlantic coast were already suffering from flooding, the Honduras Permanent Contingencies Commission (COPECO) said.

According to the latest NHC forecast, Eta could reach land packing winds of up to 150 miles per hour (241.4 kilometers per hour). Once the storm clatters into the mountains of Nicaragua and Honduras, it should weaken rapidly.

Eta is the 28th named tropical storm of the 2020 Atlantic hurricane season, tying an all-time record set in 2005, the NHC’s Tropical Analysis and Forecast Branch said.

Eta could dump 15-25 inches (38-64 cm) of rain on central and northern Nicaragua and much of Honduras, with up to 35 inches in some areas, the NHC said.

A guide to the election's top ballot initiatives

Mon Nov 2 , 2020
Washington — The candidates for president and vice president may be the hot items on the ballot this Election Day, but voters coast-to-coast will also weigh in on scores of ballot measures that touch on a wide array of issues. The National Conference of State Legislatures estimates 32 states, the […] 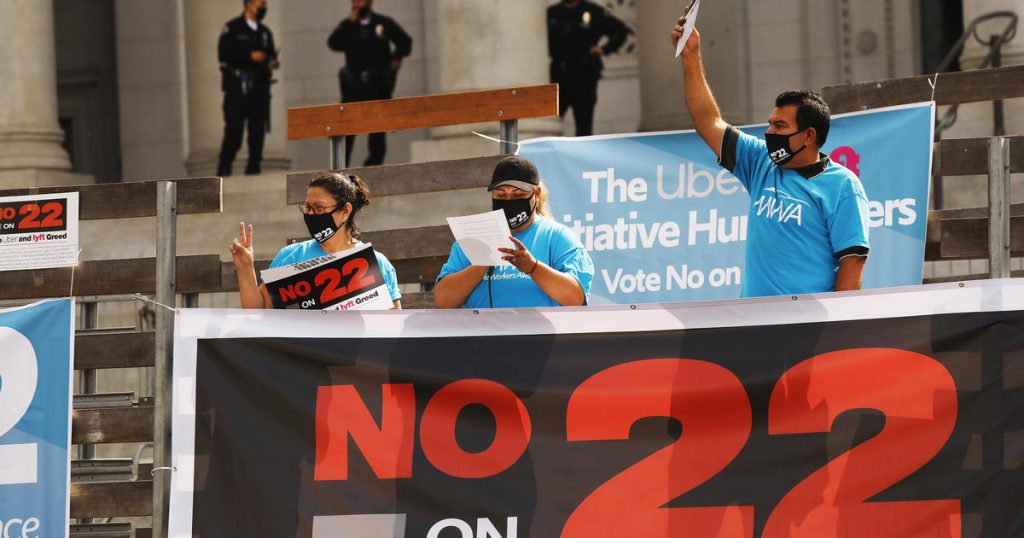