By Sruthi Shankar and Susan Mathew

The pan-European STOXX 600 rose 0.8%, a day after the index snapped a three-day winning streak as worries about the global economy led to a bond market rally that pushed U.S. and euro zone bond yields lower.

Yields slid again on Wednesday, lifting technology stocks by 1%, but pushing bank stocks down 0.2%. [GVD/EUR]Barclays in a note said they were adding tech exposure via software “given their later-cycle investment nature. Valuations are not cheap, but we expect earnings to be supportive.”

Europe’s most valuable tech company SAP was the biggest boost to the STOXX 600, up 3.5%. Traders also pointed to a double upgrade to “buy” from Bank of America. Germany’s DAX posted its best session in seven weeks, up 1.2%.

Investors were cautious, putting defensive sectors among the top gainers.

Sliding crude prices weighed on oil & gas companies <.SXEP>. The travel and leisure sector lost the most, down 1.5% with the World Health Organisation advising against pre-mature lifting of COVID-19 restrictions.[O/R]

A rally in beaten-down “value” stocks has helped push the STOXX 600 to record highs this year, but worries about the Delta variant of COVID-19 slowing economic recovery have put them behind “growth” stocks year-to-date.

“Flows are coming back, but the region is still not crowded and we think improving (economic) growth could last beyond reopening catch-up,” Barcalys said, adding Germany and Italy are their top picks in the continent.

Investors are awaiting the U.S. Federal Reserve’s policy minutes later in the day, which could shed light on when it plans to start tapering asset purchases.

Among other notable moves, French state-controlled power group EDF added 2% after raising its 2021 core earnings target, given its new estimate for nuclear output in France.

With earnings season set to kick off later in July, analysts are expecting profits at STOXX 600 companies to jump 108.6% in the second-quarter versus a year ago, as per Refinitiv IBES data.

Swiss duty-free retailer Dufry fell after Italy’s Autogrill denied rumours of a potential tie-up between the companies. Both slipped more than 1.5%.

Wed Jul 7 , 2021
The S&P 500 rose to a fresh record on Wednesday as investors poured back into trusty mega-cap technology stocks. The S&P 500 advanced 0.3% to a new intraday high after the index ended a seven-day winning streak in the previous session. The Dow Jones Industrial Average rose 90 points. The […] 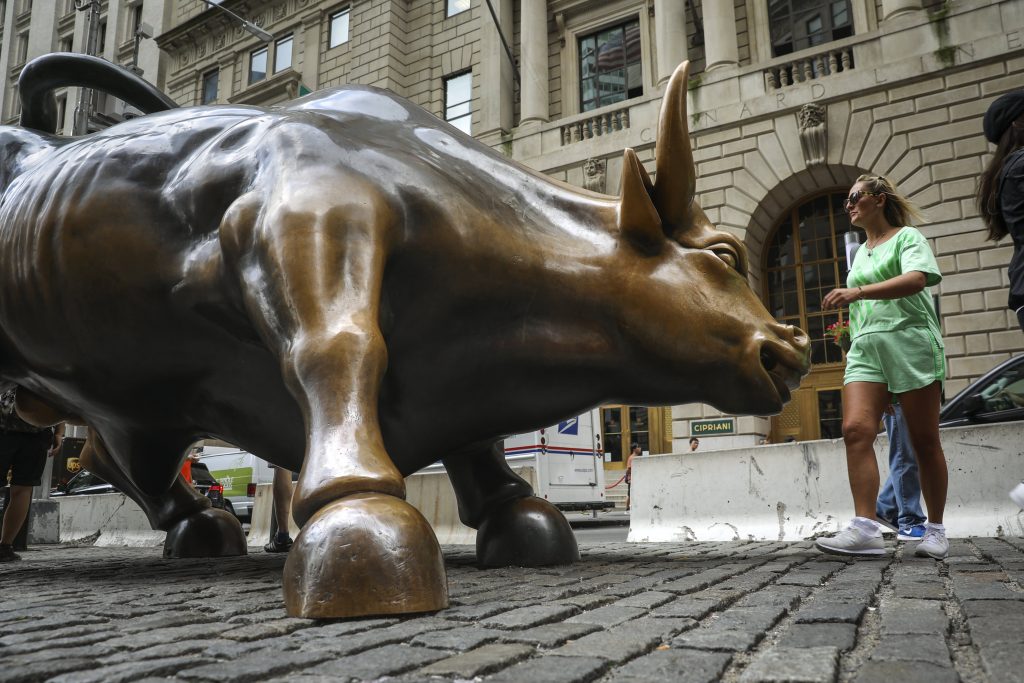