STRASBOURG — The German nominee to take on the EU’s top job is facing a critical test Tuesday, amid criticism of back-door and undemocratic deals.

Ursula von der Leyen, a long-time ally of Chancellor Angela Merkel, was nominated about two weeks ago by the 28 European heads of state as the next person to lead the EU’s executive branch – the European Commission. However, her appointment has yet to be approved by European lawmakers and it is unclear at this stage whether she will get enough support to take on the new role. If von der Leyen fails to get the green light from lawmakers, the EU will enter uncharted waters.

Von der Leyen, one of the longest serving ministers in Germany, has tried to woo European lawmakers over the last two weeks – to convince them she is the right person to become the next European Commission President. Von der Leyen vowed on Monday to make Europe the first climate neutral continent by 2050; to interpret the fiscal rules with “full flexibility” to ensure growth-friendly economies; as well as to keep respecting the rule of law – the framework by which EU countries must respect certain democratic values, including press and judiciary independence.

However, such commitments have not convinced every political family. The Green Party, the leftist group United Left and the Brexit Party have announced they would not be voting in favor of Ursula von der Leyen.

“We were utterly disappointed,” Reinhard Butikofer, co-chair of the Green Party, told CNBC on Monday when asked about the proposals presented by Ursula von der Leyen.

Luis Garicano, vice president of the liberal group Renew Europe, told CNBC Monday that he is “cautiously optimistic” about Tuesday’s vote. He said that there’s been “a lot of progress” from von der Leyen’s side in committing to policies that the liberals want to see implemented in the next five years. “But a few more things need to happen”, he added.

What does it mean if she does not get enough votes?

Ursula von der Leyen needs to get as much as 374 votes to get the new role. If she gets the support of her political family – the center-right European People’s Party (EPP), together with the Liberals and the Socialist Party, von der Leyen could easily get more than the required threshold

Failure to achieve that, European leaders will have one month to come up with a new name.

However, the EU would enter an institutional crisis. The European Parliament has never rejected the candidate chosen by the leaders.

Why should we care?

The next European Commission president will have a key role in setting up the policy direction at the EU level, including on international trade, fiscal policy, Brexit and climate policy.

Some politicians within the EU’s main political families are against her appointment and could choose not to follow their parties’ line. Tuesday’s ballot is secret – which gives lawmakers further room to choose whether to support the German defense minister.

Paulo Rangel, vice-president of the EPP, told CNBC Monday: “We are quite confident that our colleagues from the different groups will be very responsible. They are totally aware that there are some dangers, some threats, especially with the Brexit process…and so we think that at the end there will be a majority in favor of the nomination of Ursula von der Leyen. But we are also conscious that this is not an easy process.”

The Spanish and the Portuguese prime ministers – both members of the European Socialist Group – said Monday on Twitter that the latest commitments by Ursula von der Leyen show that her plan goes in the right direction and the socialist members should support her.

However, the 28 leaders of the EU – prime ministers and presidents that were elected at the national level – struggled to find a consensus that included one of those candidates. As a result, they opted for someone else. Ursula von der Leyen got the backing from all 28 leaders.

Manon Aubry, member of the United Left, told CNBC Monday that her party decided not to support von der Leyen because nobody knew her before the election in May.

“She is the candidate of no one, no one across Europe — whatever the party they’re from — has actually chosen her,” Aubry said.

Adding to the criticism, von der Leyen’s name has been involved in a controversy surrounding misspending and mismanagement while she led the German defense ministry. Some German lawmakers oppose her due to this and Von der Leyen might still be questioned by German authorities in connection to this issue, even if she becomes commission president.

Ursula von der Leyen announced Monday that independently of the outcome of the vote, she will step down as German defense minister as of Wednesday.

Buttigieg: White Americans "can't be defensive" when talking about race

Tue Jul 16 , 2019
Mayor Pete Buttigieg, one of the two-dozen Democrats running for president, believes hesitation by some white Americans to speak frankly and openly about race and socioeconomic privilege is a major roadblock in elusive efforts to enact comprehensive criminal justice reform and address racial disparities in the U.S.  “I think the […] 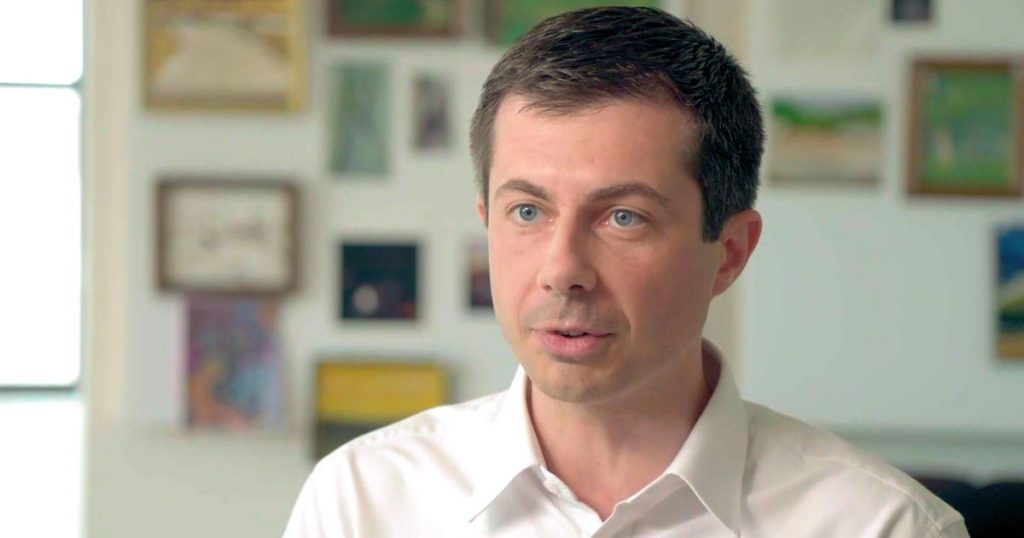