LONDON (Reuters) – The European Union set out its third wave of reforms in six years on Thursday to try to build a seamless securities market that can compete better with London and New York, a step that will pit stock exchanges against rival platforms.

The EU project to create a capital markets union (CMU) suffered a blow when Britain and its large financial sector left the bloc.

To keep the project on track, the EU’s executive European Commission proposed establishing a “tape” or record of stock and bond prices, and giving investors free information on companies. It also proposed tweaks to long-term investment funds, and plans to better coordinate how they are regulated.

The Commission wants to make it easier to raise money for companies to meet climate goals and recover from the financial blow of the COVID-19 pandemic. Brexit also leaves Brussels with a financial competitor on its doorstep.

The tape of securities prices and single point of information will create a “decisive moment” for CMU when implemented, she said.

“There are a lot of good factors pulling together to make the development of capital market union more likely than if we didn’t have those forces pushing us to sustainability,” she said.

The proposals will need approval from the European Parliament and EU states to become law, with compromises expected.

BATTLE OF THE TAPE

Lawmakers and EU states will face industry lobbying over the proposed consolidated tape to provide stock transaction prices as “close to real time as technically possible” – and at a low cost or free to retail investors.

Exchanges want a 15-minute delay to handing over their data. Banks and investment funds say a tape will be of no use if not in real time.

Rainer Riess, director general of the Federation of European Securities Exchanges, said exchanges now face having to give away data for free, with revenue depending on how many investors subscribe to the new tape.

“Retail investors won’t get anything additional to what they get today from their broker or Google for free,” Riess said.

The Association for Financial Markets in Europe (AFME), which represents investment banks and funds, said a real-time tape was essential for delivering CMU.

Industry officials say Brussels has paid a “ransom” to exchanges by offering them revenue sharing in return for a real-time tape.

Thursday’s proposals make some types of off-exchange or “dark” trading harder, with the aim of funnelling more transactions onto bourses. Industry officials say this could divert business to London, where regulators are taking a more liberal approach since Brexit.

The EU is using its CMU package to make other changes, such as banning payment for order flow or where retail brokers forward clients’ orders to other traders for a fee.

For decades, Trader Joe's employees had to work on Thanksgiving — and it's all because of wine

Thu Nov 25 , 2021
Some grocery stores will be open on Thanksgiving, anticipating your desperate dash for some last-minute dinner ingredients. Trader Joe’s won’t be among them. For more than 30 years, the national chain has shut down so employees “can spend Thanksgiving with family and friends,” says the company’s website. But it wasn’t […] 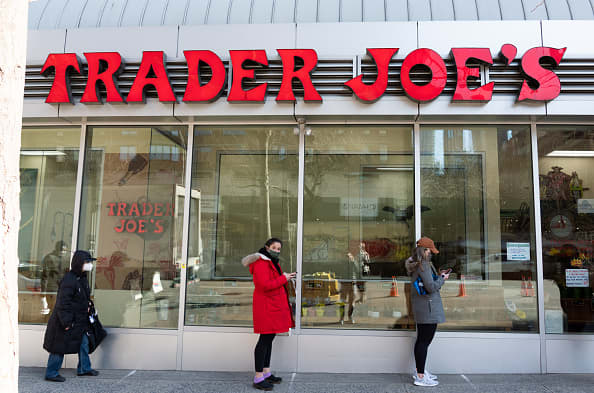