Amberlee Isabella makes candles in her basement in New York’s Hudson Valley. “I’ll make probably about 30 to 50 candles a day, because everything that we have, we make to order.”

It was all her mom’s idea; Amberlee and Elizabeth had never tried this before. “So, then she bought all the candle supplies, and we learned how to make candles off of YouTube,” Amberlee said.

“There is an awful lot of fails before you get it right,” said Elizabeth Isabella.

But they did get it right. And now they create 125 different soy-based candles that celebrate birth months, states and cities.

“Each individual candle not only has its own story, but it’s actually got its own particular scent,” Amberlee said.

And that’s why the year-year-old company is called Scripted Fragrance. Their dog candles are very popular.

Correspondent Nancy Giles asked, “Does that candle smell like a dog?”

“That is a popular misconception!” Amberlee laughed.

Giles, who happens to love beagles, noted there is a candle with a scent that captures the essence of beagle: “A heartwarming blend of friendliness and curiosity with an endless supply of love and energy.”

“It’s actually one of our strongest scents, because they have one of the loudest barks!” Amberlee laughed.

And like thousands of Etsy sellers, they turned what began as a side-interest into full-time jobs.

“And literally people can sell anything?” asked Giles.

“Anything that they’ve made themselves or designed,” he replied. “You can buy everything from the cushion to the couch on Etsy.”

His company’s stock is one of the top performers this year, surging 260 percent.

Silverman paid attention last April when the Centers for Disease Control and Prevention advised Americans to start wearing masks: “One of the first things we did is, we put out an APB, calling all sellers: ‘If you have a sewing machine, start making masks.’ In the second quarter of this year, Etsy sellers sold over $375 million worth of masks.”

From his compact Union City, N.J. studio, Reuben Reuel, who designs Demestik Fashions, said, “The masks have saved my business. Seriously! As I’m making masks, people are asking, ‘Well, I want a matching shirt, I want a matching dress.'”

His grandmother in Virginia was a seamstress. Giles asked, “Did your grandmother teach you how to sew?”

“She did not,” said Reuel. “She was from the old school, so for boys to sew was not something that was, uh you know, keen to her.”

But, as a pastor’s wife – the first lady of the church – her Sunday best did inspire him: “Seeing her with these elaborate church hats on, and she knew how to pull colors together. And that was also something that inspired me in my own designs.”

But even Beyoncé has worn his fashions.

“It doesn’t always turn over into a financial gain,” Reuel said. “But I will say it does allow the brand to have credibility.”

And his grandmother’s thread box watches over everything Reuel sews. “Just having it reminds me of, you know, a history of women who were creative in my life. And it really reminds me of my grandmother. So, I love this box.”

Fact is, the personal connection between sellers and buyers is one of the reasons Etsy does so well. Sellers often write personal notes to their clients.

Silverman said, “Over the past 12 months, there have been over $7.5 billion of goods bought and sold on Etsy.”

And to achieve that strong a brand, the folks at Etsy can be demanding when it comes to how sellers behave.

Giles asked, “There’s a way that Etsy does things, and if you don’t do things the Etsy way, they can be kind of punished? I think a lot of it circles around the free-shipping aspect.”

“So, every buyer now expects free shipping,” Silverman said. “And sellers that do incorporate free shipping are promoted more prominently, and that way buyers’ expectations are met.”

Matthew Cummings sells his house-brewed beer in Knoxville, Tenn. – and, on Etsy, his hand-blown, remarkably-shaped beer glasses. He actually began as a glass-blowing artist, a sculptor, but only so many people could afford his work. “You know, at $6,000 to $14,000, I can’t afford my own work. My friends, my family can’t afford it.”

So, a beer-loving friend suggested he make something that more people could enjoy: glasses. By 2013, he was another Esty success story. “We were backordered by three or four months for, like, two years,” he said.

And today, enthusiastic beer drinkers allow Cummings to combine business and art. “Glass has a ton of personality on its own,” Cummings said. “It’s not like you’re blowing glass and you’re making it do this thing. It’s a conversation, or a dance, with another material that’s very mindful. I start to make something, and then I’ll let the glass decide where we want to go. So, these are more like jazz.”

His quartet of glass blowers makes 200 glasses a day.

Giles asked, “What has Etsy meant to your life?”

“I think Etsy has been life-changing,” Cummings said. “I mean, it’s totally redirected what I’ve been able to do, and expanded what I’ve even dreamed to accomplish. I mean, it was 100% life changing.

By the way, on Etsy, even the sun has style. And it’s for sale!

More students abducted in Nigeria but are quickly rescued 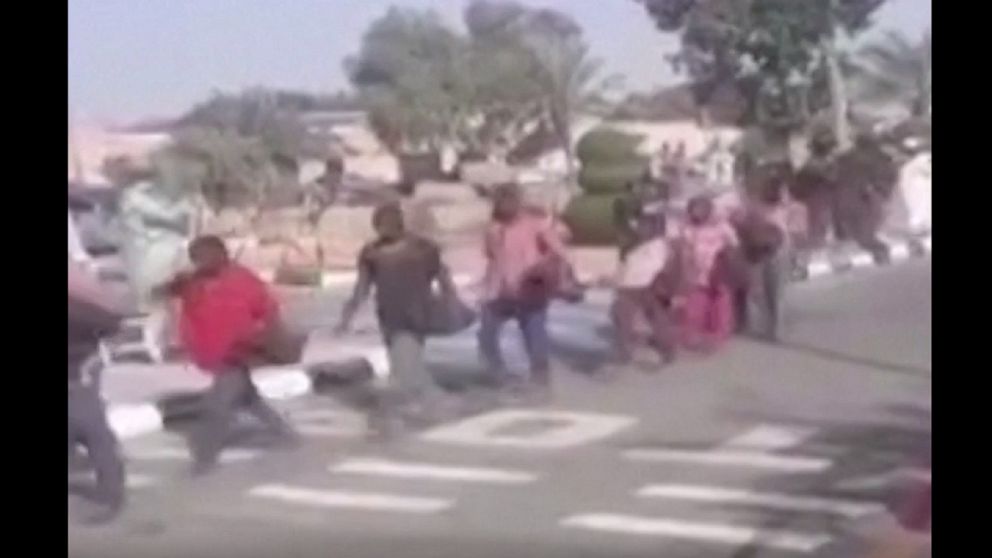