FILE PHOTO: Tim Clark, President of Emirates Airlines, delivers his speech during a presentation of Emirates Boeing 777 at the airport in Hamburg, April 11, 2018. REUTERS/Fabian Bimmer

By Tim Hepher and Victoria Bryan

SYDNEY (Reuters) – The president of Emirates airline said the rare combination of higher oil and a stronger dollar, which usually move in opposite directions, represented a “double whammy” in terms of their impact on costs but that passenger demand remained strong.

“We have very strong summer bookings at higher prices,” Tim Clark told reporters at an airlines summit in Sydney, adding Emirates [EMIRA.UL] was monitoring those trends for any sign higher ticket prices were hurting demand.

Global airlines body IATA on Monday downgraded its profit forecast for the industry, citing higher oil and labor costs, but also said yields, a proxy for air fares, were expected to rise 3.2 percent this year.

IATA has cautioned that rising fares as airlines seek to make up for higher costs could temper growth in demand.

Clark, however, said he had not seen any sign of this yet and that the airline had managed to raise prices for the summer without hurting bookings. “The velocity of growth (in bookings) exceeds what we had seen last year,” he added.

Some analysts warn that price-sensitive passengers who upped their spending when fares were down amid lower oil prices, would quickly evaporate when prices moved higher.

“If airlines have to start putting prices up you can actually see a very quick fall in that growth rate,” said analyst Peter Harbison, chairman of CAPA-Centre for Aviation.

However, Emirates said it had no current plans to expand the so-called “fifth freedom” flights to the United States, services which have irked some U.S. airlines critical of the Dubai-based airline’s growth.

“Fifth freedom” flights are ones where an airline from one country operates between two different countries. For example, Emirates operates two such flights between Milan and New York and between Athens and Newark.

The United States last month agreed a deal with the United Arab Emirates and in January with Qatar to resolve claims from the three largest U.S. carriers that Gulf airlines had received unfair government subsidies.

UAE, as Qatar did in January, told the United States that the two UAE airlines have no current plans to add additional fifth freedom flights.

Some in the United States have suggested the deal stops the Gulf carriers from adding fifth freedom flights, but Clark said the agreement does not rule out such flights.

“Fifth Freedom” routes are not central to Emirates’ business,” he added.

Clark downplayed talk of a global pilot shortage, saying availability was back to normal.

As for aircraft availability, Boeing is on schedule to deliver the first upgraded 777X in June 2020, he said.

The world’s largest twin-engined passenger jet, which features folding wingtips to allow it to park in existing airport stands, has been hit by engine snags but Boeing has reorganized testing to try to keep it on track.

Clark also said he expected to make a decision soon on engines for the carrier’s latest order of Airbus A380 superjumbos. The planes are due for delivery from 2020.

The General Electric and Pratt & Whitney Engine Alliance venture powers most Emirates A380s, but it lost out to competitor Rolls-Royce on the latest deliveries.

Clark said the Rolls-Royce Trent 900 engines on its A380s has shown good performance on maintenance since being introduced to the Emirates fleet 14-15 months ago.

However, Emirates has delayed some A380 deliveries to allow Rolls-Royce to fix a fan blade problem.

Emirates, which recently announced the launch of premium economy services in a challenge to rivals, plans to install up to 56 of the seats on the double-decker A380s using a bespoke seat design to be sub-contracted out to seat makers, Clark said.

Tue Jun 5 , 2018
Asian markets were narrowly mixed on Tuesday, with most major indexes in the region making tepid moves after rallying in the last session amid improved investor sentiment. Japan’s Nikkei 225 clung to gains, trading higher by 0.09 percent as technology names and insurers edged higher. Those gains were offset by […] 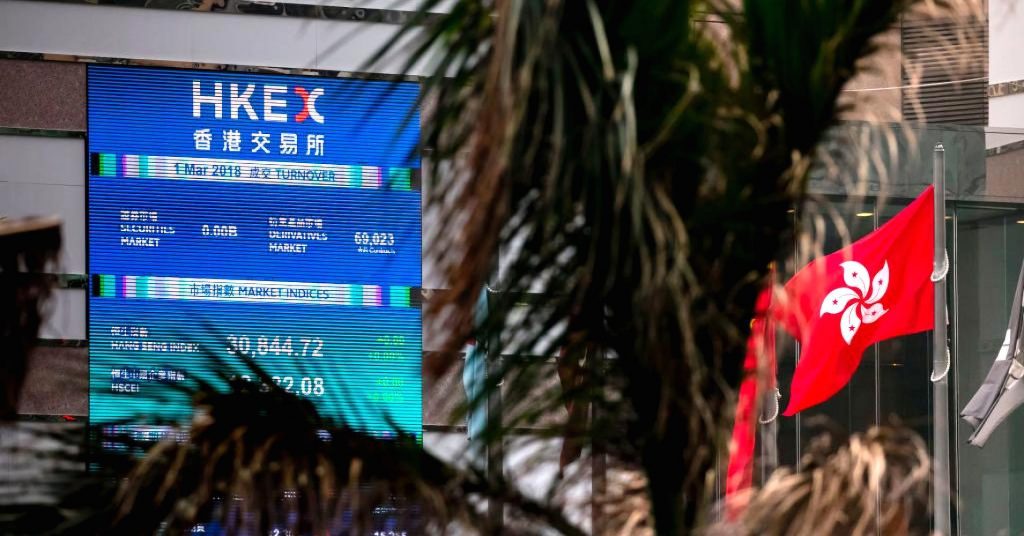