Elizabeth Holmes on the stand

SAN JOSE, CALIF. — In emotional and at times tearful testimony on Monday, Theranos founder Elizabeth Holmes accused ex-boyfriend Ramesh “Sunny” Balwani, who was also the company’s president, of a pattern of physical and psychological abuse, including forced sex.

Holmes, 37, took the stand for her fourth and final day of questioning by her defense attorneys, with the prosecution next up in what’s sure to be a heated cross-examination. Holmes faces 11 counts of wire fraud and conspiracy to commit wire fraud for her role at the blood-testing company, which collapsed in 2018, a few years after being valued at $9 billion..

While Holmes mentioned Balwani dozens of times in her prior three days of testimony, the topic of abuse didn’t come up until Monday afternoon, as the defense homed in on a central claim it made just ahead of the trial. Her attorneys wrote then that Holmes suffered a “decade-long campaign of psychological abuse” at the hands of Balwani.

Holmes told jurors on Monday that for the decade they were together, Balwani persistently criticized her work ethic, “mediocrity” as an entrepreneur and the fact that she “came across as a little girl.” Physical abuse would follow, she said.

“He would get very angry with me and then he would sometimes come upstairs to our bedroom and force me to have sex with him when I didn’t want to because he wanted me to know that he still loved me,” said Holmes, occasionally fighting back tears.

When asked how Balwani’s behavior affected her relationship with her family, Holmes said it was particularly damaging.

During the trial’s first 11 weeks, the prosecution called to the stand former lab directors, patients, doctors, business partners and investors, as well as journalist Roger Parloff, who wrote the 2014 Fortune magazine cover story, “This CEO Is Out For Blood.”

The prosecution rested on Nov. 19, and later that day the defense surprised the courtroom in calling Holmes as a witness. The Stanford University dropout and former Silicon Valley wunderkind could spend up to two decades in prison if she’s convicted. She pleaded not guilty.

Balwani, who’s 20 years older than Holmes, faces the same charges and will be on trial at a later date. He also pleaded not guilty.

Holmes started Theranos in 2003. Balwani joined six years later and, until his departure in 2016, served as Holmes’ second-in-command. In testimony last week, Holmes said Balwani was in charge of operating the company’s labs and handling financial projections.

Holmes told jurors on Monday that she met Balwani in China. She was 18 at the time, and he was 38.

“I understood that he’d been a really successful business person, that he worked with Bill Gates in the early days of Microsoft,” Holmes said. “I talked to him about wanting to start a company, and a company that I tried to build in high school and I asked for his advice.”

While she was studying at Stanford the following school year, Holmes said Balwani would email her. Holmes dropped out of Stanford her sophomore year to work on company that became Theranos.

Kevin Downey, Holmes’ attorney, asked if there were other reasons she left Stanford.

“I was raped,” a crying Holmes said. (Police agencies told CNBC that they had no record of a report under Holmes’ name.)

She was then asked about the affect that experience had on her life.

Downey asked Holmes whether she talked to Balwani about the incident. Holmes said she did and that, “He said that I was safe now that I had met him.”

During the prosecution’s case, Holmes was painted by a series of witnesses as Theranos’ undisputed leader and the person singularly responsible for all of its key decisions. She picked board members, met with investors and arranged business meetings with potential partners.

‘I needed to kill the person I was’

While she acknowledged in her answers to the defense that some of her behavior was subpar, such as adding drugmaker logos to Theranos lab reports, Holmes insisted that she didn’t intend to mislead patients or investors.

Now Holmes is asking jurors to believe that, for at least a decade of that time, she was under the influence of Balwani.

“He told me I didn’t know what I was doing in business, that my convictions were wrong, that he was astonished at my mediocrity, that if I followed my instincts I was going to fail and that I needed to kill the person I was to become what he called a new Elizabeth that could be a successful entrepreneur,” Holmes said.

She added that Balwani insisted that she work seven days a week if she wanted to be successful and that she only spend time with people who can help with the business.

“He would tell me not to sleep much, eat only foods that would make me pure and would make me have the most energy possible in the company,” she said.

Holmes provided the jury with the backdrop for the text.

“He’s angry with me because he felt when my family came for Thanksgiving he felt neglected,” she said. “This is one of the nights where he, crying, came upstairs and did things to me that I didn’t want and hurt me.”

Downey asked Holmes if she sometimes took notes “after Sunny forced intercourse with you.”

Holmes said she did and referenced a note from February 2015. She said that in the note, “I’m reacting to one of those incidents and I’m writing about the fact that I couldn’t move and couldn’t sit up and that I was lying there swollen and I couldn’t understand why I was hurting myself, why I wasn’t leaving.”

She added, “He had taught me everything that I thought I knew about business and I thought he was the best business person I knew. I think that I didn’t question him in a way that I otherwise would have.”

Holmes said her view started to change in 2016. That’s when the Centers for Medicare and Medicaid Services came in for an inspection, after a series of stories from the Wall Street Journal exposed Theranos’ false promises and technological deficiencies.

“I had gone into that inspection thinking that we had one of the best labs in the world and the findings from that inspection were so fundamentally different than what I had believed,” Holmes said.

She said that following the failed inspection, she hired two lab directors and brought in other lab experts, all to the dismay of Balwani, who left the company soon after those decisions.

“He wasn’t who I thought he was,” Holmes said. “And I realized if I was going to fix the issues and allow the company to see through its potential I had to do that without him in the company.”

Still, Holmes said, in response to a series of questions by her attorney, that Balwani didn’t force her to make any statements to investors, business partners or journalists about Theranos.

Downey asked, “What impact, if any, did your relationship with Mr. Balwani have on your work at Theranos?”

“I don’t know,” she said. “He impacted everything about who I was and I don’t fully understand that.”

At the close of Downey’s questioning, Holmes was asked about the value of the company. She said it had been worth $9 billion. Holmes owned 50%, giving her a net worth of about $4.5 billion, she said, matching the value ascribed to her by Forbes Magazine in 2015. A year later, those shares were worthless.

Holmes told Downey that she had a chance to sell her stock to new investors who were connected to various board members. When asked if she ever sold, she said no.

“I didn’t want to,” she said. “I believed in the company and I wanted to put everything that I had into it.”

“Do those shares have any value now?” Downey asked.

Holmes attempted to make eye contact with each of the jurors as they filed out of the courtroom. Most did not look at her.

WATCH: Elizabeth Holmes takes the stand for the third day

Three ways to play consumer spending in the face of the omicron variant, according to top strategist

Tue Nov 30 , 2021
It was a mixed weekend for the consumer. First, in travel, the TSA screened more than 14 million travelers from Monday through Sunday, more than double last year’s total but still shy of 2019 levels. The emergence of the omicron variant also kept travel stocks on watch to begin the […] 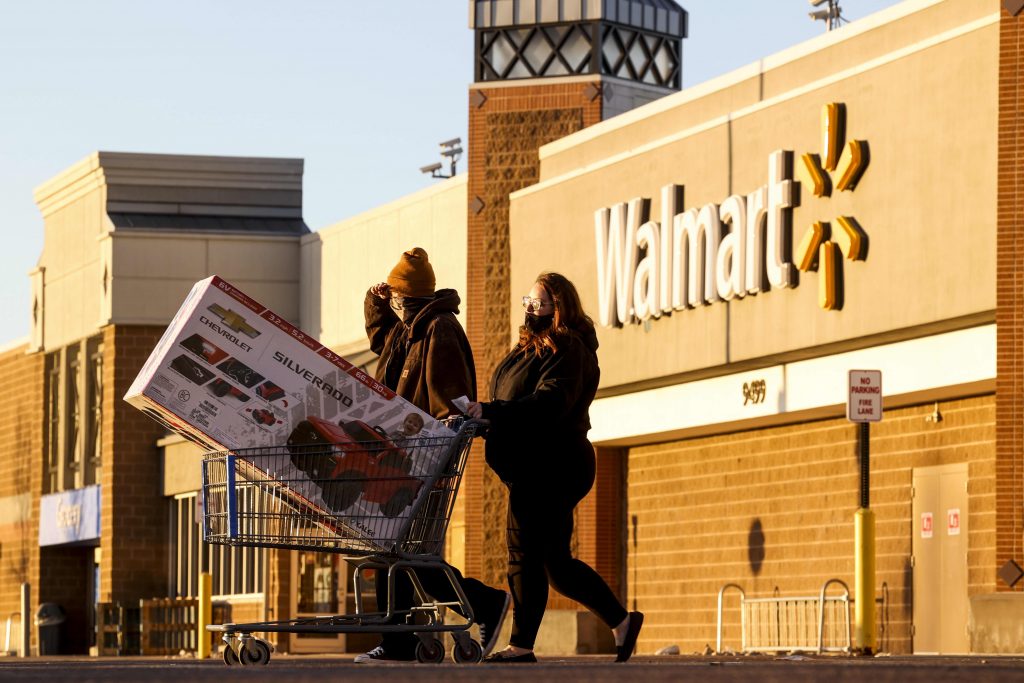