CNBC’s Jim Cramer on Monday identified a handful of SPAC plays that investors could buy as their stocks decline from a hot run closing out 2020.

“The electric-vehicle SPAC plays got incredibly overheated late last year, so when you see them cooling off like they did today … it’s actually a sign of health,” the “Mad Money” host said.

On the first day of trading in 2021, the major averages suffered big drops, and few areas on the market were spared. That includes companies tied to an electrified automotive future, whose stocks went through a brutal session after trading as part of one of the hottest groups on Wall Street in 2020. Many of those stocks posted double-digit falls, compared with a 1.48% decline in the S&P 500.

SPACs, or special purpose acquisition companies, are publicly traded entities that sell stock to raise money to finance the purchase of a private company. Prior to the SPAC making an acquisition, its stock typically sells for $10 a share.

Their shares are all up at least 20% from that level, with many of them doubling, Cramer said.

“This is why you need to be disciplined and take profits when you have them, that way you can treat big sell-offs as buying opportunities,” he said.

Below are his takeaways on six SPAC stocks:

QuantumScape, a battery developer for electric cars, began trading in August. Between late October and late December, the stock increased more than tenfold, closing at a high of $131.67 just days before Christmas.

The stock has since coughed up most of those gains to close Monday below $50 per share, a 62% reversal from its December closing high.

“That’s why I told you to be disciplined and ring the register at $76. It’s now at $51. I think the stock’s worth buying into weakness, but you can afford to be patient here. It’s still worth more than $18 billion, despite having no meaningful sales, let alone profits.”

Shares in Switchback Energy Acquisition, which is merging with electric vehicle charging infrastructure company ChargePoint, suffered their fifth down day in seven trading sessions. The stock rose 363% from early July to mid-December, but has declined 20% in just over a week to $36.78 as of Monday’s close from $46.10.

“Even after falling 8% today, I think it needs to pull back to the mid-20s before getting interesting,” Cramer said.

Stock in Luminar Technologies, which makes lidar sensors for autonomous driving systems, cruised to $41.80 in early December, a big return for investors who bought in at its low near $10 in late October. The stock has given up a quarter of those gains within a month, closing at $31.34 Monday.

The story was much the same for Canoo, the electric-vehicle maker looking to reinvent the manufacturing process. Canoo shares closed at a high of $22 in December, doubling within a month. The stock has since come down double digits, closing Monday at $12.30.

“I think you should let Luminar go lower — lots of insiders potentially ringing the register here — but I’d be a buyer of Canoo down here at $12,” Cramer said.

Arrival is a British electric van and bus manufacturer using microfactories. The company is a takeover target for Ciig Merger, a SPAC with a stock trading at $26.61. The stock price is down from a closing high of $36.23 in early December, which capped a 267% run from July.

XL Fleet, a company that makes hybrid electric powertrains for trucks, enjoyed a 225% gain on the market between late October and late December. Since then, the stock has plummeted about 38% to $20.07 as of Monday’s finish.

“You had to buy it into weakness and sell it into strength. If it comes down a bit more … you have my blessing to do a little buying,” Cramer said.

Tue Jan 5 , 2021
Stock futures held steady in overnight trading on Monday after the S&P 500 suffered its first decline to start a year since 2016. Futures on the Dow Jones Industrial Average rose 20 points. S&P 500 futures gained 0.1% and Nasdaq 100 futures were little changed. The moves in futures came […] 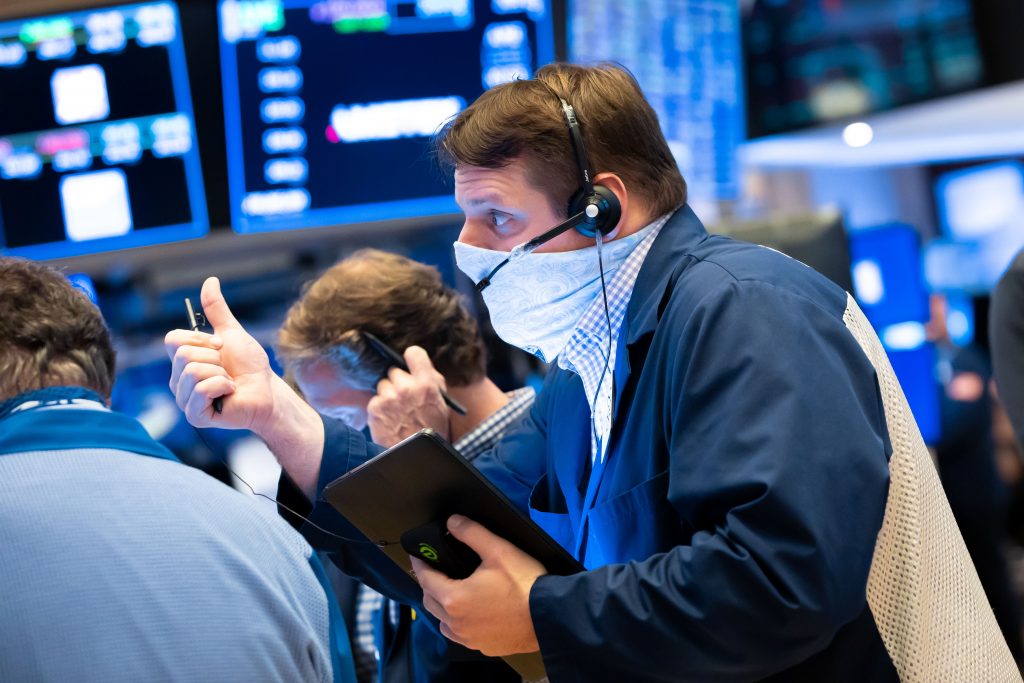