U.S. President-elect Joe Biden looks at his watch as he arrives arrives to announce former South Bend, Indiana Mayor Pete Buttigieg as his nominee for secretary of transportation during a news conference at Biden’s transition headquarters in Wilmington, Delaware, U.S., December 16, 2020.

The final step in confirming Joe Biden as the next president of the United States is set for Wednesday afternoon as Congress convenes in a joint session to certify that he defeated President Donald Trump in the Electoral College vote.

With Democrat Biden’s 306 electoral votes — 36 more than needed — the process normally would be a formality. But this year, it may take days because of what is likely to be a doomed effort by Trump to overturn his defeat, based on his false claims that he lost as the result of widespread ballot fraud.

The process is scheduled to begin at 1 p.m. ET, with Vice President Mike Pence presiding as the states’ certifications of their election results are unsealed in alphabetical order and a count of the Electoral College ballots is done.

Pence’s role, which involves reading the vote tallies as they are unsealed and asking Congress if there are any objections, is traditionally a ceremonial one.

But in the lead-up to the joint session of Congress, Trump publicly heaped pressure on Pence to intervene, falsely claiming the vice president has the power to reject electoral votes that were cast weeks earlier by electors confirmed by their states’ governors.

“All Mike Pence has to do is send [the electoral votes] back to the States, AND WE WIN,” Trump tweeted. “Do it Mike, this is a time for extreme courage!”

The president’s assertion came after the Trump campaign pushed back on New York Times reporting that Pence told Trump he had no power to block the certification of Biden’s win.

A baker’s dozen of Republican senators and dozens of GOP House members, however, have indicated they will object to certifying electors from several battleground states that gave Biden his margin of victory.

While those objections could trigger a formal debate in both chambers of Congress, Biden is expected to be confirmed as president.

That’s because Democrats hold a majority in the House, and enough Republican senators have said they would join Democrats in the Senate in opposing objections to Biden’s slate of electors.

Overturning a state’s Electoral College result requires the agreement of both chambers of Congress.

Biden is scheduled to be inaugurated two weeks from Wednesday.

Wed Jan 6 , 2021
A passerby spotted a wandering llama in a field off an interstate in Massachusetts and with the help of an animal control officer, brought it to a farm for safekeeping ByThe Associated Press January 6, 2021, 4:11 PM • 2 min read Share to FacebookShare to TwitterEmail this article NEWBURYPORT, […] 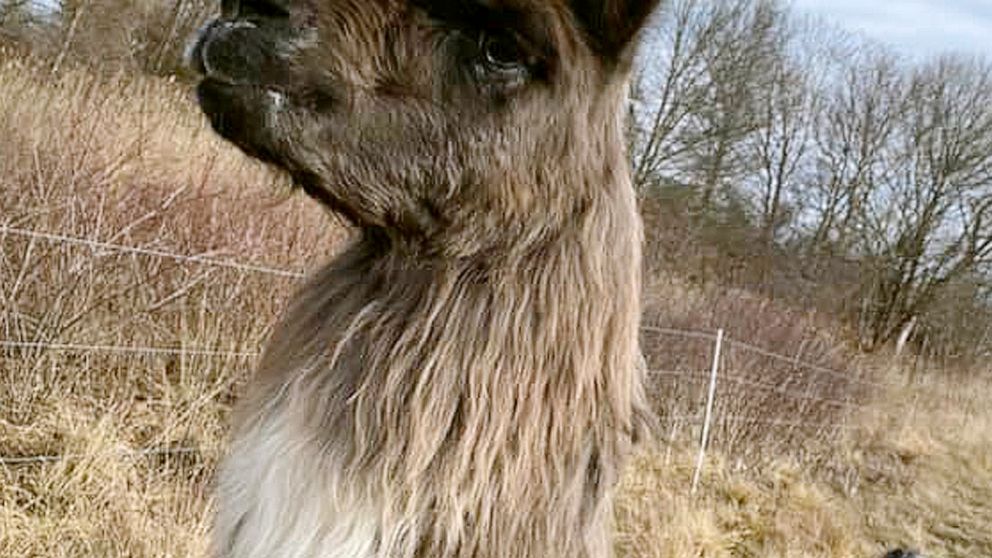