ROME (Reuters) – The election of Prime Minister Mario Draghi as Italy’s new president “is feasible” if there is a plan in place for his succession as premier, former Prime Minister Matteo Renzi and leader of the co-ruling Italia Viva party was quoted as saying on Friday.

“If there is a game scheme ready for the ‘after Draghi’, then operation Draghi is feasible. Nobody will accept to lose such a valued premier without having certainty on the future (of the government),” Renzi told daily La Stampa in an interview.

Italy’s parliament will start voting on Monday for a new head of state to replace Sergio Mattarella and Draghi has long been viewed as the favourite to win, with parties in his government rallying behind him in an effort to maintain political unity and prevent an unseemly scrap.

Small parties like Renzi’s Italia Viva could become decisive to resolve potential deadlocks in the vote.

Fri Jan 21 , 2022
FILE PHOTO: Oil and gas tanks are seen at an oil warehouse at a port in Zhuhai, China October 22, 2018. REUTERS/Aly Song/File Photo January 21, 2022 By Yuka Obayashi TOKYO (Reuters) -Oil prices fell on Friday, after rising to seven-year highs this week, as investors took profits after a […] 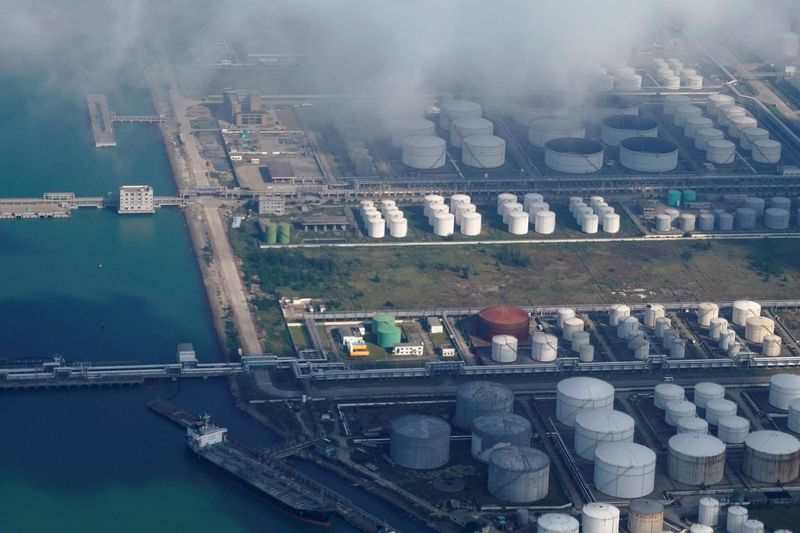