CAIRO (Reuters) – Egypt’s economy is expected to grow 5.5% in the fiscal year that began on July 1 and 5.7% the following year, a Reuters poll showed, as Cairo wraps up an IMF-backed economic reform program.

The forecast growth for the current fiscal year was below the government’s target of 6-7% and slightly under last year’s reported growth of 5.6%.

Forecasts were similar to a Reuters survey of economists released three months ago but analysts’ median forecast for fiscal 2020/21 was lowered marginally to 5.7% from 5.8%.

Next month, Egypt will complete a three-year economic reform program tied to a November 2016 IMF loan which has been disbursed in full. The program was designed to reduce Egypt’s budget and current account deficits.

The measures hit Egyptians hard, and the private sector has struggled to create enough jobs for Egypt’s booming population of 100 million. The government said in July about a third of Egyptians lived below the poverty line of 8,827 Egyptian pounds ($546) a year in fiscal 2017/18.

Egypt’s non-oil private sector contracted for the second consecutive month in September, according to the IHS Markit Egypt Purchasing Managers’ Index (PMI). It has expanded in only six months since the 2016 IMF accord, according to the PMI.

The country will need to create jobs for 3.5 million people over the next five years, the IMF said in its fifth review of the reform program released this month.

Egypt has also struggled to attract foreign investment since the 2011 uprising that ended Hosni Mubarak’s three-decade rule, except in its oil industry which has seen renewed interest after the Mediterranean’s largest gas field was discovered off Egypt in 2015.

“As of now, capex growth indications still remain muted,” said Allen Sandeep, head of research at Naeem Brokerage. “Assuming interest rates are cut by another 300 basis points, the hope for 2020 and 2021 is that pent-up demand finally kicks in.”

“Retail lending growth has now crossed 20% and could rise to more than 30% next year – for us, an indirect sign that the private non-oil economy could finally flourish,” Sandeep added.

The Central Bank of Egypt (CBE) made two consecutive cuts to Egypt’s overnight lending and deposit rates in August and September. It cut rates by a cumulative 250 basis points, with deposits now at 13.25% and lending at 14.25%.

Analysts expect the CBE to make further rate cuts before the end of 2019 as inflation decelerates.

The new consensus saw a marked improvement in expectations from three months ago, when analysts foresaw inflation this fiscal year at 13.0%.

“We expect prices to continue to decelerate in October 2019 before rising to high single digits by the end of the calendar year (2019) as they come off a lower base from the previous year,” said Jacques Verreynne, an economist at NKC African Economics.

(Polling by Md Manzer Hussain in Bengaluru; reporting and writing by Yousef Saba; editing by Patrick Werr and Giles Elgood)

Wed Oct 23 , 2019
President Donald Trump’s lawyers are ready to urge a federal appeals court to reverse a lower-court’s conclusion that his tax returns can be turned over to state prosecutors. The lawyers will appear before the 2nd U.S. Circuit Court of Appeals in Manhattan on Wednesday morning to urge a three-judge panel […] 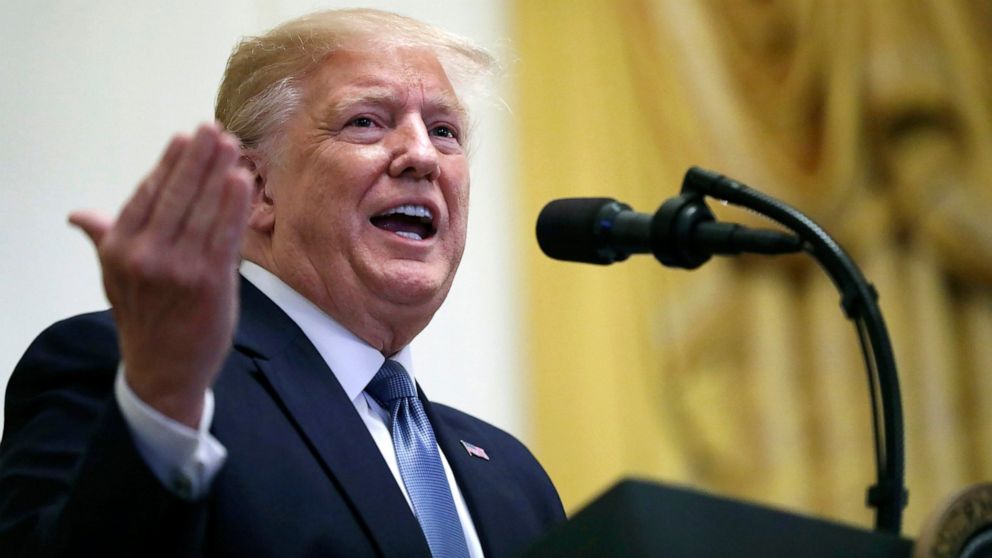