US Secretary of Education Betsy DeVos attends the “Getting America’s Children Safely Back to School” event in the State Room of the white House in Washington, DC, on August 12, 2020.

Education Secretary Betsy DeVos resigned Thursday night, blaming President Donald Trump for rhetoric that fueled the “unconscionable” invasion of the U.S. Capitol by a mob of his supporters.

DeVos is the second member of Trump’s cabinet to quit because of the riot Wednesday, which flooded the halls of Congress, postponing the confirmation of Joe Biden‘s victory in the presidential election.

Earlier Thursday, Transportation Secretary Elaine Chao said she would resign. A number of other Trump administration officials also have quit since Wednesday over the riot.

In a letter to Trump, which said she would leave office Friday, DeVos listed what she said were the successes she and Trump had in education policy.

“We should be highlighting and celebrating your Administration’s many accomplishments on behalf of the American people,” DeVos wrote.

“Instead, we are left to clean up the mess caused by violent protestors overrunning the U.S. Capitol in an attempt to undermine the people’s business,” she wrote.

“That behavior was unconscionable for our country,” DeVos wrote. “There is no mistaking the impact your rhetoric had on the situation, and it is an inflection point for me.”

On Wednesday, Trump had spoken to a crowd of supporters outside the White House. During remarks that last more than an hour, the president recycled false claims about having won the election, and repeated allegations, which are not backed by evidence, that Biden was declared the victor as a result of ballot fraud.

Trump also said, “We are going to have to fight much harder,” and urged supporters to march to the Capitol, where Congress was starting the vote counting process.

The crowd soon devolved into a mob that wildly swarmed through the halls of Congress, frightening lawmakers and staffers who sought refuge where they could. Four people died amid the chaos.

DeVos noted that “impressionable children are watching from all of this, and they are learning from us.”

“I believe we each have a moral obligation to exercise good [judgment] and model the behavior we hope they would emulate,” DeVos wrote.

“They must know from us that America is greater than what transpired yesterday.”

She said she was resigning “in support of the oath I took to our Constitution, our people, and our freedoms.”

In her own resignation announcement, Chao had said, “Yesterday, our country experienced a traumatic and entirely avoidable event as supporters of the President stormed the Capitol building following a rally he addressed.”

“As I’m sure is the case with many of you, it has deeply troubled me in a way that I simply cannot set aside,” Chao said.

Chao is the wife of Senate Majority Leader Mitch McConnell, R-Ky., who refused to endorse Trump’s efforts to have Congress block the confirmation of Biden as the winner of the presidential vote in the Electoral College.

Other officials who resigned as a result of the riot included Tyler Goodspeed, acting chairman of the Council of Economic Advisers, deputy national security advisor Matt Pottinger, and Trump’s special envoy to Northern Ireland, Mick Mulvaney, who once served as his chief of staff.

Breaking down the obstacles women face in business

Fri Jan 8 , 2021
Out of the hundreds of companies that go public on the stock market each year, only about 20 have been founded and led by women. Business Insider Editor-in-Chief Alyson Shontell joined CBSN’s Lana Zak to discuss the difficulties women face in business. Free America Network Articles 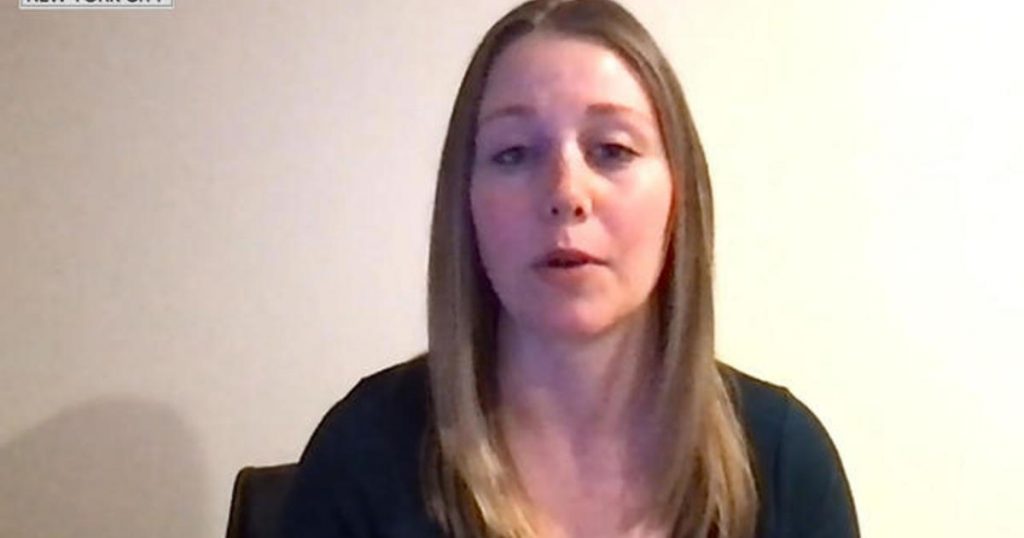