As Sri Lanka reels from the aftermath of the deadly bombings on Easter Sunday, economists have started to assess the potential economic damage from the attacks — with some already downgraded the country’s growth for 2019.

But for the governor of Sri Lanka’s central bank, “it’s far too early” to quantify the economic impact from the attacks, much less revise down a growth forecast.

“This was a bolt out of the blue, really unexpected but we need to get over it. The country and the economy and the people showed tremendous resilience during the civil conflict, so we need to dig deep and really get through this as well,” Indrajit Coomaraswamy told CNBC’s Sri Jegarajah on Thursday in the Sri Lankan capital of Colombo.

The attacks which killed 253 people — revised downward from an earlier announced death toll of 359 — affected confidence and sentiment in Sri Lanka, the central bank governor said. But the overall impact on economic growth depends on how quickly the government can restore normalcy in the country, he added.

Following the series of bombings on Sunday, the Sri Lankan rupee has depreciated by around 0.6% against the U.S. dollar so far this week. The benchmark CSE All-Share index dived 3.63% when the stock market reopened on Tuesday before edging up slightly in the following two days.

Tourism’s total contribution — including spillover impact to sectors such as food and beverage — to Sri Lanka’s GDP was around 11%, according to estimates by the World Travel and Tourism Council.

That’s partly why consultancy Capital Economics has cut its economic growth forecast for Sri Lanka to just 1% from 3.2%. In contrast, Coomaraswamy said the central bank is maintaining its 4% projection for now.

“The experience of other countries suggests tourist arrivals to Sri Lanka will fall sharply and could take many years to fully recover,” said Gareth Leather, senior Asia economist at Capital Economics.

“Arrivals to the Indonesian island of Bali dropped by 40% after terrorist attacks in October 2002 and didn’t return to pre-attack levels for two years. The bombing of a Russian aircraft on Egypt’s Sinai Peninsula in November 2015 had an even worse impact. Arrivals plunged by 50% and took three years to recover,” Leather wrote in Tuesday note.

But Coomaraswamy said there’s a possibility that Sri Lanka’s tourism sector may not be hit so severely. The central bank governor explained that the sector is entering its seasonally slow period, which could help to soften the economic blow.

“By November, if we have clear stability in the country and this problem (has) been put well behind us, then the disruption may not be significant,” he said.

Coomaraswamy explained that tourist arrivals into the country typically moderate in May and June, pick up around July and August before slowing down again ahead of the peak season in November.

“What we’ve seen in the past is one season after a major event, major security event, often the very next season does get affected. But then there is a pick up after that relatively quickly. That has been the pattern in the past,” he said.

Deutsche Bank earnings up in 1st quarter but revenues drop

Fri Apr 26 , 2019
article Deutsche Bank says it saw its profit improve by 67 percent in the first quarter, though revenue dropped 9 percent as proceeds from trading declined sharply. Continue Reading Below Germany’s biggest bank reported details of its January-March earnings on Friday, a day after it abandoned talks on a possible […] 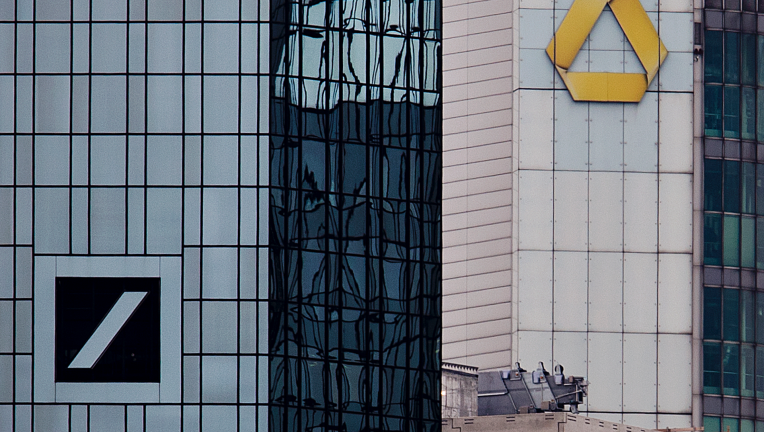