LYON, France (Reuters) – The Netherlands will bid to begin a new era in women’s soccer in Sunday’s World Cup final when they try to stop the all-conquering United States team from claiming a record fourth crown.

It is almost a classic David v Goliath clash, although the Dutch did produce a major shock two years ago when, ranked 12th in the world, they won the European Championship on home soil to lift their first trophy.

The Netherlands have utilized technically-gifted players, like former world player of the year Lieke Martens, to reach the final against the most dominant team in women’s football history.

Both sides are managed by women, Sarina Wiegman coaching the Dutch and Jill Ellis leading the U.S. Of the 24 teams competing at the World Cup, only nine were coached by women.

The U.S., seeking to retain the trophy they won comfortably in Canada four years ago, have been severely tested in this tournament with Ellis saying it has been their hardest ever route to a final.

The Americans were indebted to goalkeeper Alyssa Naeher for saving a late penalty in their 2-1 semi-final win over England on Tuesday. The Netherlands needed extra-time to see off Sweden as a long-range strike from midfielder Jackie Groenen sent them through.

“We watched the USA game against England and of course they are a really strong team. I hope we will be able to play our own game,” Groenen said.

“We never knew this would be possible. It is one more match and we could be world champions. It will be difficult but it will be incredible to win.”

Wiegman, a former midfielder for the national side when they were outside the elite, took over in January 2017 and has led the team to 12 straight wins in tournament football, many coming through late goals.

The U.S. have their own record going with 11 consecutive World Cup wins. Their last defeat was the 2011 final in Germany when they lost to Japan in a penalty shootout.

The result was a major upset for the four-times Olympic gold medalists and Ellis is well aware of the threat posed by the European champions.

“The Netherlands have had a great tournament, obviously coming off the Euros, (we’ve seen) tremendous performances by them,” she said.

Should the U.S. triumph it would mean they have won four out of eight editions of the women’s World Cup.

Questions over whether they are arrogant may still linger, particularly if joint-leading tournament scorer Alex Morgan breaks out another cheeky goal celebration as she did against England.

The Dutch, meanwhile, could cap a remarkable journey in what is only their fifth major tournament, all of them since 2009, and in only their second World Cup finals appearance.

A Dutch win would also be a fitting end to a tournament where the levels of competitiveness in women’s football around the world has shown a marked increase.

Trump: 'If we had a Fed that would lower interest rates, we'd be like a rocket ship'

Fri Jul 5 , 2019
President Donald Trump lambasted the Federal Reserve yet again on Friday, saying he thinks the economy will “be breaking records” even though the central bank has rates set too high. “If we had a Fed that would lower interest rates, we’d be like a rocket ship. But we’re paying a […] 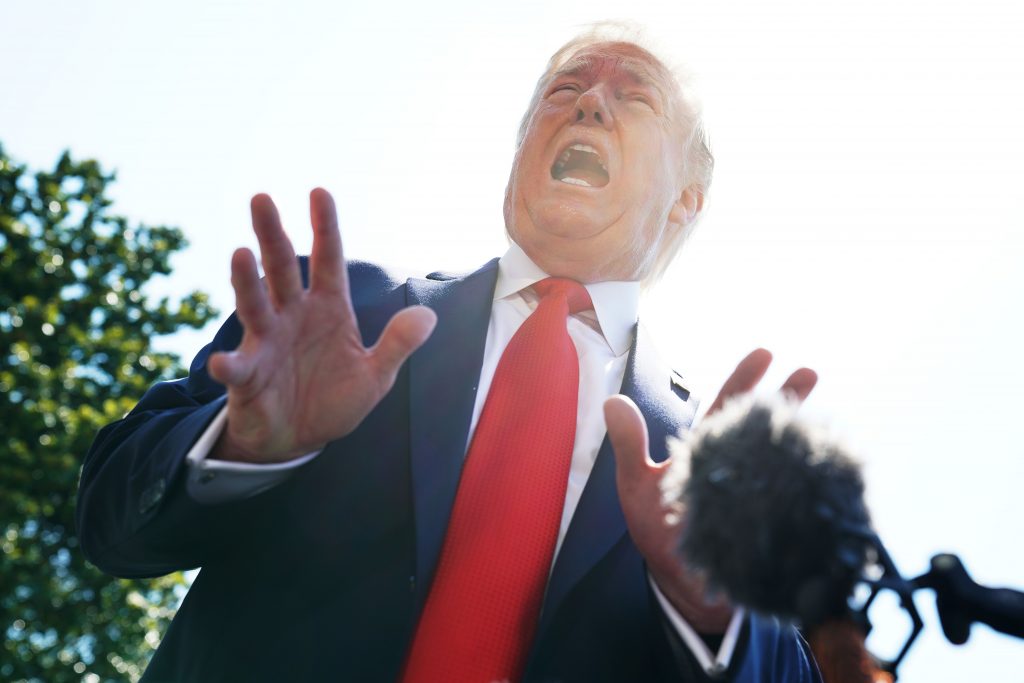