The coronavirus outbreak in the United States will likely get so bad that the country will see more than 1,000 Covid-19 deaths per day for a “sustained period of time,” former Food and Drug Administration Commissioner Dr. Scott Gottlieb said Tuesday.

The U.S. reported more than 84,000 new cases of the virus and 557 new deaths caused by Covid-19 on Monday, according to data compiled by Johns Hopkins University. Though the number of deaths recorded on Mondays tends to fall far below the average, historical data show. The country has reported an average of 835 daily new Covid-19 deaths per day over the past week, according to a CNBC analysis of Hopkins data.

That’s far lower than the daily death toll this spring, when an average of more than 2,000 people were dying each day from the disease, mostly in New York state, according to Hopkins data. During the summer surge that followed Memorial Day, the country reported about 1,000 deaths per day in August, Hopkins data shows.

Gottlieb said the next couple of months could prove to be “the densest phase of the pandemic.”

“We’re probably going to see significant spread across the entire United States in a confluent epidemic that we’re much better prepared to deal with, so I don’t think that we’re going to see the excess death that we saw with the first wave of this pandemic when it struck New York,” he said on “Squawk Box.”

“But the sheer fact that we’re going to be infecting so many people right now is probably going to mean that the death tolls get well above 1,000 for a sustained period of time.”

Gottlieb added that the next couple of months will likely be “the last acute phase of this pandemic that we need to go through” and that 2021 will look better.

The virus is now spreading widely across the country, even more so than it had in earlier phases of the pandemic such as this spring and summer. The seven-day average of daily new cases is up by at least 5% in 38 states and the District of Columbia, according to Hopkins data. Average daily new cases are declining by at least that much in only six states, according to CNBC’s analysis.

“As the nation did after Memorial Day, we are at another critical point in the pandemic response,” Giroir said Wednesday. “Cases are going up in most states across the country. Hospitalizations are up, although we’re still tens of thousands of hospitalizations below where we were in July, but that is rising. And we are starting to see the increase in deaths.”

The average number of currently hospitalized Covid-19 patients is up by at least 5% in 40 states and the District of Columbia, according to a CNBC analysis of data from the Covid Tracking Project, which tracks testing, hospitalization and other data on the outbreak. It’s run by journalists at The Atlantic.

Average hospitalizations are down in just two states: Delaware and Hawaii, according to CNBC’s analysis.

Doctors and scientists have achieved a few advances in treating Covid-19 that has cut the death rate of the disease, which is caused by the coronavirus. Gilead‘s antiviral drug remdesivir has been shown to hasten the recovery of some patients and the steroid dexamethasone has significantly reduced the risk of death for severely sick patients.

But Gottlieb said the U.S. outbreak still threatens to overwhelm hospitals, arguing the current outbreak is so widespread across the whole country, it will be more difficult to surge scarce resources, such as trained health personnel, to where they’re needed most.

“It’s going to be a concern,” he said Tuesday. “There’ll be parts of the country that get very pressed, and the challenge is that because you have a more diffuse epidemic across the whole country you’re not going to be able to back stop that many local regions that have very dense epidemics.”

A nationwide shutdown in the U.S., like those seen recently in parts of Europe, including France and the United Kingdom and across the world at the beginning of the outbreak, is unlikely, Gottlieb said.

“It’s going to continue to build over the next three weeks and Thanksgiving will probably be an inflection point where the spread will be so diffused that the month of December, I think we’re going to have to take more targeted measures to try to slow down certain activities,” he said.

Disclosure: Scott Gottlieb is a CNBC contributor and is a member of the boards of Pfizer, genetic testing start-up Tempus and biotech company Illumina. Pfizer has a manufacturing agreement with Gilead for remdesivir. Gottlieb also serves as co-chair of Norwegian Cruise Line Holdings′ and Royal Caribbean‘s “Healthy Sail Panel.”

What to watch: The pathways to 270 electoral college votes

Tue Nov 3 , 2020
CBS News Elections and Surveys Director Anthony Salvanto takes “CBS This Morning” through each candidate’s path to 270 electoral college votes and what to watch for Tuesday night as results come in. CBS News chief Washington correspondent Major Garrett also joins the show to discuss the 2020 presidential election and […] 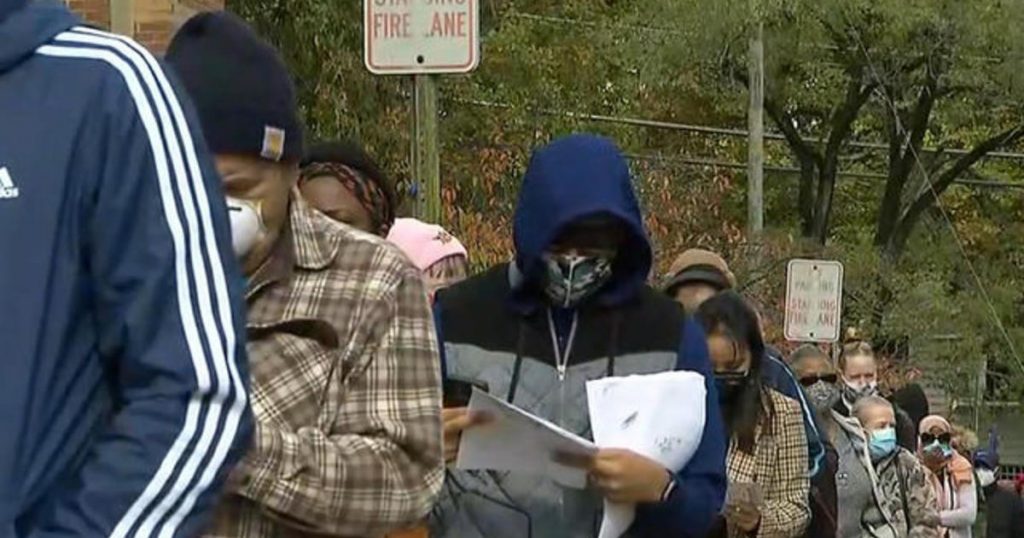