Stocks jumped on Thursday on hopes the winner of the U.S. presidential and congressional elections would soon be determined, with shares of major tech-related companies leading the gains.

Those gains put the major averages on pace for their biggest weekly gains since April. The Dow was up 7.1% week to date. The S&P 500 and Nasdaq were up 7.4% and 9%, respectively, over that time period.

Facebook and Amazon both gained more than 2%. Netflix, Apple and Microsoft each closed more than 3% higher. Shares of Facebook have also gained 12% this week. Amazon and Apple have risen 9.4% and 9.3%, respectively, over that time period while Microsoft has popped 10.3%.

Investors in this high growth sector cheered a potential divided government as it likely means taxes won’t go up, antitrust scrutiny could stay in check and the China trade war doesn’t get any worse.

“Investors are content with a divided-government scenario,” said Brian Jacobsen, senior investment strategist at Wells Fargo Asset Management. “In that scenario, there’s not that much the president can do” in terms of policy.

NBC News projects that former Vice President Joe Biden is the winner in Wisconsin and Michigan, both states that President Donald Trump won in the 2016 presidential election. Biden would then be just 17 Electoral College votes away from winning, NBC News reported Wednesday.

To be sure, the Trump campaign said it would seek a recount in Wisconsin. Meanwhile, a Pennsylvania appeals court ordered the state to set aside mail-in ballots with pending ID-verification issues not be counted until the court makes a further decision. The campaign also filed a suit in Georgia seeking to require all counties there to separate ballots that arrive after the voting deadline from other, “legally cast ballots.”

NBC News has yet to call the battleground states of Arizona, Nevada, Georgia, Pennsylvania and North Carolina. But even though the presidential race is still in question, investors cheered the prospects of a divided government as that would curb most efforts by Democrats to raise corporate taxes or regulate Big Tech.

“With no blue wave, we are likely to see the Senate remain very closely divided, which will constrain the policy options of whoever wins the presidency. That probably rules out any substantial activity on taxes, as well as limiting any actions to control the major tech firms,” said Brad McMillan, chief investment officer at Commonwealth Financial Network.

Sentiment on Thursday also got a boost from better-than-expected earnings out of Qualcomm and General Motors. Qualcomm’s stock popped 12.8%. General Motors shares gained 5.4%.

Thu Nov 5 , 2020
Peloton on Thursday reported quarterly sales growth of 232%, exceeding the company’s expectations, as consumers turned to its bikes and treadmills to work out from home during the coronavirus pandemic. The bike maker raised its revenue outlook for fiscal 2021, and now expects to report $3.9 billion or more in […] 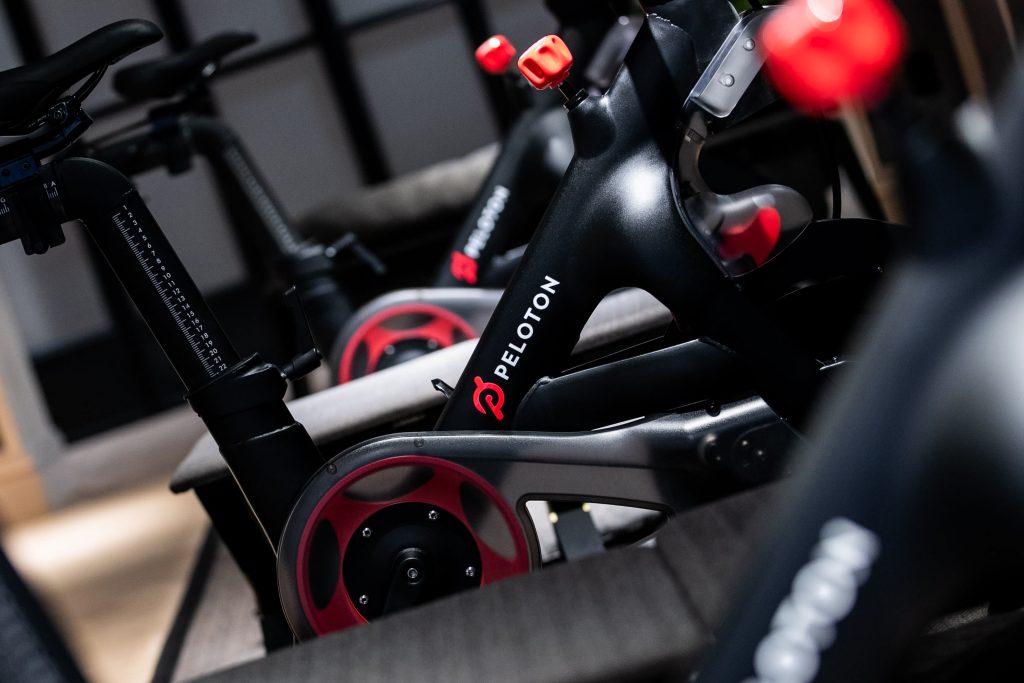