The Dow Jones Industrial Average and the S&P 500 rose for a second day on Friday as the major averages clawed back their losses from earlier in the week, but the tech sector came under pressure again amid another drop in bitcoin price.

Bitcoin, which shook markets earlier in the week with a 30% collapse, dropped again on Friday after Chinese Vice Premier Liu He warned about bitcoin mining and trading behavior, saying tighter regulation is needed to protect the financial system. The price last traded 5% lower below $38,000. Crypto-linked shares including Coinbase and MicroStrategy turned red on the headline. Tesla pared gains and last traded up 0.1%.

Shares of Nvidia jumped 3% after the chip giant announced a 4-for-1 stock split. The shares increased even though the split adds no actual value to the stock.

Gains were relatively broad across sectors on Friday. Cruise lines advanced after Carnival said some brands would resume cruises in July. Carnival added 1%.

With Friday’s advance, the S&P 500 turned flat for the week. The Nasdaq Composite is up 0.7% this week, positioned to break a four-week losing streak. The blue-chip Dow is slightly lower on the week.

Boosting sentiment Friday was a gauge for U.S. manufacturing activity that surged to a record high this month. The IHS Markit Flash U.S. Manufacturing Purchasing Managers’ Index jumped to an all-time high of 61.5 in May from 60.5 in April. Economists polled by Dow Jones had expected the index to hold steady.

In another sign of market confidence, new IPO Oatly, which jumped 18% on Thursday in its Nasdaq debut, was up 13% on Friday.

From anti-Tesla design to huge frunk: 5 things to know about the electric Ford F-150 Lightning

Fri May 21 , 2021
Ford officially unveilied the new electric F-150 Lightning pickup on May 19, 2021 at its world headquarters in Dearborn, Mich. Michael Wayland / CNBC DETROIT — If anyone doubted the importance of the electric Ford F-150 Lightning to Ford Motor, they shouldn’t after the vehicle’s theatrical debut at the automaker’s […] 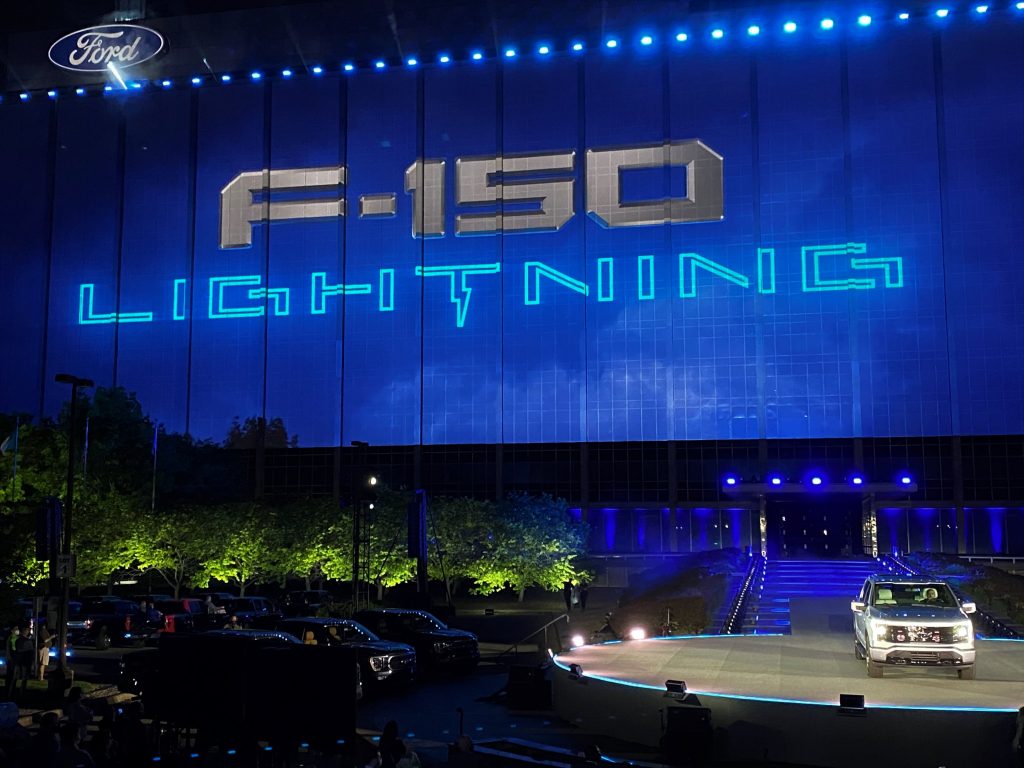