U.S. stocks rose on Wednesday, recovering most of from Tuesday’s slide, after President Donald Trump tweeted support for aid to airlines and other stimulus measures.

It was unclear whether this meant Trump was walking back his halt of stimulus talks with Democrats, a move which knocked the Dow Jones Industrial average down by more than 300 points on Tuesday.

Shares of Amazon, Apple and Netflix — companies that would do well without further stimulus — led the way higher. Amazon and Apple were up more than 1% each. Netflix gained 2.2%.

President Trump urged Congress to approve airline payroll support, saying that money and aid for small business could be paid for with unused funds from the previous stimulus.

Shares of United Airlines gained more than 3%. Delta gained 2.5%. Airline stocks also got a boost after a JPMorgan analyst upgraded several companies in the industry.

Trump also urged Congress in a tweet to approve $1,200 stimulus checks for Americans.

In regular trading on Tuesday, the Dow Jones Industrial Average closed down 375 points after Trump tweeted the White House is halting talks with Democrats about a second coronavirus stimulus deal. Earlier in the session, stocks rallied in hopes that there would be a second relief package to prop up markets as the coronavirus outbreak continues.

Wed Oct 7 , 2020
Larry Kudlow, President Donald Trump’s top economic advisor, said on Wednesday that the president returned to the Oval Office on Tuesday. But Kudlow declined to say whether Trump wore a mask while there. “The president actually showed up in the Oval Office yesterday with extra precautions with respect to his […] 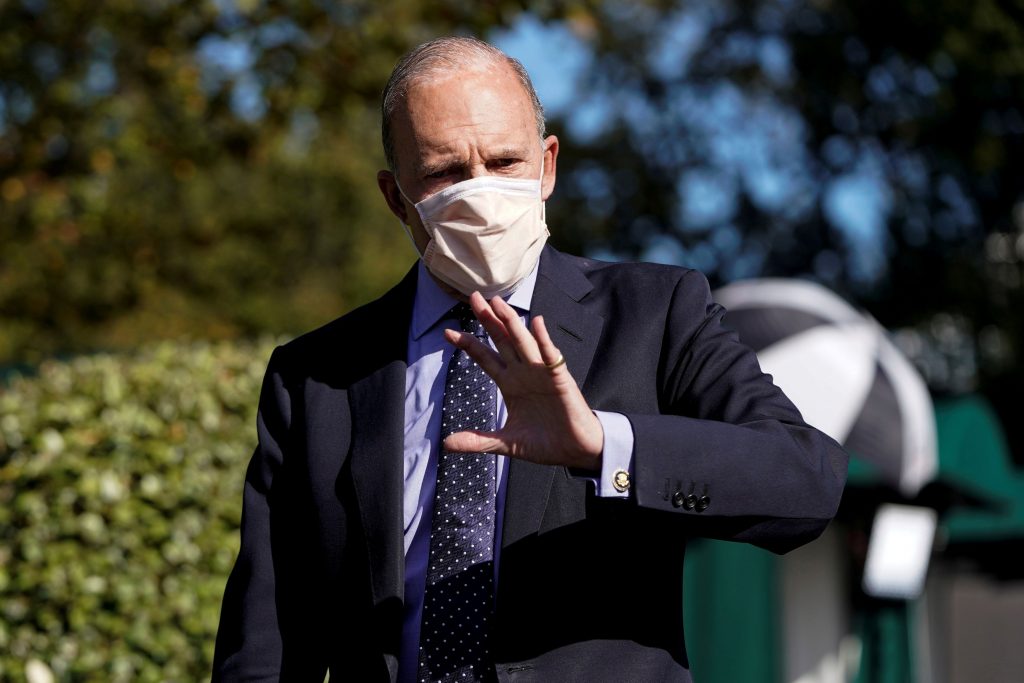