U.S. stock futures rose in morning trading Tuesday as investors await a slew of major technology earnings with the broader market at a record high.

Dow futures were up about 114 points. S&P 500 futures and Nasdaq 100 futures also both traded solidly in positive territory.

Shares of Intercontinental Exchange jumped 3.7% premarket, the day after CNBC reported that Mastercard will partner with ICE’s spinoff Bakkt in a move to allow customers to integrate cryptocurrencies into their products. ICE will provide behind-the-scenes custodial services for those that sign up.

In other earning news, Dow component 3M gained 2.2% premarket after beating earnings on the top and bottom lines.

Investors will get a look Tuesday at the real estate market, when the S&P CoreLogic Case-Shiller housing prices data for August is released at 9 a.m.

Economists surveyed by Dow Jones expect that a 20-city average in the biggest U.S. markets will show prices up 19.8%, about in line with the 19.9% increase in July.

New residential sales data for September also will be out at 10 a.m., with estimates for 760,000 new sales, an increase of 2.7%, compared to 740,000 and 1.5% respectively in August. the same time the Conference Board releases its consumer confidence index for October, with a reading of 108 expected for October, compared to September’s 109.3.

The Dow Jones Industrial Average and S&P 500 closed at record highs on Monday. The Dow gained 64 points. The S&P 500 gained 0.5%, helped by a 12% rally in Tesla’s stock as the electric carmaker hit a $1 trillion market capitalization for the first time.

The Nasdaq Composite was the outperformer, rising 0.9%. The technology-focused average is about 1.1% from its record high.

Technology darlings Alphabet and Microsoft report earnings after the bell on Tuesday. Other key reports include 3M, Eli Lilly, General Electric, UPS and Visa. Microsoft bulls are expecting a strong quarter for Microsoft, bolstered by its key Azure business. Analysts are expecting Alphabet earnings to come in 43% higher year over year.

As of the close on Monday, 84% of the 117 companies in the S&P 500 that have reported earnings beat expectations, according to Refinitiv. S&P 500 companies are expected to grow profit by about 35% in the third quarter.

“Earnings season is off to another great start, but now the big test is will the big tech names step up? With stocks at all-time highs, the bar is indeed quite high and tech will need to impress to help justify stocks at current levels,” said Ryan Detrick, chief financial strategist at LPL Financial.

Why the next electric battery boom may be in cargo ships

Tue Oct 26 , 2021
A cargo ship filled with containers moves through New York Harbor as it heads out to the Atlantic ocean on October 12, 2021 in New York City. Spencer Platt | Getty Images The dozens of diesel-operated cargo ships floating off the coasts of Los Angeles and Long Beach in California […] 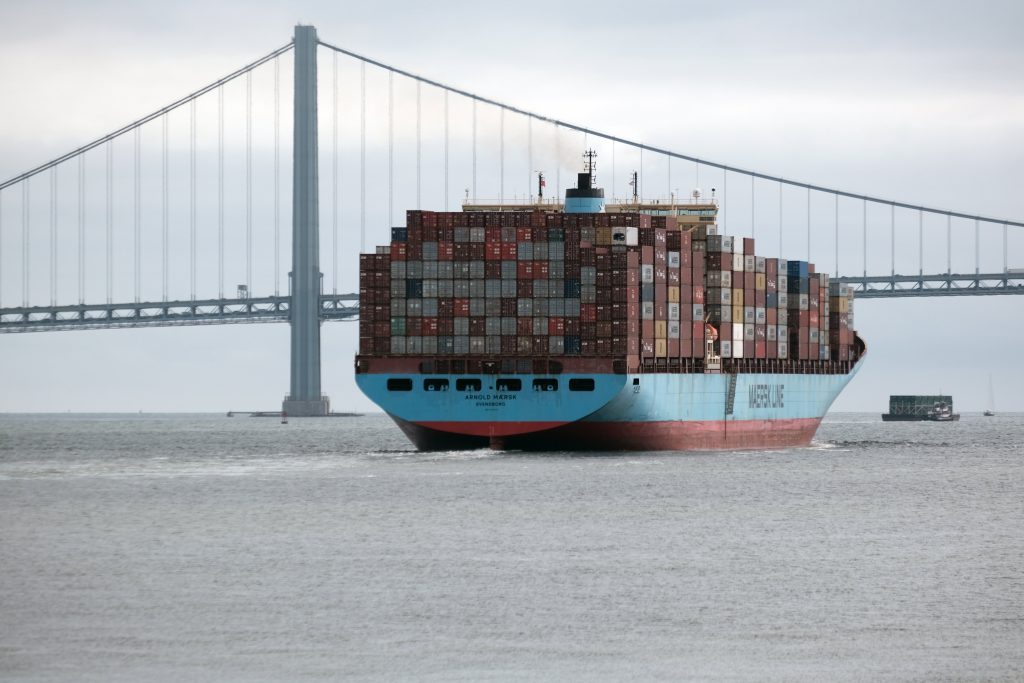