Futures for the Dow Jones Industrial Average fell 817 points, or 2.3%. S&P 500 futures lost 1.8% and Nasdaq 100 futures shed 1%. Friday is a shortened trading day because of the Thanksgiving holiday with U.S. markets closing at 1 p.m. ET.

The downward moves came after WHO officials on Thursday warned of a new Covid-19 variant that’s been detected in South Africa. The United Kingdom temporarily suspended flights from six African countries due to the variant. Israel barred travel to several nations after reporting one case in a traveler. Two cases were identified in Hong Kong.

Bond prices rose and yields tumbled amid a flight to safety. The yield on the benchmark U.S. 10-year Treasury note fell 13 basis points to 1.511% (1 basis point equals 0.01%). This was a sharp reversal as yields jumped earlier in the week to above 1.68% at one point. Bond yields move inversely to prices.

Asia markets were hit hard in Friday trade, with Japan’s Nikkei 225 and Hong Kong’s Hang Seng index both falling more than 2% each.

Travel-related stocks were hit hardest with Carnival Corp. and Royal Caribbean down more than 10% apiece in premarket trading. United Airlines, Delta Air Lines and American Airlines were each down more than 7%. Boeing lost 6%. Marriott International and Hilton Worldwide fell more than 5%.

Bank shares retreated on fears of the slowdown in economic activity and the retreat in rates. Bank of America, Goldman Sachs and Citigroup were each down more than 4%.

Industrials linked to the global economy declined led by Caterpillar off by 3%. Dow Inc. shed 2%.

Chevron dropped nearly 5% as energy stocks reacted to the rollover in crude prices.

On the flip side, investors huddled into the vaccine makers. Moderna shares gained more than 8%. Pfizer shares added 5%.

Some of the stay-at-home plays that gained in the earlier months of the pandemic were higher again. Zoom Video added 9%. Netflix was up 2%.

Markets were closed on Thursday for Thanksgiving, so stocks are coming off of slight gains on Wednesday that staunched the week’s losses for the S&P 500 and Nasdaq Composite. Trading volume tends to be light during holiday weeks.

Treasury yields have climbed this week, putting pressure on high-growth stocks. The Nasdaq is down 1.3% for the week, while the S&P 500 is up less than 0.1% and the Dow has gained roughly 0.6%.

The final weeks of the year are typically a strong period for the market, with the so-called Santa Claus rally usually creating a happy holidays for Wall Street. The S&P 500 is up 25% year to date.

Friday also marks the unofficial start of the holiday shopping season, as investors will be looking for insight from Black Friday to determine the mood of the U.S. consumer.

Retail stocks have seen dramatic moves in both directions during this earnings season. On Wednesday, shares of Gap and Nordstrom tanked more than 20%, but Kohl’s jumped more than 10% a week ago after reporting strong sales growth.

Retail executives spoke during the quarter about how they are managing supply chain issues and inflation. It also remains to be seen if discussion around supply chain issues caused consumers to start their holiday shopping early, potentially denting fourth-quarter sales.

“I would not be surprised if that was a dynamic around the holiday season,” said Sarah Henry, a portfolio manager at Logan Capital Management. She added that her firm was looking for companies with long-term strategic advantages than trying to bet on the best holiday sales results.

There are no major economic releases scheduled for Friday. The stock market will close at 1 p.m. ET on Friday due to the holiday weekend.

Fri Nov 26 , 2021
Belarus’ President Alexander Lukashenko on Friday promised food and warm clothing to migrants who opt to stay at the border between the ex-Soviet nation and Poland and won’t return to their homeland By YURAS KARMANAU November 26, 2021, 11:52 AM • 3 min read Share to FacebookShare to TwitterEmail this […] 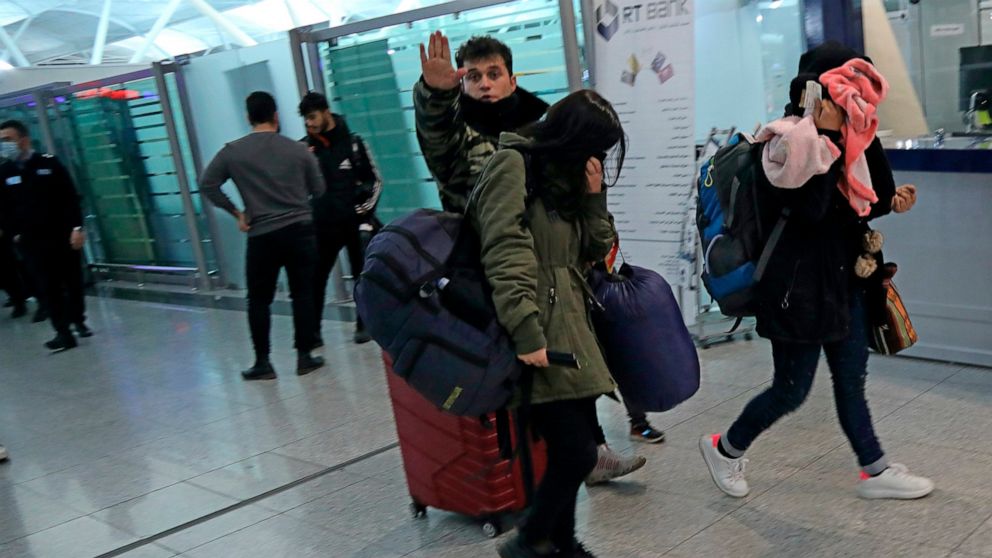