Stock futures were mostly higher in early morning trading Friday a day after the major indexes fell amid concerns of a slowdown in global economic growth.

The stocks that led the losses on Thursday led the gains in premarket trading Friday. Bank of America jumped nearly 2% in early trading, leading a bounce in financial shares. Royal Caribbean and Carnival each popped more than 2%. American Airlines and United Airlines gained more than 1%.

Shares of GM gained 2% after Wedbush said the stock is a buy and could jump more than 50% as investors realize the extent of its tech and electric vehicle evolution.

Big Tech stocks were a bit weak in premarket trading as President Biden was set to announce a new executive order aimed at the competitive practices by the sector’s giants. Amazon was down about 0.3% after hitting a new all-time high on Thursday.

Thursday’s losses came as the proliferation of the highly infectious delta Covid variant also fueled worries about the global economic comeback. The Olympics announced a ban of spectators at Tokyo’s summer games as Japan declared a state of emergency to curb the spread of coronavirus.

“The market is solidly mid-cycle and with that typically comes a 10-15% index level correction. We expect such a correction will create buying opportunities given a still strong growth backdrop,” Morgan Stanley’s chief U.S. equity strategist Mike Wilson, who favors financials, healthcare and materials, told clients.

“[T]he market continues to contemplate what to do after growth peaks and the Fed turns off the spigot (neither of which have necessarily happened yet) and ahead of a 2Q21 earnings season that starts next Tuesday,” Goldman Sachs’ Chris Hussey said in a note Thursday.

The latest jobless claims report released Thursday also indicated a potential slowdown in the labor sector as first-time applicants for unemployment benefits unexpectedly jumped to 373,000 in the week ending July 3. Economists were looking to see 350,000 initial claims, according to Dow Jones.

Biden to sign order to crack down on Big Tech, boost competition 'across the board'

Fri Jul 9 , 2021
President Joe Biden on Friday will sign a new executive order aimed at cracking down on anticompetitive practices in Big Tech, labor and numerous other sectors, CNBC’s Ylan Mui reported. The sweeping order, which includes 72 actions and recommendations that involve a dozen federal agencies, is intended to re-shape the thinking around corporate […] 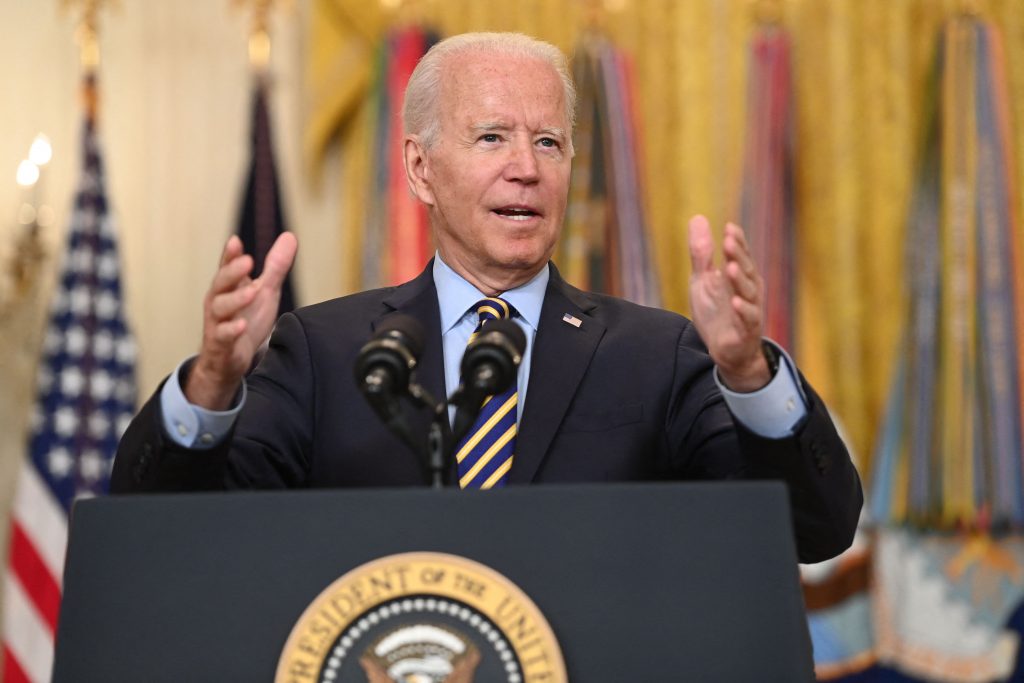