Stocks fell on Friday after the second U.S. case of the deadly coronavirus was confirmed, stoking concerns over the sickness’ impact on the global economy.

On Friday, the Centers for Disease Control and Prevention said a Chicago resident who traveled to Wuhan — the Chinese city where the coronavirus originated — in December was diagnosed with the sickness.

U.S. Senator John Barrasso later said the CDC told lawmakers they are about to confirm a third case of the Wuhan virus in the U.S. “It looks like have 2 documented cases in the US, it looks like third may be confirmed as well.”

Fears over the possible economic impact of the coronavirus subdued stocks this week. The Dow and S&P 500 are both on pace for their first weekly loss of 2020. The Nasdaq was set to post a marginal gain for the week. The World Health Organization on Thursday called the outbreak an “emergency in China,” but stopped short of saying it constituted a global public health emergency.

Stocks started Friday’s session on a strong note after the release of better-than-expected earnings from American Express and Intel.

American Express reported a quarterly profit and revenue that beat analyst expectations. Those results were driven in part by strong card fee revenues. The stock gained more than 3%.

Intel, meanwhile, climbed more than 8% after its fourth-quarter numbers topped estimates. The company also gave an optimistic outlook for the first quarter of 2020.

Those results add to what has been a solid start to the earnings season. More than 16% of the S&P 500 has released quarterly results thus far. Of those companies, about 70% have reported better-than-expected earnings, FactSet data shows.

Nick Raich, CEO of The Earnings Scout, pointed out that S&P 500 earnings expectations are also improving, which is “a reason why stocks continue to rise. The rise in price has been more than the underlying improvement in overall EPS expectations. This is what has made stock prices expensive in our opinion.”

“This certainly falls out of the realm of what is considered a normal market structure,” said Dan Deming, managing director at KKM Financial. “As we got closer to January, it felt like the FOMO scenario was kicking in, fear of missing out. You have market participants who needed to put money to work.”

But “until you see a marked shift in inflation, I just don’t see why you are not going to see money keep flowing into the equity market.”

“Global economic activity is slowly firming, but is not likely to be sufficiently strong as to unnerve government bond markets over the next few months,” strategists at MRB Partners said in a note. “Nevertheless, the macro backdrop is sufficiently positive, and likely to remain so, to suggest that no worse than a digestion phase or mild correction will be necessary to better align equity prices with the slow-moving uptrend in earnings.”

Boeing is considering another cut to 787 Dreamliner production

Fri Jan 24 , 2020
Shares of Boeing slipped into negative territory in Friday trading after CNBC confirmed the company is considering an additional cut to production of its 787 Dreamliner jet. The potential reduction shows Boeing’s problems extend beyond the troubled 737 Max to its higher-priced long range jets. Those planes have grown in […] 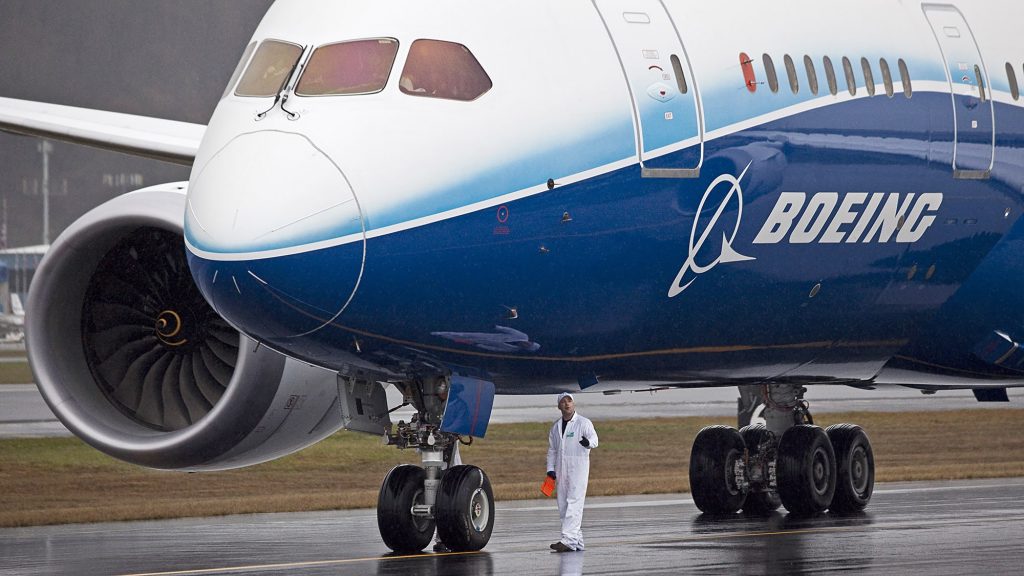