An aerial view of damage caused by Hurricane Dorian is seen on Great Abaco Island on September 4, 2019 in Great Abaco, Bahamas.

The smell of death hung over parts of Great Abaco Island in the northern Bahamas, where relief workers on Friday sifted through the debris of shattered homes and buildings in a search expected to dramatically drive up the death toll from Hurricane Dorian.

Dorian, the most powerful hurricane to ever hit the Bahamas, swept through the Abaco Islands and Grand Bahama Island earlier this week, leveling entire neighborhoods and knocking out key infrastructure, including airport landing strips and a hospital.

Hundreds, if not thousands, are still missing in the country of about 400,000 people, and officials say the death toll, which stands at 30, is likely to shoot up as more bodies are discovered in the ruins and floodwaters left behind by the storm.

“You smell the decomposing bodies as you walk through Marsh Harbour,” said Sandra Sweeting, 37, in an interview amid the wreckage on Great Abaco. “It’s everywhere. There are a lot of people who aren’t going to make it off this island.”

“I work part-time in a funeral home. I know what death smells like,” said Anthony Thompson, 27. “There must be hundreds. Hundreds.”

Chaotic conditions around the islands were interfering with flights and boats, hampering relief efforts.

The head of the Bahamas’ only remaining public hospital said the death toll would be “staggering,” and two refrigerated, 40-foot trucks would be needed to hold the bodies that were expected to be found.

Those injured by the storm, which was a Category 5 hurricane on the five-step Saffir-Simpson scale of intensity, were being treated for fractures, head injuries, trauma and dehydration.

Many clinics in the northern Bahamas, however, are flooded and unable to receive the injured, and there aren’t enough working ambulances on the islands to transport victims to field hospitals and triage centers.

Near an area called The Mudd at Marsh Harbour, the commercial hub of Great Abaco, a Reuters photographer described a devastating scene, with most houses leveled, a man lying dead near a main street and dead dogs in water. Some residents were leaving the area with meager possessions, while others were determined to remain.

Shelter material for hundreds of people as well as hygiene kits including basic items like soap were unloaded from the British ship RFA Mounts Bay and distributed in Marsh Harbour, the United Kingdom’s Department for International Development said on Friday. British forces are also distributing water from supplies aboard the ship, which has a system to turn sea water into drinking water.

The U.S. Coast Guard, working with the National Emergency Management Agency in the Bahamas, has rescued 295 people since Dorian began, the U.S. embassy in Nassau tweeted.

Relief groups are focusing on getting doctors, nurses and medical supplies into the hardest-hit areas and helping survivors get food and safe drinking water.

The risk of outbreaks of diarrhea and waterborne diseases is high because drinking water may be contaminated with sewage, according to the Pan American Health Organization, which described the situation for some people on Abaco as “desperate.”

The United Nations estimated 70,000 people were in immediate need of food, water and shelter on the islands, where looting of liquor stores and supermarkets has been reported.

The relief effort faces formidable logistical challenges because of the widespread destruction of Dorian, which hovered over the Bahamas for nearly two days with torrential rains and fierce winds that whipped up 12- to 18-foot storm surges.

The storm made landfall on the Outer Banks of North Carolina on Friday with winds of 90 miles per hour.

Total insured and uninsured losses in the Bahamas amounted to $7 billion, including buildings and business interruptions, according to a preliminary estimate by consultancy Karen Clark & Co.

Fri Sep 6 , 2019
Google’s hefty investment in artificial intelligence might be making its way to the crib. According to a patent application filed last year and published on Thursday, Google is researching technology that could track a baby’s eyes, movements and sounds using “intelligent” audio and video. If the behavior seems abnormal, the […] 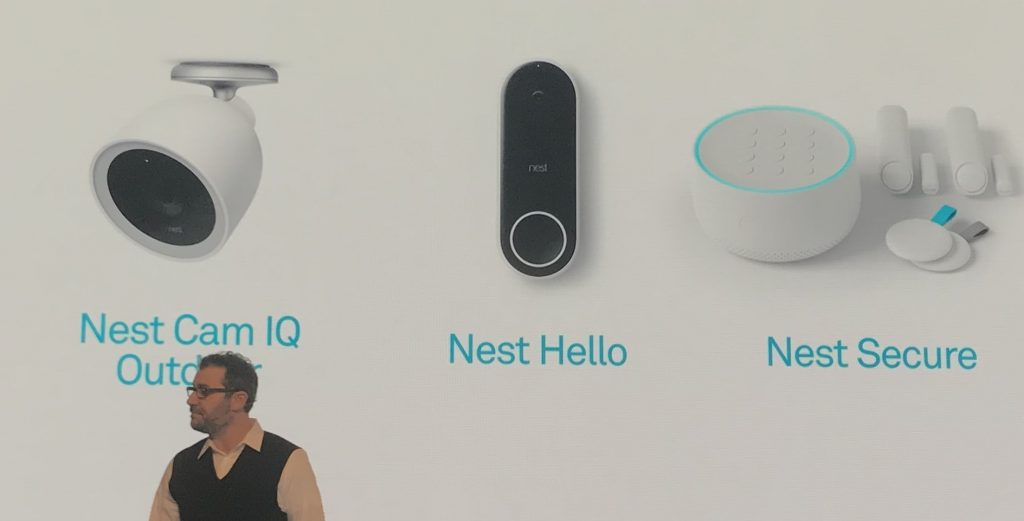