“For the last 20 years our biggest concern was international terrorism — ISIS, Al Qaeda,” Bratton said in a Friday evening interview. “Now it’s here and it’s us, and it’s the citizens of the United States, some of whom are rebelling against everything we thought we believed in for the last 300 to 400 years.”

“If you’re talking about the lethality of the threat, domestic terrorism — meaning violent white supremacists, neo-Nazis, sovereign citizens, militia movements — have been the most lethal threat in these past ten years compared to Al Qaeda and ISIS- inspired threats,” Snyder said.

State capitols across the nation are facing the threat of violence in the days leading up to President-elect Joe Biden’s inaugurations. FBI Director Christopher Wray told state officials to take any extremist threat seriously at a briefing on inauguration security at FEMA headquarters on Friday.

“If we find that an individual poses a violent threat, then we and our partners will take advantage of every lawful authority and method we’ve got to disrupt any attempt or attack,” Wray said. “Our posture is aggressive; it’s going to stay that way through the inauguration.”

Wray said the agency is tracking “extensive” online chatter that includes calling for armed protests. Some extremists online have been ignoring President Trump’s call for peace, and are citing the fact that he has still not formally conceded, according to Politico. There are also some extremists on the instant messaging platform “Telegram” who are calling for surprise attacks nationwide, according to the Washington Post.

“Unfortunately, during this administration, there was a systematic atrophication of these efforts, not only from my former office but also from analysts within the department’s intelligence and analysis division that would focus primarily on tracking these threats,” Snyder said.

The National Park Service shut down the National Mall amid widespread security concerns. The Army confirmed Friday that as many as 25,000 National Guard troops will be in D.C. to help with security for Biden’s inauguration. That’s roughly five times the number of troops that the U.S. currently has in Iraq and Afghanistan.

Bratton said there should be more transparency when it comes to law enforcement delivering information to U.S. citizens, in order to keep them aware and to further protect them.

“I hope after January 20 we get back to a situation where we can be more transparent, more forthcoming, and where we can have American law enforcement leadership being where they need to be, which is at those podiums, talking to you, rather than some of us, former law enforcement officials,” Bratton said.

Biden "convinced" 100 million can be vaccinated in 100 days

Sat Jan 16 , 2021
President-elect Joe Biden on Friday announced the framework of his plan to administer COVID-19 vaccines to the American population, a day after unveiling his $1.9 trillion coronavirus economic relief package, which includes a drive to vaccinate 100 million people in his first 100 days in office.  “I am convinced we […] 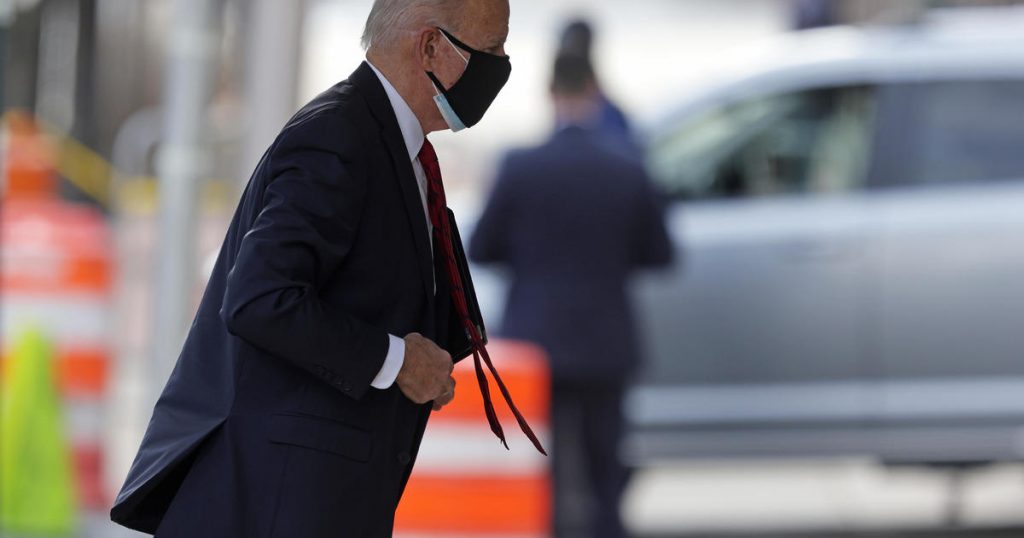