LONDON (Reuters) – The dollar edged down against major peers on Thursday, reaching its lowest level in nine days in a pullback from its recent rally, while the British pound, Australian and New Zealand dollars rose.

Expectations that the U.S. Federal Reserve would tighten monetary policy more quickly than previously expected had seen the dollar rise in September and so far in October. But it eased its recent gains, even after minutes of the Fed’s September meeting confirmed tapering stimulus of is likely to start this year.

“It seems to be a classic case of buy the rumour sell the fact type mentality,” said Neil Jones, head of FX sales at Mizuho.

“The Fed confirmed the expectations of many investors, I would suggest, holding long dollar positions.”

“It’s just been a situation of liquidating dollar longs – profit-taking of long dollar positions because (Fed tightening) is now somewhat factored into the price.”

A Labor Department report showed U.S. consumer prices rose solidly in September, and they are likely to rise further amid a surge in energy prices, potentially pressuring the Fed to act sooner to normalise policy.

The Fed’s September meeting minutes also showed that a growing number of policymakers were worried that high inflation could persist.

“My expectation is that this dollar weakness will not last and we got back into a longer-term bull trend,” Mizuho’s Jones said.

U.S. initial jobless claims and PPI data are due later in the day.

“Today’s US PPI data should be a reminder that the Fed needs to become more vigilant about inflation,” wrote ING strategists in a note to clients.

The Australian dollar, which is seen as a liquid proxy for risk appetite, was up 0.3% versus the dollar at $0.74055. The currency brushed off data showing a drop in jobs numbers, with investors betting on a quick recovery since lockdown measures have eased.

The Swiss franc was up around 0.2% against the euro. Around 0600 GMT, it reached its highest in 11 months versus the euro, a move which Mizuho’s Jones said could be due to a combination of risk-aversion in global markets and more broad-based euro weakness.

Turkey’s lira pared some of its losses, pulling back from the record low it touched overnight after President Tayyip Erdogan dismissed three members of the central bank’s monetary policy committee.

Elsewhere, the cryptocurrency bitcoin was at around $57,570. Earlier in the session it hit a five-month high of $58,550.

A collapse in cryptocurrencies is a “plausible scenario” and rules are needed to regulate the fast-growing sector as a “matter of urgency”, Bank of England Deputy Governor Jon Cunliffe said on Wednesday. 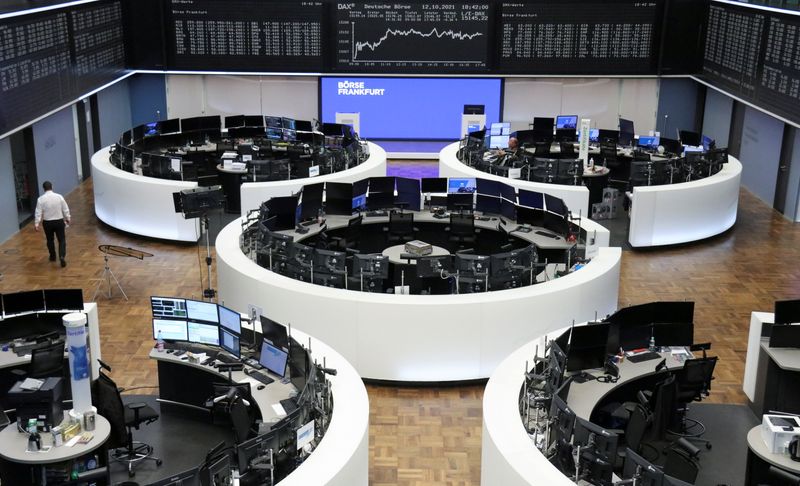