FILE PHOTO: U.S. dollars are counted by a banker at a bank in Westminster, Colorado November 3, 2009. REUTERS/Rick Wilking/File Photo

SINGAPORE (Reuters) – The New Zealand dollar rose on Tuesday after a strong business survey pulled forward rate hike expectations there to as soon November, while its Australian counterpart crept higher ahead of its own crucial central bank policy meeting later in the day.

The U.S. dollar and other majors were mostly steady as investors wait on the minutes from the Federal Reserve’s meeting in June when it surprised markets with a hawkish shift. They are due to be published on Wednesday.

The euro held at $1.1860, more or less where it left off Friday and the yen rose a tad to 110.86 per dollar. Sterling nudged higher after Britain set plans to end COVID-19 restrictions in a fortnight, and last bought $1.3857.

“It is very clear that record amounts of monetary stimulus are no longer needed to support the economy and inflation risks are getting too high for comfort,” said ASB senior economist Jane Turner in a note. “We now expect the RBNZ to start lifting the OCR from November this year (previously May 2022).”

Swaps pricing also shifted to point to a roughly 3/4 chance of a November hike which, if it occurred, would put the Reserve Bank of New Zealand on par with the super-hawkish Norges Bank which is alone among G10 banks in forecasting a 2021 hike.

Against the Australian dollar the kiwi hit a one-month high as the forecast of hikes as soon as in four months contrasts with the RBA, which has previously said it doesn’t expect to lift rates until 2024.

There is a possibility that could change on Tuesday, with the central bank flagging it will decide the fate of its bond purchase programme and three-year yield target.

Economists expect the three-year yield target – which is set at the cash-rate level of 0.1% – to stay on the April 2024 bond – and for the RBA to adopt a flexible approach to bond purchases.

On the horizon later in the day – when U.S. markets return from a holiday – is a U.S. services survey and a German sentiment survey.

On Wednesday, the Fed minutes might determine the near-term direction of the dollar as investors look for insight into the thinking behind last month’s hawkish shift in which Fed members projected a start to rate hikes in 2023.

“We still think it’s a bit early for any material detail to be decided about tapering, but these minutes may certainly offer the beginnings of providing at least some sense of what members are thinking,” said Alvin Tan, Asia FX strategist at RBC Capital Markets.

Tue Jul 6 , 2021
Filmmaker Richard Donner, who helped create the modern superhero blockbuster with 1978’s “Superman” and mastered the buddy comedy with the “Lethal Weapon” franchise, has died. He was 91. Donner died Monday in Los Angeles, his family said through a spokesperson. Donner gained fame with his first feature, 1976’s “The Omen.” […] 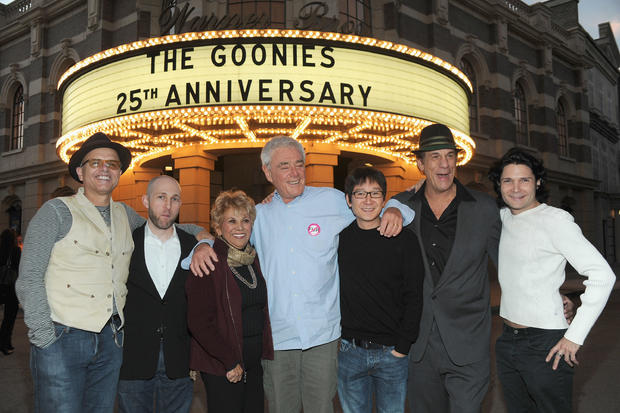