He was referring to the champagne that had doused his uniform, not the struggles that threatened to sink his National League Championship Series.

Persistence flowed like clubhouse bubbly for several players as the resilient Dodgers booked a return trip to the World Series by defeating the Milwaukee Brewers 5-1 in Game 7 of the NLCS.

Bellinger, the NLCS MVP, was a leading example. Though he hit .200 in the series, his home run on Saturday accounted for the go-ahead run, and he had the game-winning hit in the 13th inning of Game 4.

“All postseason, I felt fairly good,” Bellinger said. “I wasn’t seeing any results. And luckily for me I’ve got a lot of veterans on this team. They said stick with the process and the result will come. And that’s exactly what I did, and it showed.”

Yasiel Puig also hit a home run to back a strong effort from rookie right-hander Walker Buehler and four relievers, sending the Dodgers to the Fall Classic in consecutive years for the first time since 1977-78. Game 1 of the World Series against the Red Sox is set for Tuesday night at Fenway Park in Boston.

The Dodgers and Red Sox franchises — among the most storied in Major League Baseball — met in the World Series once before, in 1916, when the Dodgers existed as the Brooklyn Robins.

Dodgers manager Dave Roberts, who helped the Red Sox to the 2004 World Series title as a speedy reserve outfielder, forecast a great series ahead.

“I’m looking forward to going back to Fenway,” Roberts said. “Obviously for me personally, I have a lot of fond memories of the Red Sox and Fenway Park. To be wearing another uniform going in there playing for a World Series championship is going to be special for me.”

Puig had three of the Dodgers’ 10 hits, none bigger than a three-run home run in the sixth inning that gave Los Angeles a 5-1 lead. Buehler helped set the tone for the pitching staff with a strong start, limiting the Brewers to one run and six hits in 4 2/3 innings while striking out seven.

Bidding for its first World Series appearance since 1982, Milwaukee finished 0-for-5 with runners in scoring position while striking out 14 times against the Dodgers.

“That was the bottom line is they pitched well and they didn’t let us get anything going,” Brewers manager Craig Counsell said.

“We weren’t able to put together rallies, multiple hits, and get things going. And credit to them for how they pitched tonight.”

Los Angeles’ sixth-inning rally came on the heels of Dodgers left fielder Chris Taylor’s dazzling defensive play to end a prime Milwaukee scoring chance in the fifth. With two out and the potential tying run on second base, Brewers right fielder Christian Yelich drilled an opposite-field line drive to the left field gap against Julio Urias.

Taylor ranged toward the ball to make a sliding, over-the-shoulder catch on the warning track.

“That was the catch of the year,” Bellinger said. “I don’t know what would happen if he doesn’t make that catch. It would have been a tie game, who knows. That was an unbelievable catch. And it was really cool to see it firsthand, right there.”

Yelich opened the scoring with one out in the first inning, delighting the sellout crowd of 44,097 by smacking a solo home run to right field. The ball narrowly escaped Puig’s leaping attempt at the wall.

The Dodgers responded in the top of the second, however, as Bellinger hit a two-run homer into the second deck in right to give Los Angeles a 2-1 lead. Shortstop Manny Machado, who had two hits, started the rally by bunting down the third base line on a 3-2 count to beat a defensive shift.

Brewers right-hander Jhoulys Chacin worked out of further trouble to end the inning, which proved to be his final action of the game. Counsell pinch-hit for Chacin with two on and two out in the bottom of the second, but Jonathan Schoop grounded out to end the threat.

Pitching for the first time since Game 4, Hader struck out four, walked one and allowed one hit in three innings of scoreless relief. The All-Star left-hander fanned 16 of the 35 batters he faced in 10 shutout innings over seven playoff appearances. He allowed five hits and walked one.

Hader said he hopes the Brewers can use their postseason experience to their advantage next season.

“The group of guys that we have here, the talent that we have, the sky’s the limit. I really feel like that,” Hader said. “We just come back next year, get better and see where it takes us.”

Largely reliable throughout the regular season stretch run and into October, the Brewers’ bullpen stumbled after Hader exited the game. Puig lined a three-run home run to left field against Jeremy Jeffress with two outs and pumped his arms exuberantly as he rounded the bases.

The Dodgers stood at 16-26 on May 16 and did not climb over .500 until June 10. They took sole possession of the National League West lead for the first time on July 13 but battled with the Colorado Rockies for the division crown through the end of the regular season.

Los Angeles clinched its sixth successive division title with a home victory against the Rockies in the NL West tiebreaker game.

The Brewers also needed a 163rd regular-season game to outlast the Chicago Cubs for the NL Central title, earning the club’s third postseason berth since moving to the National League in 1998.

“This series could have went either way,” Roberts said. “And they gave us all we could handle.”

Sun Oct 21 , 2018
Saudi Arabia deployed an online army to harass dissident journalist Jamal Khashoggi and other critics of the kingdom on Twitter, the New York Times reported on Saturday. The efforts to attack Khashoggi and other influential Saudis, and sway public opinion against them on the social media service, included a so-called […] 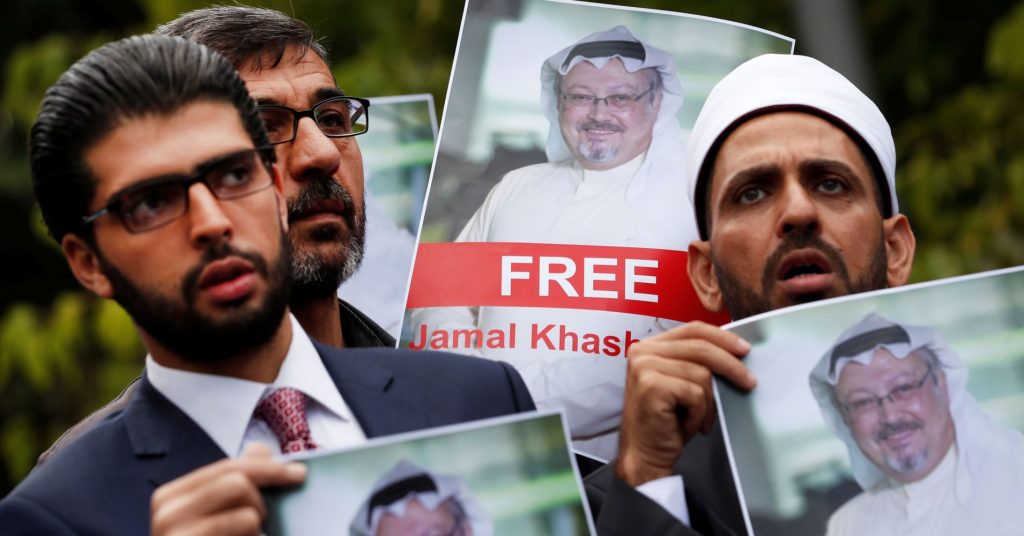