They warned that Democrats would focus inappropriately on Barrett’s Catholicism and seek to turn the process into a battle resembling the one fought over Justice Brett Kavanaugh two years ago.

Sen. Dianne Feinstein, the top Democrat on the committee, quickly sought to turn the focus of the hearings to health care.

Surrounded by large posters of individuals apparently protected by the Affordable Care Act, Feinstein made it clear that Democrats will spend the four-day process discussing an upcoming Supreme Court case over the constitutionality of the law.

“We can’t afford to go back to those days when Americans could be denied coverage or charged exorbitant amounts. That’s what’s at stake for many of us,” Feinstein said. “That’s why the questions we will ask and the views that you will share with us are so important.”

The court is scheduled to hear a case over the legality of the ACA on Nov. 10. Barrett has criticized Chief Justice John Roberts’ legal reasoning upholding the law in a 2012 case.

Both Republicans and Democrats have acknowledged that there is little chance that Barrett’s nomination will fail to be approved by the committee.

“This is probably not about persuading each other, unless something dramatic happens,” Graham said in his opening statement. He said that all of the committee’s Democrats would vote no, and all of its Republicans would vote yes.

“Why hold this hearing? A lot of people on our side say, just ram it through. I hear it a lot. That’s why I don’t listen to the radio much anymore,” he said.

Graham said the purpose of the hearings was for Americans to weigh Barrett’s qualifications themselves.

“Judge for yourself. Is this person qualified? Is she as qualified as Sotomayor and Kagan? I think so,” Graham said, referring to President Barack Obama’s nominees to the Supreme Court, Justices Sonia Sotomayor and Elena Kagan.

If confirmed, Barrett would be the sixth conservative justice on the nine-judge Supreme Court, and would likely push the panel further to the right on a range of issues touching on business, guns, reproductive rights and other matters.

The 48-year-old would be President Donald Trump’s third appointee to the high court, after Justices Neil Gorsuch and Kavanaugh. Barrett has been a judge on the 7th U.S. Circuit Court of Appeals for three years and has served for nearly two decades as a law professor at Notre Dame Law School, where she graduated at the top of her class.

Lee, who tested positive for Covid-19 on Oct. 1, attended Monday’s hearing in person and did not wear a mask while asking questions. He previously said that he had obtained permission from the office of the attending physician to do so and isolated for 10 days.

Sen. Sheldon Whitehouse, D-R.I., said the hearings were a “microcosm” of the Trump administration’s failure to contain the coronavirus.

“The whole thing, just like Trump, is an irresponsible botch,” he said.

In addition to health care, the senators also focused on the propriety of holding nomination hearings so close to Election Day, particularly given some recent comments by Trump.

Trump has said he wants his nominee to be confirmed in time to resolve any election-related legal disputes.

Sen. Chuck Grassley, R-Iowa, said that “Republicans are following the Constitution” and that those on the left would do “anything to derail the confirmation of a Republican nominee.”

Republicans refused to hold hearings for Obama’s Supreme Court nominee, Judge Merrick Garland, in 2016, saying it would be improper to do so in an election year. Senate Majority Leader Mitch McConnell has said that the difference in 2020 is that the same party holds the Senate and the White House.

Monday’s hearing will end with Barrett’s own opening statement, in which she is expected to introduce her family to the committee and discuss her view of the role of the legal system.

“Courts have a vital responsibility to enforce the rule of law, which is critical to a free society. But courts are not designed to solve every problem or right every wrong in our public life,” she will say, according to her prepared remarks. “The policy decisions and value judgments of government must be made by the political branches elected by and accountable to the People.”

Senators will get time to ask Barrett questions on Tuesday and Wednesday, and hearings will wrap on on Thursday with comments from outside groups.

Graham has said that he aims to have Barrett approved by the Judiciary Committee by Oct. 22, and that he anticipates the full Senate to confirm Barrett one week before Election Day. 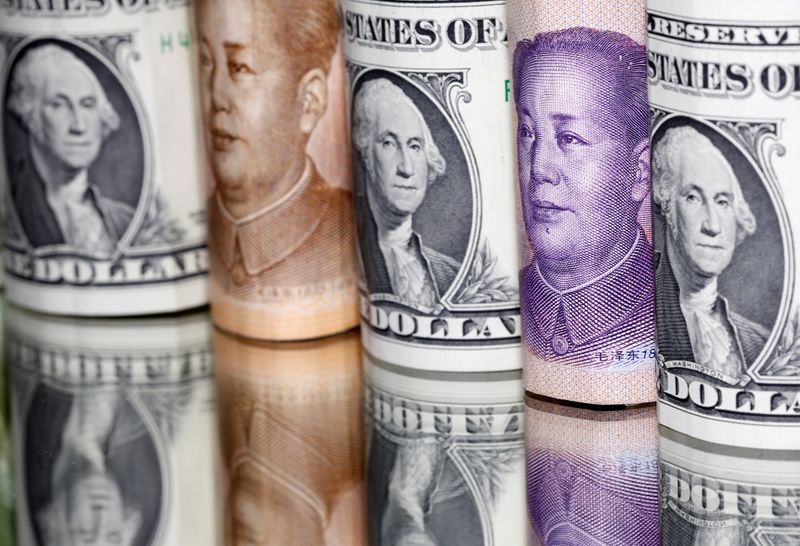