Visitors walk between plexiglass as they enter Touch of Disney at Disney California Adventure in Anaheim, CA, on Thursday, March 18, 2021.

There are few things so iconic that a simple silhouette can be instantly recognizable to anyone in the world.

That’s the power of Disney and its stalwart symbol Mickey Mouse, which has transcended from cartoon mouse to corporate emblem. When Disneyland and California Adventure reopened Friday for the first time in more than a year, a quick scan of the crowd showed how ubiquitous that 93-year-old mouse truly is.

In the six decades since Disney opened its first theme park, the company has fostered a distinct culture within its amusement locations. From how its cast members are instructed to go about their jobs to the ambiance of the different lands that make up the park, everything that Disney does is deliberate and in service of creating an unrepeatable experience.

Perhaps the most prevalent example of this comes in the form of wearable Mickey and Minnie ears.

Mickey ear hats have been a staple souvenir for Disney parks for decades. Created by Roy Williams for the Mouseketeers on “The Mickey Mouse Club” in the ’50s, getting a pair of classic black Mickey Mouse ears, with custom embroidering, has been a rite of passage for many parkgoers since Disneyland first opened in 1955.

In the mid-80s, Disney began to offer a headband version of these hats. However, it wasn’t until the park’s 50th anniversary that product developers redesigned the iconic ears. In celebration of the milestone, Disney offered a line of golden ears.

The golden hat became such a phenomenon that it inspired the company to make other versions for special occasions and holidays. Over the years, these classic keepsakes have evolved into coveted fashionable and Instagramable accessories.

A woman wears a pair of Mickey Mouse ears and a matching mask.

A top seller at the parks, Disney has worked hard to keep up with demand. The company has designed dozens of different pairs from simple sequined ears to pairs that honor fan-favorite characters and attractions. Most of the ears in Disney’s collection cost around $30 per pair. However, due to the popularity of these headbands, Disney has partnered with a number of designers to make limited edition specialty ears that can cost closer to $100.

These ears have become so popular that crafters have turned to Etsy to create and sell their own designs. In preparation for the reopening of Disneyland, many guests are shopping for specialty ears and masks to wear around the park.

To be sure, Disney is not the only theme park to lean heavily into merchandise. Universal Studios sells Hogwarts robes and Minions T-shirts at its parks and Six Flags has licensing agreements with Warner Bros.’ Looney Tunes brand. Still, there is something distinctive about Disney’s Mickey ears that set them apart from other souvenirs.

These ears have become more than just a singular memento, but a major collectible for Disney parks fans.

Krissy Reynolds, a 35-year-old restaurant manager from Virginia, has a collection of more than 40 Mickey ears. The collection started with a pair of red and black sequined Minnie Mouse ears she acquired during a college trip.

“We do outfits to match what park we are going to each day and then match each other,” said Reynolds. “Like for Hollywood Studios, we do ‘Toy Story’ outfits with shirts and ears and hats or accessories.”

At Magic Kingdom, Reynolds, her husband Wesley, 43, and son Cayson, 8, dress as classic Disney characters like Mickey and Minnie. At Animal Kingdom, the theme is usually “Lion King.”

Her family typically spends five days at Walt Disney World and brings two or three ears from her collection to wear during the trip and purchases a few new pairs once she’s at the parks.

Since Disney doesn’t permit adults to wear costumes in the park, older guests that are still children at heart, have resorted to other means to celebrate their favorite Disney characters, movies and moments.

“I’m a sucker for anything Sleeping Beauty,” she said. “I also like sequins and unique things like when [Disney does] special food or holiday [ears].”

For many like Reynolds, who spend multiple days at the parks either in Florida or California, one set of ears is not enough. And while Disney has a large selection of Mickey ear designs, the demand for unique headbands has grown so much that independent sellers have entered the picture.

Etsy, in particular, has become a hub for small business owners to sell customizable ears and ones based on niche characters. In the weeks leading up to Disneyland’s reopening, these sellers have seen a significant uptick in sales.

“Sales were come and go for most of the pandemic,” said Rachel Vega, owner of the Etsy shop Enchanted Story Ears. “It really picked up in January. I think as we started seeing things moving forward both with [Disney World being] open and the hopes of Disneyland opening up at some point.”

Vega, a high school orchestra teacher, has been selling handmade Mickey ears on the e-commerce site for about a year. Her best-selling product is a set of graduation ears, which feature a small black academic cap and can be customized with the graduate’s school colors. Her ears retail for between $35 and $40.

“I fell in love with making custom ears when making them for a sisters’ trip and decided to start the shop to sell the ears I make,” she said. “I love having ears that are unique and comfortable when I go to the parks and know there are many who feel the same. It’s definitely a method of personal expression at the parks.”

Searching for Mickey ears on Etsy brings thousands of results, from dainty, fairy-like headbands based on popular characters to fabric patterned ears with big bows and glitter.

Arisa, a student turned entrepreneur, has been selling her version of Mickey ears since March 2019. In two years, she’s made more the 900 sales from her shop Ears by Arisa.

Currently, her best-selling ears are based on Loki, Wanda Maximoff, Baby Groot and Rapunzel. Her ears sell for between $24 and $31 depending on the style.

“Since California has lifted bans on theme parks, more people have left me notes saying how excited they are to wear my ears for their upcoming trips,” she said. “I even received a few custom orders to have their ears match masks they have.”

During the pandemic, Disney-themed masks have also been a major profit driver for small businesses. Those visiting Disney’s parks during the pandemic have embraced the mask requirements and used it as an opportunity to wear their favorite fandoms proudly in public.

When Debra Dix isn’t working as a case manager in the workforce department of Goodwill, she’s sewing and selling masks. She started her shop in December 2020 and already has nearly 500 sales.

The majority of the fabric she uses for these masks are Disney-themed. Her two best-sellers right now are a Disney parks snacks pattern and an animal print Mickey design.

“I’ve definitely sold more masks in the last 2 months,” Dix said. “In most cases, customers will buy one mask, but lately my average has been three to five masks per order.”

These masks and ears are part of the Disney experience and can help parkgoers create lasting memories.

Meagan Remmes, 30, of Asheville, North Carolina, purchased a set of bridal Mickey ears to wear during her honeymoon trip to Disney World this year.

“We knew we wanted something special to commemorate that it was our honeymoon, and while the buttons are free, they’re not exactly a statement maker,” she said of her decision to pick up a pair of veiled white ears.

“It was either going to be Mickey ears or custom T-shirts, but everything we looked at didn’t quite feel like us,” she said. “Mickey ears were a simple solution that made us feel special in the most Disney way possible.”

Fri Apr 30 , 2021
Loews Hotels CEO Jonathan Tisch told CNBC on Friday that he sees indications that large events will return soon, a key piece of the hospitality industry’s recovery from coronavirus pandemic-induced woes. “We are starting to see groups come back. We are very optimistic about group business in Q3, Q4, next […] 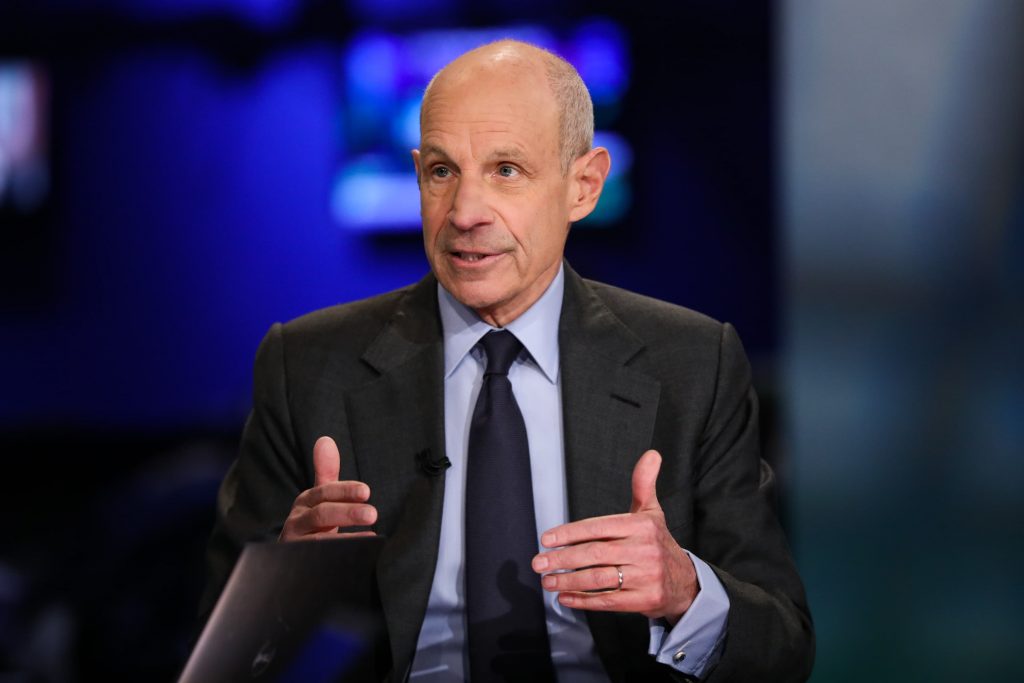