Tropical Storm Eta strengthened into Hurricane Eta early Monday while heading for Central America, with forecasters warning it could prove “devastating.” Eta, whose formation tied a record for the most named storms in as single season, is expected to hit Nicaragua’s coast early Tuesday.

A hurricane warning was in effect there.

It had maximum sustained winds of 75 mph early Monday, the U.S. National Hurricane Center said. It was centered about 155 miles east of the Nicaragua-Honduras border and heading west at 12 mph.

He stressed that the storm will be “devastating” to Central America “with those wind speeds near the coast and a torrent of 15-35 inches of rain inland. Mudslides are a near certainty in Nicaragua along with Guatemala and Honduras, and potentially even Mexico, too. The rain isn’t likely to come to an end before Friday.”

The U.S. National Hurricane Center, in Miami, said Etta will bring a “life-threatening” storm surge of up to 15 feet, damaging winds, flash flooding and mudslides.

The center said Eta will weaken once in moves inland.

Eta is the 28th named Atlantic storm this season, tying the 2005 record for named storms. However, this is the first time the Greek letter Eta is being used as a storm name because after the 2005 season ended, meteorologists went back and determined there had been a storm that should have gotten a name but didn’t.

Hurricane season still has a month to go, ending Nov. 30. In 2005, Zeta formed toward the end of December.

Mon Nov 2 , 2020
OMAHA, Neb. — Five of the six states with the nation’s lowest unemployment rates are in the Midwest, have Republican governors and have almost no restrictions intended to slow the spread of the coronavirus. The governors say their decisions not to impose harsher restrictions are paying off with fewer business […] 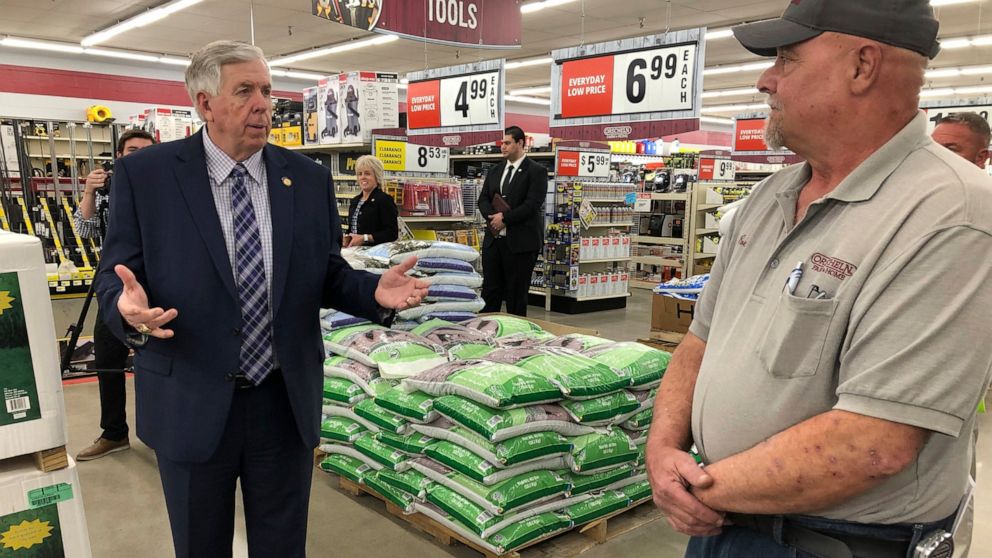