Fashion designer Rebecca Minkoff is feeling the effects of President Donald Trump‘s tariffs, but she told CNBC on Friday she’s not planning to inflict pricing pain on her customers.

Minkoff’s handbags are made in China and are subject to the new tariffs.

“We’re not looking to raise prices. I think we’re willing to take a hit because it’s not fair to pass off this punishment to our customer,” she said on “Closing Bell.”

Earlier this week, Trump announced 10 percent tariffs on $200 billion in Chinese goods. The duties will rise to 25 percent on Jan 1. Beijing retaliated with tariffs on $60 billion worth of American products.

“We are working aggressively to figure out what we’re going to do to move things elsewhere,” Minkoff said. “It’s going to take us a little bit of time to figure that out.”

The designer, who also has a line of accessories, footwear and apparel, has four U.S. retail stores, nine international locations and is distributed in over 900 stores around the world.

At the end of August, Minkoff traveled to Washington, D.C., to testify at the public hearings held by the Office of the U.S. Trade Representative.

In that testimony she talked about the challenges of doing business in China and the problems with intellectual property theft. However, she insists the tariffs on leather handbags will only hurt American brands and American consumers.

“The tariffs punish the wrong people, including the American consumer, and leave the playing field wide open for bad actors to continue to sell fake products using our IP,” she testified.

While Minkoff is trying to hold prices down and absorb the costs, retailers including Target and Walmart are warning about possible price hikes.

Fri Sep 21 , 2018
Secretary of Housing and Urban Development Dr. Ben Carson told an audience of conservative activists on Friday that the sexual assault allegations facing President Donald Trump’s nominee to the Supreme Court are part of a plot by socialists to take over America that dates back more than a century. “If […] 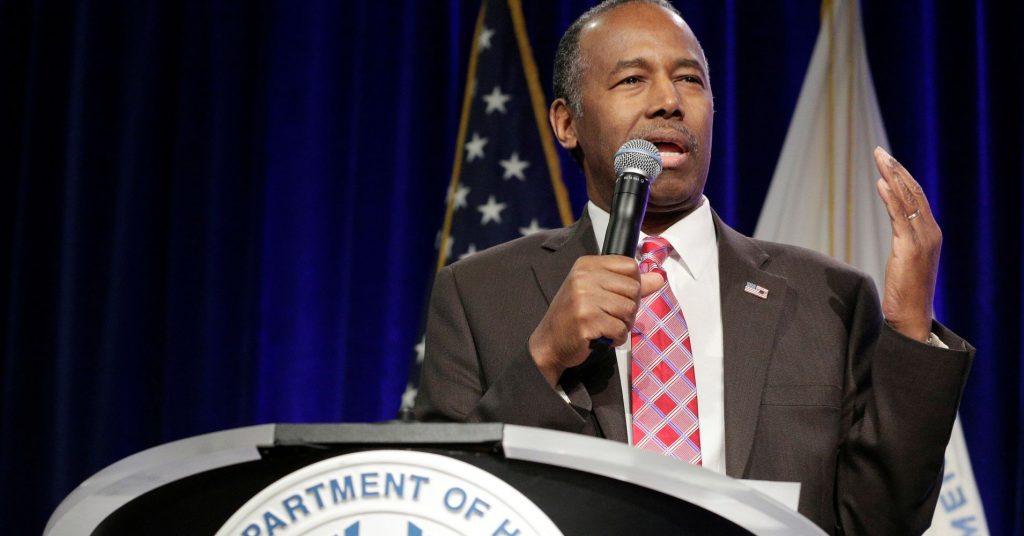