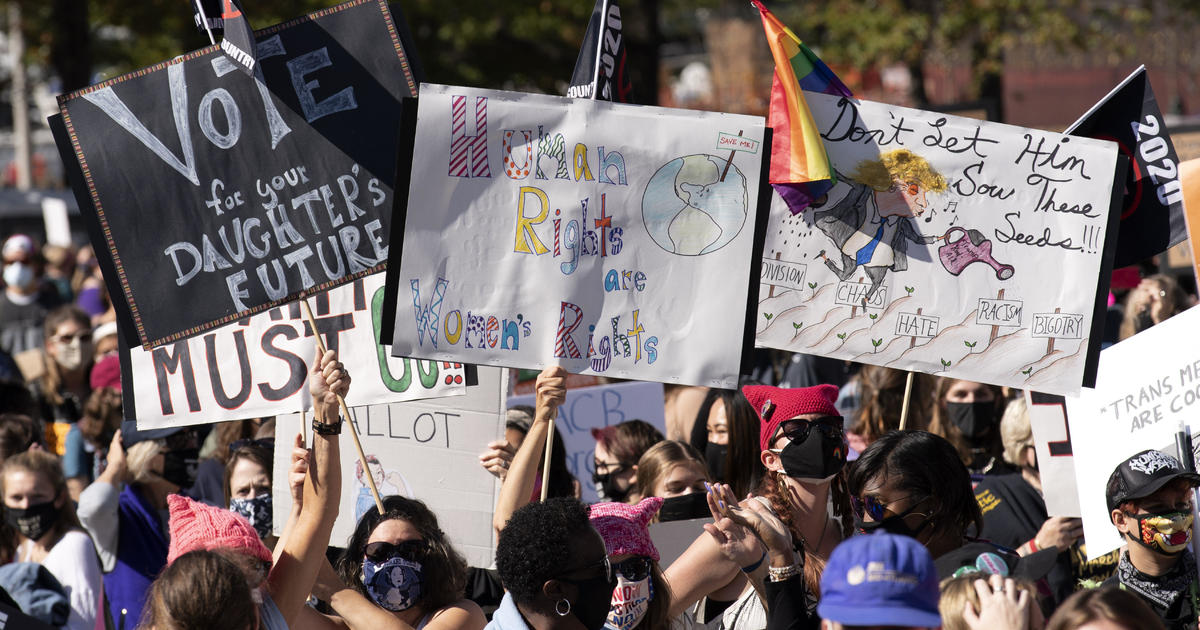 Demonstrators gathered in Washington, D.C. on Saturday for the second Women’s March of the year. Although the fourth annual Women’s March occurred earlier this year, today’s event was organized in honor of the late Justice Ruth Bader Ginsburg.

A rally began midday, followed by a march to the United States Capitol. It will conclude at the National Mall with a “socially distant text-banking telethon” with the goal of sending five million messages to encourage people to vote, according to the website for the march.

In an effort to ensure the safety of participants, everyone who attends was required to wear a mask and practice social distancing. There will also be hand sanitizing stations throughout the march, and anyone who felt too ill to attend in person could participate in a virtual event.

Reproductive rights active Sonja Spoo said in a speech ahead of the march that it had been a “hard and painful past several years,” but that this demonstration was a “repudiation” of the president and his politics.

“Donald Trump is leaving office and there is no choice for him – it is our choice – and we are voting him out come November 3,” Spoo said.

The first Women’s March was held on the day after President Trump’s inauguration in 2017 to protest the new administration. Millions of women gathered for that first march.

“We saw the power when millions of us joined in the streets together the day after Trump’s inauguration. We need to bring that same power and determination to October 17 to cap off Trump’s presidency just the way it started – with massive, women-led resistance,” the Women’s March website said.

Saturday’s march is intended to commemorate Ginsburg’s legacy but also to protest Mr. Trump’s choice to replace her on the Supreme Court, Judge Amy Coney Barrett. Democrats worry that Barrett would rule with the other conservative justices on the court and vote to overturn Roe v. Wade and the Affordable Care Act. Barrett’s nomination will be taken up by the Senate next week.

Sat Oct 17 , 2020
Nine people are in custody after police in a Paris suburb shot to death a man seen carrying a knife that authorities believe may have been used to kill another man found nearby. The shooting of the suspect, 18, occurred around 4 p.m. local time on Friday in the town […]