ATLANTA — The Democrats running for Georgia’s two U.S. Senate seats each raised more than $100 million over two months, a massive haul that eclipsed campaign contributions to their Republican opponents and reflects the high stakes of the twin contests.

Jon Ossoff, who is taking on Sen. David Perdue, took in more than $106 million from Oct. 15 through Dec. 16, according to his latest campaign finance report. Raphael Warnock, who is trying to unseat Sen. Kelly Loeffler, was close behind with a little over $103 million.

Perdue reported $68 million over the same two-month span, with Loeffler taking in just under $64 million. Three of the campaigns reported their financial data on Thursday. Loeffler submitted hers a day earlier.

The two races will determine which party controls the Senate — and likely how ambitious President-elect Joe Biden can be with his agenda.

If Republicans win one race, they will maintain a narrow majority, and the chamber will serve as a bulwark against Democratic legislation. But if Democrats carry both, the balance will be 50-50 —with Vice President-elect Kamala Harris delivering tie-breaking votes. That will enable Biden to enact a more ambitious agenda, assuming he can keep fellow Democrats on board.

Georgia’s two runoff races kicked off in November after Perdue and Loeffler failed to get more than 50 percent of the vote on Election Day. Early voting has already started for the Jan. 5 election.

Fri Dec 25 , 2020
World Health Organization officials held a news briefing Monday to discuss mutations in the coronavirus responsible for new strains in both South Africa and the U.K. WHO Director-General Tedros Adhanom Ghebreyesus said the new strain of the virus spreading in the U.K. is reported to be more infectious, but there’s no […] 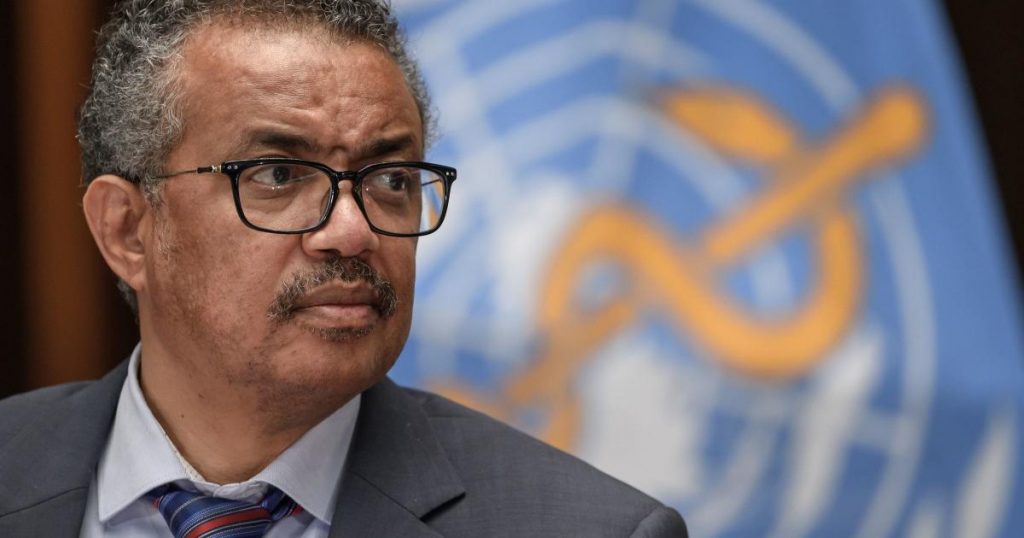