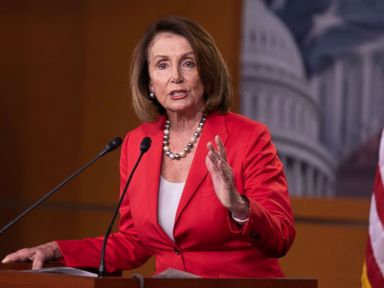 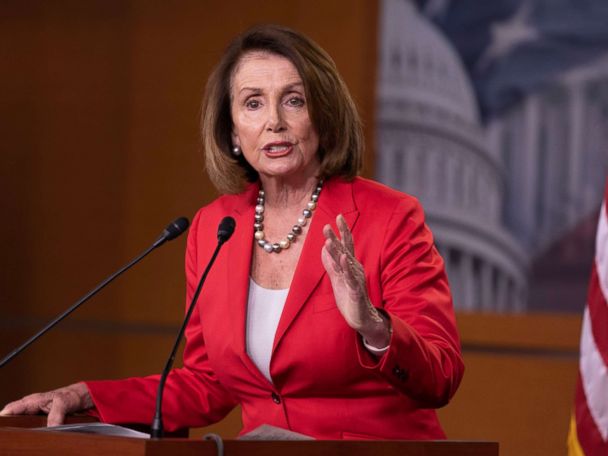 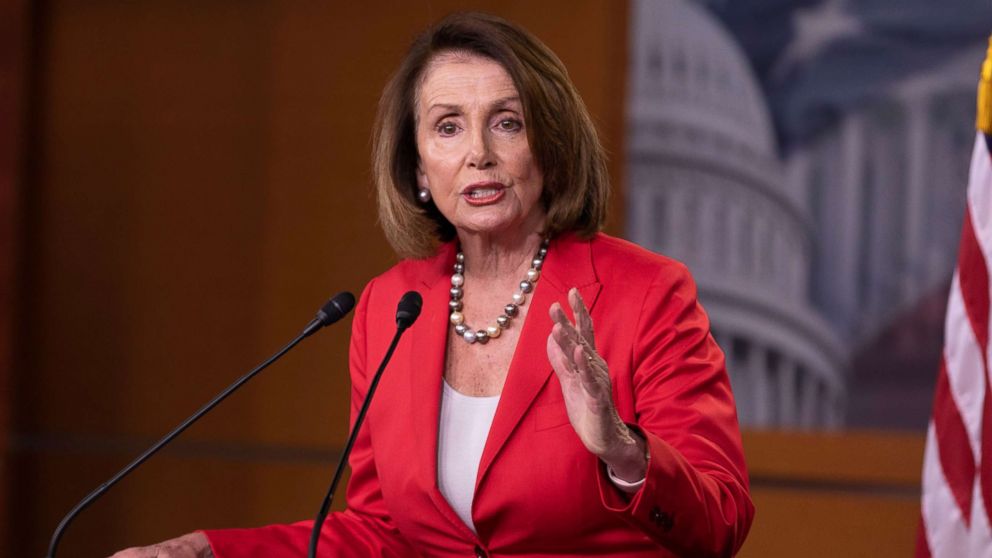 Rep. Joe Crowley’s stunning primary loss to 28-year-old progressive and first-time candidate Alexandria Ocasio-Cortez on Tuesday reverberated not only through Democratic circles in New York but in the halls of the U.S. Capitol: Crowley had hoped to succeed House Minority Leader Nancy Pelosi, raising new questions about the future of the Democratic Party.

“We’re in a moment of transition,” Rep. Emmanuel Cleaver, a Missouri Democrat and former chair of the Congressional Black Caucus, told ABC News.

Crowley, the boss of the Queens Democratic Party and fourth-ranking House Democrat, had been quietly positioning himself to replace Pelosi as the top House Democrat after November’s midterm elections.

But even before Crowley’s stunning upset, Pelosi, the onetime speaker and highest-ranking female politician in American history, was seeking to reclaim the gavel if Democrats managed to flip 24 House seats and gain back the House majority.

“We will win. I will run for Speaker. I feel confident about it,” Pelosi told the Boston Globe recently.

Yet Crowley’s loss, Democratic members acknowledged, has added to calls from some corners of the party that the caucus needs a new generation of leadership.

“I have nothing against Nancy,” Rep. Bill Pascrell, D-N.J., said. “I think it’s time for change, win or lose in November. She’s not the only person.”

Even if a blue wave carries Democrats back into the majority, Pelosi’s return to the speakership is not a slam dunk. While she remains the frontrunner, it’s not clear if she can secure 218 votes in caucus leadership elections after the midterms this fall – which could sweep a new, uncommitted crop of House Democrats into Washington.

Several Democrats, some who spoke to ABC News on condition of anonymity in order to speak candidly, believe flipping 24 seats might not be enough to assure Pelosi’s return to the speakership.

Four incumbent Democrats voted against Pelosi as Minority Leader at the start of the 115th Congress. Rep. Conor Lamb, who won a special election mid-session, also promised during his campaign to vote against Pelosi, as did Ocasio-Cortez.

If Democrats succeed, it’s believed Democrats would need to flip closer to 40 seats in order for Pelosi to safely maintain her post atop the caucus.

House Minority Whip Steny Hoyer, the No. 2 Democrat, is believed to aspire to become the top House Democrat, if Pelosi falls short of the support she needs to clinch the speakership.

Though he’s 79 years old, Hoyer enjoys broad support in the caucus and spends a fair amount of time campaigning and raising money for other Democrats.

Pelosi and Hoyer don’t rely on the same base of support within the caucus, so neither’s success is necessarily dependent on the other.

Rep. James Clyburn, the third-ranking House Democrat and a member of the Congressional Black Caucus, rounds out the top tier of current Democratic leaders – all in their late 70s.

Crowley was a popular choice for many House Democrats as the best option to displace Pelosi.

If Democrats fall short in November and remain in the minority, Pelosi almost certainly would not return to the leadership team, and Hoyer’s grip on his base could also erode, as a younger generation of Democrats climbs the ranks on Capitol Hill.

A loss in November “would open up a free-for-all,” one House Democrat told ABC News.

“If one of the top three go, they all go. They’re in their upper 70s and it’s time to let someone else do it,” the Democrat said.

A source familiar with Hoyer’s thinking says his ambition is not to hang on until Pelosi eventually retires.

“He is not driven by ego or wanting to be No. 1,” the source said. “He wants the institution of Congress to be strong, the party to be strong and in a good position.”

Hoyer is also thought to be willing to serve as a bridge to the next generation of House Democratic leadership – a position that could allow him to cut a deal with younger members that would propel him to the top of the caucus, depending on the results of the midterms.

Reps. Cedric Richmond, Hakeem Jeffries and Cheri Bustos – all rising stars in the Democratic caucus – are believed to be eyeing significant promotions – especially if Democrats stay in the minority and the current leadership team is annihilated.

“Our focus should continue to be on surgically be on taking back the majority in November and the last thing that we as House Democrats should engage in is a family feud and a circular firing squad,” Jeffries, D-N.Y., told ABC. “In November, after the election, there’ll be plenty of time to figure out what the future of the House Democratic Caucus should be moving forward.”

“I think there are so many hypotheticals as far as what could happen, so many scenarios,” Bustos, D-Ill., who has called for Democrats to refocus their message on the Midwest, said in a recent interview. “Our focus needs to be on doing well in November.”

Cleaver told ABC News that Democrats should “quit going around here talking about leadership” and focus on winning in November.

“We had a lot of articles in and around Washington about Crowley versus Pelosi, Pelosi versus Hoyer,” he said.

After Crowley’s primary defeat, Rep. Barbara Lee, also a former chair of the Congressional Black Caucus, told reporters that she is initiating conversations with lawmakers to gauge support.

“I’m talking to members right now,” Lee, D-Calif., said. “That’s the only position that’s open in the caucus and I think that I could bring a lot to the caucus.”

Rep. Linda Sanchez, the vice chair of the Democratic caucus, is also believed to be gauging support for caucus chair, though her spokesman declined to comment on her leadership ambitions. Last October, Sanchez surprised the top tier of Democratic leaders when she said it was time for all three to step aside.

“I do think we have this real breadth and depth of talent within our caucus and I do think it’s time to pass a torch to a new generation of leaders and I want to be a part of that transition,” Sanchez, D-Calif., told C-SPAN on October 5. “I think we have too many great members here that don’t always get the opportunities that they should. I would like to see that change.”

Other lawmakers that could break into the leadership team are Rep. Adam Schiff, the ranking Democrat of the House Intelligence Committee who has created a national profile as the chief protagonist to President Donald Trump, as well as Rep. Pete Aguilar, a California Democrat who has played a leading role in the immigration debate on Capitol Hill.

Nevertheless, the simple reality is Pelosi – one of the party’s most prolific fundraisers – has ruled as the top House Democrat since 2003 because nobody else has been able to defeat her.

“Leader Pelosi is a master legislator and no one counts better than Nancy Pelosi,” Jeffries emphasized.

Asked Wednesday if Ocasio-Cortez’s victory indicated that Democrats could use a change in leadership, with a more progressive, younger and diverse option, Pelosi held her ground.

“I’m female, I’m progressive,” she said. “So what’s your problem? Two out of three ain’t bad.”

Sun Jul 1 , 2018
Forces loyal to Syria’s President Bashar al-Assad are deployed in al-Ghariya al-Gharbiya in Deraa province, Syria in this handout released on June 30, 2018. SANA/Handout via REUTERS July 1, 2018 AMMAN (Reuters) – Talks between the Syrian opposition and Russian negotiators to reach a ceasefire in a rebel-held town in […] 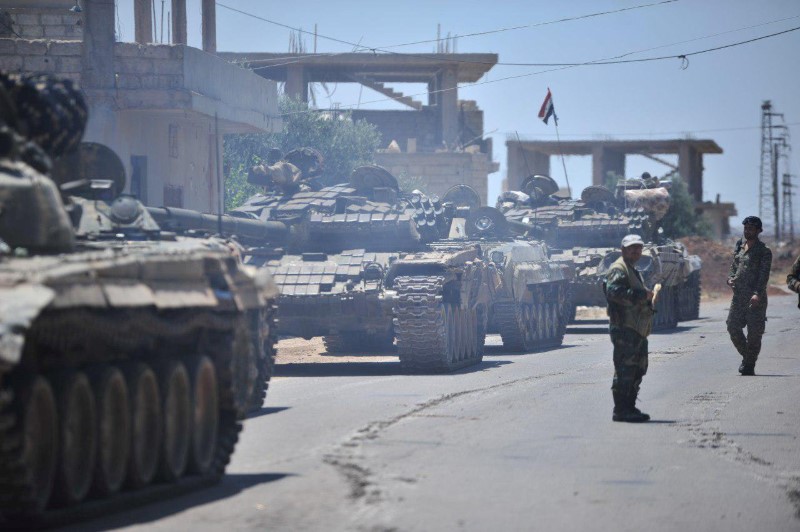