Democrats will keep their U.S. House majority in the next Congress, according to NBC News.

But after a series of rough early returns from the 2020 election, the party will likely have fewer seats in January than it does now.

NBC estimates Democrats will hold 226 House seats, while Republicans will have 209. The figures could change, as NBC said the parties may ultimately end up with as many as eight seats more or less than those projections. (Eight fewer seats for Democrats would put them at 218, the minimum they need for a majority).

In races called by NBC, Republicans have flipped a net five seats. Democrats have won 199 seats, the GOP has carried 192 and 44 remain uncalled.

Republicans have so far cut into the Democratic majority mostly by gaining back ground they lost in the 2018 midterms, when Democrats flipped House control. The GOP will defeat at least six House Democrats, including five first-term representatives. They will also gain a seat previously occupied by independent Rep. Justin Amash.

Entering Election Day, forecasters projected Democrats would gain House seats and challenge for the Senate majority. Now, Democrats may only end up with a narrow majority in the House, as states count final results to determine whether Republicans hold their advantage in the Senate.

Republicans may have benefited from certain swing voters backing presidential Democratic nominee Joe Biden and congressional GOP candidates, along with a reduced incumbency advantage for House Democrats, said Kyle Kondik, managing editor of the nonpartisan Sabato’s Crystal Ball. He believes Democrats “were expecting a better overall environment than what they got.”

“For the second straight presidential election, Donald Trump was not the drag down-ballot that it appeared he could have been — and, in fact, the turnout from Trump-loving voters probably helped Republicans more broadly in House and Senate races,” Kondik said in an email.

In a letter to House Democrats on Wednesday, House Speaker Nancy Pelosi projected confidence in Biden winning the presidential election. Remaining tallies in states including Pennsylvania, Georgia, Nevada and Arizona will determine whether he or President Donald Trump occupy the White House for the next four years.

She said that the Democratic House and White House would “have the opportunity to deliver extraordinary progress” on issues including health care, infrastructure and clean government. She acknowledged a “challenging election” and said Democratic candidates “made us proud.”

In a separate caucus call Thursday, Pelosi told Democrats that the party “did not win every battle, but we did win the war,” according to NBC News.

“In 2018, we won 40 seats. We went deep into Trump districts when Trump was not on the ballot. But clearly with Trump on the ballot, we knew it would be a steeper climb,” NBC reported, citing a source on the call.

Out of the nine Democratic-held districts the nonpartisan Cook Political Report listed as toss-up races, NBC projects Republicans will win at least four. Five are unresolved.

Cook considered 17 Republican seats and one independent-held district as toss-ups. The GOP has won all nine of those races that NBC has called so far.

House Democrats aimed to expand their reach in the 2020 election, targeting a range of Republican seats in states including Texas, North Carolina and Florida. After an often-discussed push by Democrats to win GOP-held seats in Texas, the party has not flipped any of the districts it targeted (though NBC has not projected results in at least two of them).

The party also did not gain any seats in Florida, and two South Florida House Democrats currently trail in races not yet called by NBC.

Even so, NBC projects Democrats will hold a range of key districts they won in 2018. Reps. Lizzie Fletcher and Colin Allred are expected to keep their seats in Texas.

Rep. Lucy McBath will win reelection in Georgia, as will Reps. Elissa Slotkin of Michigan, Josh Harder of California and Kim Schrier of Washington.

Thu Nov 5 , 2020
Cari Gundee rides her Peloton exercise bike at her home on April 06, 2020 in San Anselmo, California. More people are turning to Peloton due to shelter-in-place orders because of the coronavirus (COVID-19). Ezra Shaw | Getty Images Peloton is seeing demand for its high-end exercise bikes and treadmills spike […] 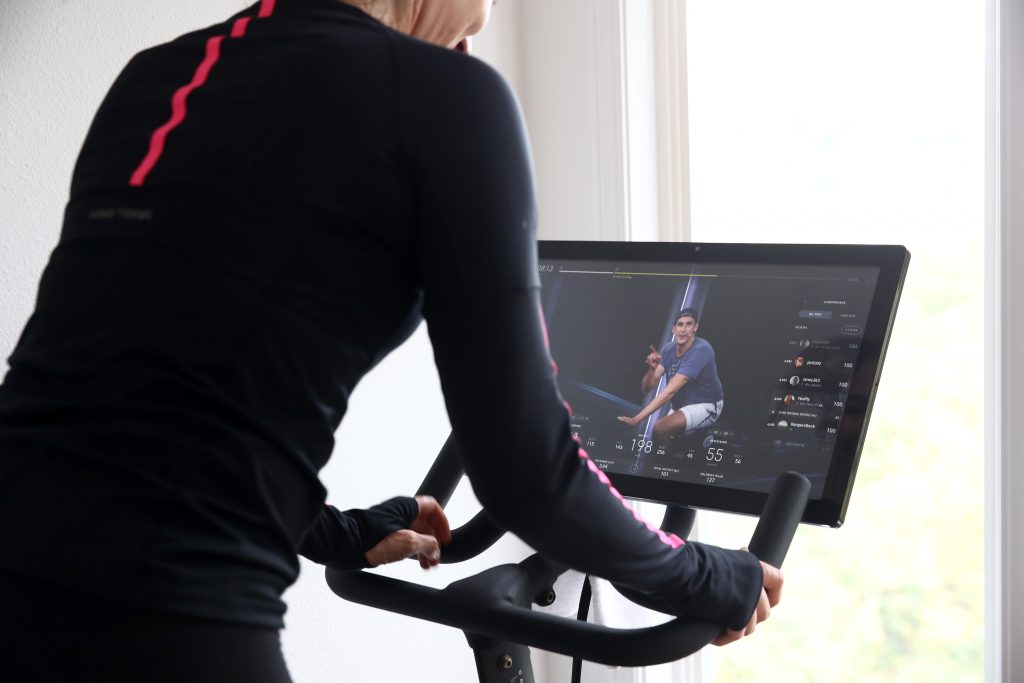