Gavin Newsom survived a Republican attempt to remove him from office as California’s governor, ensuring that the Democrat can serve out the rest of his term as the top official in the nation’s most populous state, according to an NBC News projection.

Polls for in-person voting closed at 11 p.m. ET on Tuesday. Voters had been submitting mail-in ballots for a few weeks ahead of time.

Speaking at a press conference late Tuesday, Newsom thanked his supporters and said “no is not the only thing that was expressed tonight.”

The gubernatorial recall effort was the second in California’s history to qualify for the ballot, giving Republicans a chance to seize power in an otherwise deep-blue state.

Voters were asked two questions: should Newsom be replaced, and if he is recalled, who out of his 46 opponents in the election should take his place?

Newsom, who was elected by an overwhelming margin in 2018 to a term that would end in 2023, spent months trying to fend off the Republican-led effort that gained traction last year over allegations that he mishandled the state’s response to the coronavirus pandemic.

Nearly 1.5 million Californians signed the recall petition due to frustrations over state-issued health orders and the appearance of a maskless Newsom at a dinner party during the height of surging Covid cases.

The recall effort became just one of the several crises that Newsom, steward of the biggest state economy in the United States, had to juggle in the past year, in addition to wildfires, drought, rising costs of living and, of course, the pandemic. Fresh data from the Centers for Disease Control and Prevention show that Covid transmission rates in California are dropping, however.

Polling over the summer showed more of a tight race in the recall election but recently shifted in Newsom’s favor.

His campaign drove turnout among complacent Democratic voters, who outnumber Republicans in the state’s electorate by 2 to 1, as they gained a colossal lead in early mail-in ballot returns.

The governor had a huge money advantage over his opponents. He had a $70 million campaign war chest, and unleashed a flurry of anti-recall ads with prominent Democrats such as former President Barack Obama vouching for him to stay in office.

Newsom received a final push from President Joe Biden, who said at a rally Monday that the results of the election will be felt nationally, shaping the country’s direction on climate change, the pandemic and even reproductive rights.

Elder drummed up far more support than any of the challengers vying to succeed Newsom, holding a substantial lead over the rest of the field in recent polling. He vowed to reverse vaccination and mask mandates, and echoed Trump’s false claims about widespread voter fraud in the 2020 elections, laying the groundwork for misinformation about the recall election.

A wide variety of personalities made up the other 45 candidates who fell short of gaining support from voters. Republican candidates include Caitlyn Jenner, a former reality TV personality and Olympic athlete, and John Cox, who has traveled to campaign events with a live Kodiak bear.

Wed Sep 15 , 2021
Tri Pointe Homes CEO Doug Bauer comments on the drop in new home sales across the nation. Soaring aluminum prices are the latest worry for a construction industry that has been grappling with higher materials and labor costs as the U.S. economy emerges from the pandemic  The three-month offer price […] 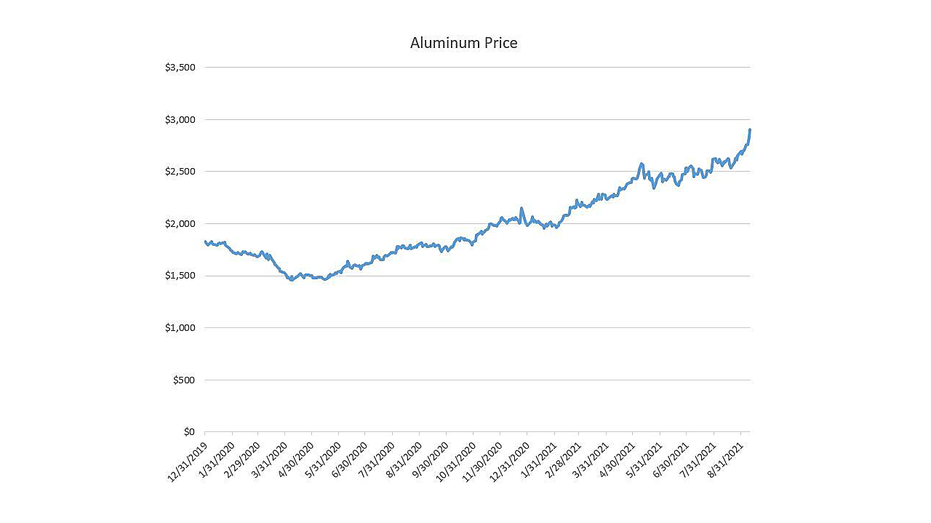