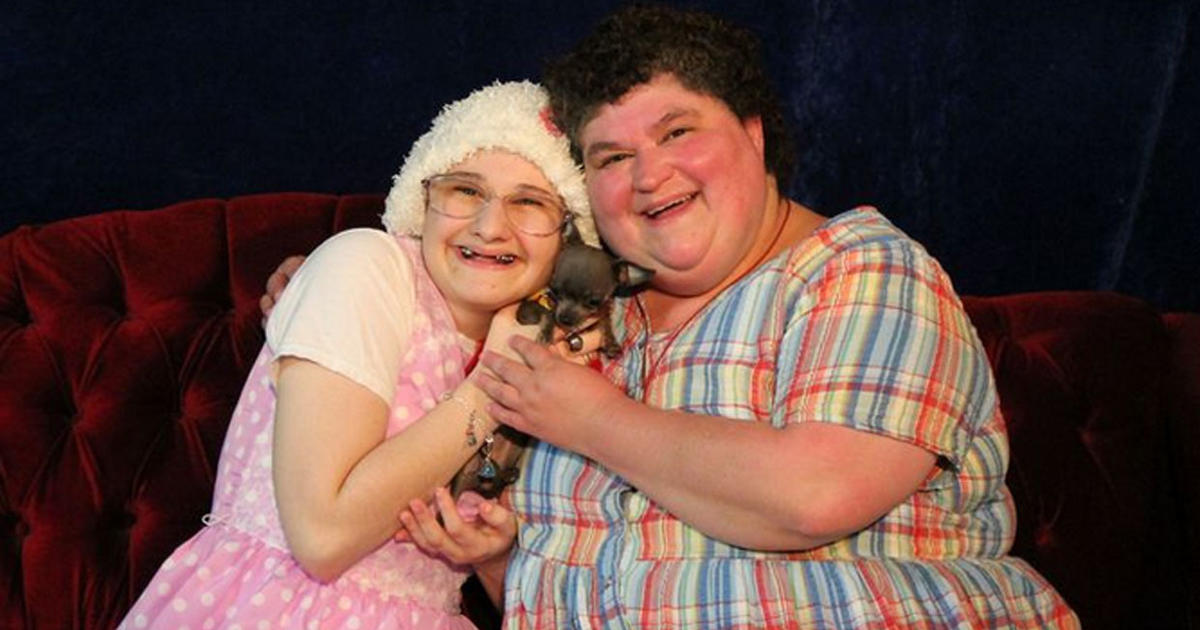 A series of shocking Facebook posts appeared four years ago on the shared account of Dee Dee Blanchard and her thought-to-be ill daughter Gypsy Rose. The Facebook page is still up, despite offering a chilling look into what was later revealed to be a totally fake life — and the last status is about Dee Dee Blanchard’s murder.

The page, titled Dee Gyp Blancharde, is easily searchable and still features a smiling photo of Gypsy Rose as its profile picture. The last post that comes up is a stark contrast to the girl’s sweet photo: “That b**** is dead,” it reads. The other update posted from the account regarding the murder appears to have since been deleted.

The post has followers’ panic-stricken comments still on full display. “WHAT?!!! Did your FB get hacked? I have never heard you talk like that,” writes one person. While another woman wrote, “Should someone notify the local police??? This sounds scary.”

The posts did spark a reaction from neighbors and law enforcement, and the subsequent discovery of Dee Dee’s murdered body — as well as the web of secrets the seemingly dedicated mother kept — within their little pink Springfield, Missouri, house.

Gypsy had been believed to be confined to a wheelchair because of muscular dystrophy. But she could “walk without assistance or wheelchair and she can do that very well,” Greene County Sheriff Jim Arnott said at a news conference shortly after her and then-boyfriend Nicholas Godejohn’s arrest in June 2015. She was not ill, either, had nothing wrong with her muscles, and her head had been shaved for her entire life to make her appear ill, according to a 2016 BuzzFeed News report.

She was not disabled, it appeared, but allegedly part of a fraud scheme her mother had been perpetrating for years. “Things are not always as they appear,” Arnott said in the press conference.

Police said Gypsy posted the messages from her boyfriend’s home in Wisconsin, leading officials there.

However, what initially appeared be a fraud scheme gone wrong, devolved into a story of abuse. Gypsy said that Dee Dee made her use a wheelchair and told her she had a slew of physical illnesses and mental disabilities, even restraining her with dog leashes and handcuffs when she was disobedient, reported Inside Edition.

One of Gypsy’s former doctors even became suspicious of her muscular dystrophy diagnosis, writing in her file in 2007, “Analyzing all the facts, and after talking to her previous pediatrician, there is a strong possibility of Munchausen by proxy, with maybe some underlying unknown etiology to explain for her symptoms,” according to BuzzFeed News.

Munchausen syndrome by proxy is a mental illness where a caregiver fakes or creates an individual’s symptoms for sympathy or attention.

While the Facebook posts served as the catalyst for the story’s unraveling, previous posts kept up the picture of the doting mom and sickly daughter. Profile picture changes provoked kind messages from supporters. “She always has A big pretty smile!! Pretty,” wrote one woman. “Love button!” gushed another.

The page is now a memorialized account following Dee Dee’s death, with the word “remembering” prominently displayed above her name. While people cannot comment or like the posts, they can be shared, with the final, shocking update shared over 30,000 times.

Gypsy Rose is currently serving 10 years in prison and Godejohn is serving a life sentence for the crime.