A pedestrian wearing a protective mask walks past a closed restaurant as snow falls in New York, on Thursday, Dec. 17, 2020.

December’s job growth likely slowed dramatically from November’s pace and could even be negative, as businesses and consumers responded to the spreading coronavirus.

“I think it’s 50/50 whether it’s going to be up 50,000 or down 50,000. We’re kind of on the knife’s edge between creating additional jobs and the recovery falling back a step,” said Chris Rupkey, chief financial economist at MUFG Union Bank.

Rupkey said January could also be a weak month, as the virus continues to spread at a rapid rate and restaurants and other businesses are shutting or limiting service.

“There’s more additional stimulus being offered for the economy. There could still be another leg down,” Rupkey said. “Nobody is going to be rushing to hire back more people at this stage, and certainly for leisure and hospitality. There’s a risk jobs fall further in next month’s report because of further lockdowns.”

“We’re not completely out of the woods, but better days are ahead,” he added.

The economy is expected to improve as Covid-19 vaccines are rolled out more broadly and stimulus hits the economy.

The election of Georgia Democrats Jon Ossoff and Raphael Warnock to the U.S. Senate this week shifted control of the chamber to the Democrats, and now it is expected a bigger stimulus package will be approved early in the new congressional term.

“The survey period from mid-November to mid-December shows things were weakening. Since then, things are getting better. It could be a small negative this month and a small positive next month,” said Gapen. “The main message is we think there is a temporary loss of momentum.”

Gapen expects jobs were added in manufacturing in December, with most of the losses in services businesses, such as restaurants. “It may be isolated to a few states. California put on pretty sharp restrictions,” he said, adding unemployment claims rose sharply there and in Illinois.

“Whatever the number is tomorrow in terms of weakness, people believe the new blue wave of fiscal stimulus is on the way,” Rupkey said.

Citigroup economists expect 120,000 jobs, and they see a bigger positive reaction in risk markets if the report is better than the consensus.

“While this would be the slowest pace of rising employment in the recovery period, still-positive job growth would be a supportive sign of rising activity despite new headwinds from business closures and virus cases,” the Citi economists wrote.

Thu Jan 7 , 2021
The Treasury Department announced Thursday that approximately 8 million second stimulus payments will be mailed out starting this week in the form of prepaid debit cards. The debit cards, called Economic Impact Payment (EIP) cards, are issued by MetaBank, N.A., and will arrive in a white envelope that “prominently displays […] 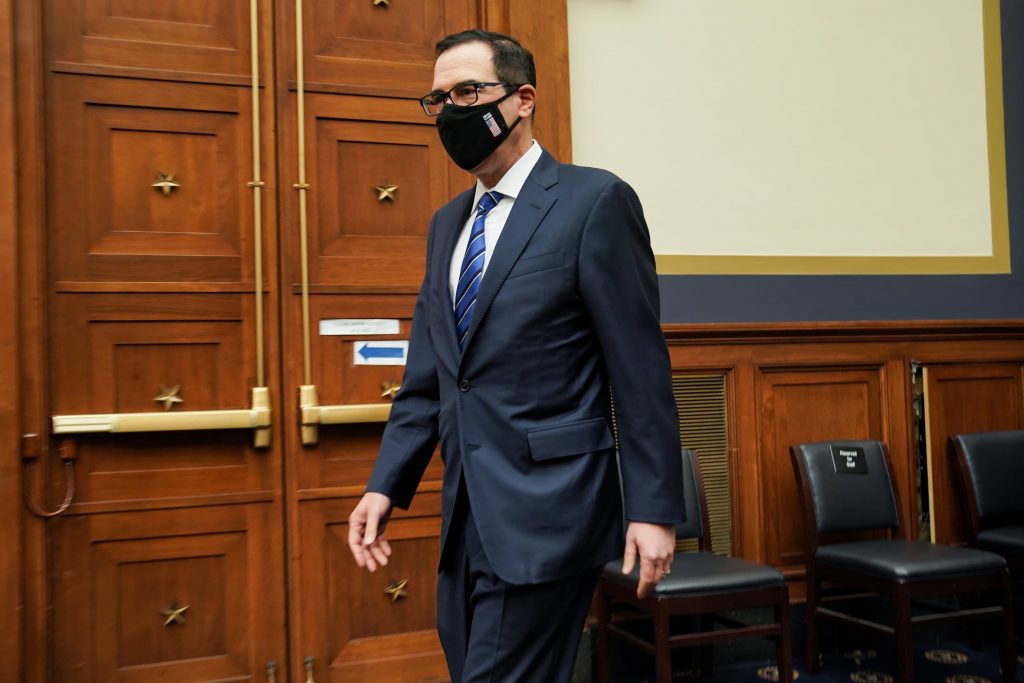