DENVER – An FBI agent whose gun appeared to accidentally fire in a video showing him dancing at a Denver nightclub and doing a back flip before dropping the weapon has turned himself into Denver police. Chase Bishop, who is based in the bureau’s Washington Field Office, has been booked into jail but has not been formally charged by the Denver District Attorney, the office tweeted Tuesday.

Bishop turned himself in to the Denver Sheriff Department on Tuesday morning after a warrant was issued for his arrest, according to Denver police. He is being held for investigation of second-degree assault, CBS News justice and homeland security correspondent Jeff Pegues reports.

The District Attorney’s office will make a formal charging decision. Denver Police had previously said they were awaiting the results of alcohol and drug tests before making an arrest.

Video from the June 3 incident shows Bishop landing a backflip at the Mile High Spirits bar, and reaching down to pick up the weapon that had fallen from his pants. As he grabs the gun, it can be seen firing.

A man who identified himself in an interview with ABC’s “Good Morning America” as Thomas Reddington was shot in the leg. His attorney tells CBS Denver that Reddington suffered a serious injury.

Bishop, 29, was off-duty and on vacation when the shooting happened. He was taken to the Denver Police Department headquarters and later released to an FBI supervisor.

The FBI is conducting an internal investigation into the incident. Among the options are termination, suspension or reprimand.

Tue Jun 12 , 2018
Defense Secretary Jim Mattis was not surprised by President Donald Trump’s call to end U.S. military exercises with South Korea and had been consulted beforehand, a Pentagon official said Tuesday. As reports emerged that the South Korean government was surprised by the announcement, questions were raised about whether Mattis and […] 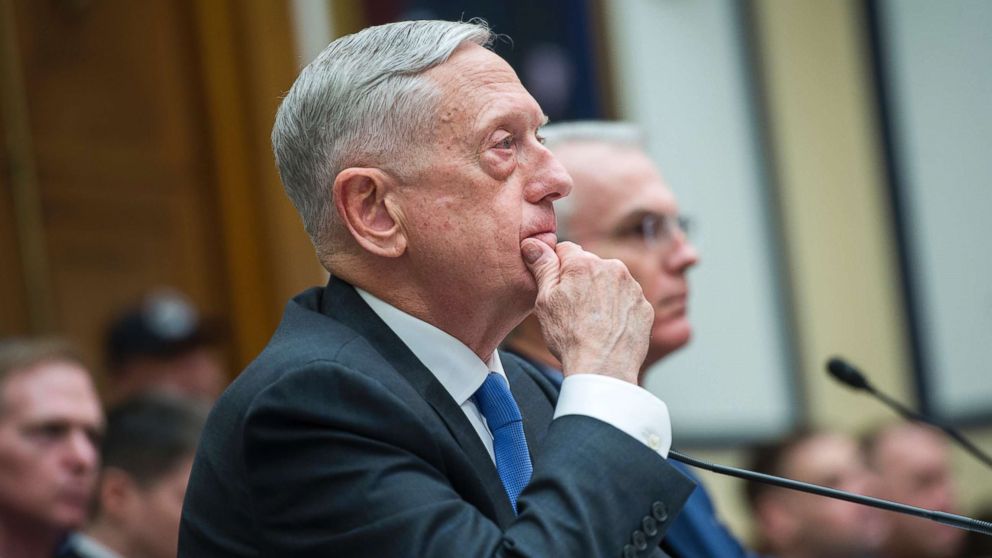