Officials at the Federal Reserve are working to make sure history does not repeat itself.

It has been eight years since the economy witnessed the infamous “Taper Tantrum” when the Federal Reserve hinted that it would reduce its bond purchases and triggered a minor panic in financial markets.

Robert Kaplan, the president of the Federal Reserve Bank of Dallas, warns it is time to start thinking about easing what is known as quantitative easing.

FEDERAL FUNDS RATE ABOUT TO RISE: WHEN AND HOW MORTGAGES, OTHER LOANS WILL BE IMPACTED

“I’ve been saying pretty consistently for the last few weeks [that] as it becomes clear that we are weathering this pandemic, that it would be wise to begin talking sooner rather than later about adjusting our purchases,” Kaplan told FOX Business’ Edward Lawrence during an interview on “Cavuto Coast to Coast.”

Kaplan comments came after the release of the Federal Open Market Committee’s minutes from their late April meeting. The readout from the April 27th meeting stated that several committee members “suggested that if the economy continued to make rapid progress toward the Committee’s goals, it might be appropriate at some point in upcoming meetings to begin discussing a plan for adjusting the pace of asset purchases.” Although Kaplan admitted the issue needed to be confronted quickly, he wouldn’t commit to a timeline saying, “I’m not [going to] put a calendar date on it – sooner rather than later”, he stated.

“These purchases were put in place last year [and] were very appropriate then, but as we are transitioning out, I am concerned about excesses and imbalances in the economy, in risk-taking, certainly in the housing market, where I think we oughta begin discussing the efficacy of these purchases versus some of the side effects and unintended consequences,” the former senior associate dean at Harvard Business School noted.

The Fed is hoping to assuage recent anxiety after the Labor Department recently reported its consumer-price index jumped 4.2% in April from a year earlier, up from 2.6% for the year ended in March.

The news sent shock waves across Wall Street as U.S. stocks fell and government bond yields rose in the wake of the Labor Department’s announcement.

“I think we are seeing a wide range of supply/demand imbalances,” said Kaplan about inflation concerns, “We’ve been expecting and warning [about] a surge in prices not just over the summer months but for the remainder of this year and I think there is a lot of uncertainty among contacts I talk to about how this is gonna unfold.”

Kaplan was also asked about the Federal Reserve’s role in helping bring down inflation earlier than expected.

“For me, rather than trying to predict the future with certainty, my job is to not get wedded to any one outcome and to realize there is a range of outcomes that are plausible. I think about risk management, and that’s why I’ve been saying maybe take the foot off the accelerator, reducing the RPM’s sooner rather than later [which] might keep us from having to press on the brakes down the road,” said Kaplan.

Fri May 21 , 2021
MINNEAPOLIS — Minnesota Attorney General Keith Ellison announced Friday that his office will lead the prosecution of a former suburban police officer who is charged with second-degree manslaughter in the death of Daunte Wright. Former Brooklyn Center Officer Kim Potter, who is white, fatally shot Wright, a 20-year-old Black motorist, […] 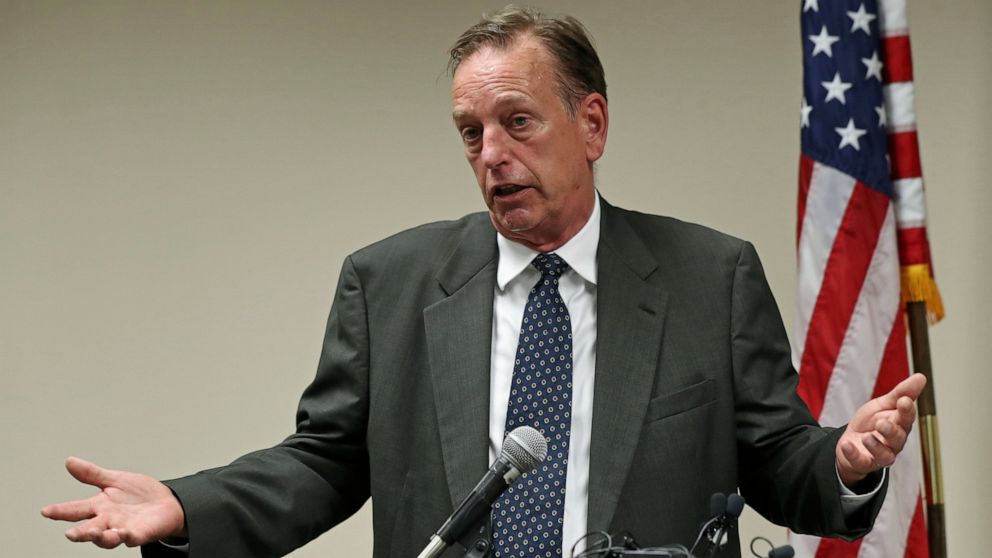