Oakland, Calif. — For every amazing shot in a career night by Stephen Curry on his home court, Kawhi Leonard, Kyle Lowry and Danny Green kept finding dazzling answers of their own.

The Toronto Raptors decided to “let it rip,” and now they have the momentum again in these back-and-forth NBA Finals.

Leonard scored 30 points on a night Curry went off for a playoff-best 47, and the Raptors beat the banged-up Golden State Warriors 123-109 on Wednesday for a 2-1 series lead.

Curry also had eight rebounds and seven assists but couldn’t do it all for the two-time defending champions, who were without starters Kevin Durant and Klay Thompson and key backup big man Kevon Looney due to injuries.

“They outplayed us. They deserved it,” Warriors coach Steve Kerr said. “I’m very proud of our effort, and now we’ve just got to bounce back and hopefully get back in here Friday night and hopefully get a little healthier and get some guys back.”

CBSSports.com’s Reid Forgrave writes that the Warriors are now “up against it in a way they have never been during their five-year dynasty.”

“What the Warriors are facing now is quite simply the biggest challenge during their dynasty: Down 2-1 to the best defensive team they’ve ever faced, without home-court advantage, and with the health of Durant and Thompson completely up in the air,” Forgrave says.

Splash Brother Thompson missed his first career playoff game after straining his left hamstring late in Game 2, while Looney is out the rest of the series after a cartilage fracture on his right side near the collarbone that also happened Sunday. Durant, a two-time reigning NBA Finals MVP, has been sidelined nearly a month because of a strained right calf.

Game 4 is Friday at Oracle Arena, where Warriors fans will be rooting for the returns of Durant and Thompson.

Before the game, one of the Raptors wrote “let it rip” on the locker room board.

Lowry contributed 23 with five 3-pointers and Green had 18 points with six 3s after Pascal Siakam got the Raptors rolling early. Toronto shot 52.4% and made 17 from deep.

“I give our guys a lot of credit. I thought we answered a lot of runs,” Raptors coach Nick Nurse said. “Each time they chipped, we kind of answered back. And that’s kind of what you got to do if you’re going to keep your lead.”

A fan seated courtside was ejected after shoving Lowry when the Raptors star crashed into a row of seats while trying to save a ball from going out of bounds. There was as much buzz about Lowry’s dust-up with the fan as his offense.Lowry was visibly upset.

The Warriors trailed 96-83 going into the final quarter. Curry’s three free throws at 10:37 made it a seven-point game before back-to-back baskets by Serge Ibaka.

Siakam scored 18 points and established the momentum for Toronto from the tip, hitting his first three shots and setting a tone for a defensive effort that stayed solid without the foul problems that plagued the Raptors in Game 2.

“Every time we made a run or got the crowd into it they either made a tough 3 or there was a tough foul call and they slowed the tempo down or something went their way,” Curry said. “You have to tip your cap to all the guys who made pivotal plays in the right times.”

Golden State greatly missed not only Thompson’s touch from outside but also his stifling defense.

Nurse challenged his team to produce more defensive stops in order to get out in transition – “make them miss more,” he said.

The Raptors re-watched the costly 18-0 run by Golden State in Game 2, then got six blocked shots from Ibaka.

“We know that they’re going to make good runs and make shots but we watched that third quarter in Game 2 and we’ve just got to continue to play with pace,” Lowry said. “That was the one thing about it, we played with pace, half-court, full-court, and that was a big thing for us.”

Nurse pulled out a box-and-one to try to stymie Curry in Golden State’s 109-104 Game 2 win, then the Raptors made Curry’s short-handed supporting cast try to beat them this time – and it sure worked.

Thu Jun 6 , 2019
Image 1 of 2 ▼ Reserve Bank of India Governor Shaktikanta Das addresses a press conference in Mumbai, India, Thursday, June 6, 2019. India’s central bank has cut its key interest rate by a quarter of a percentage point to 5.75% from 6% with immediate effect to fortify the economy […] 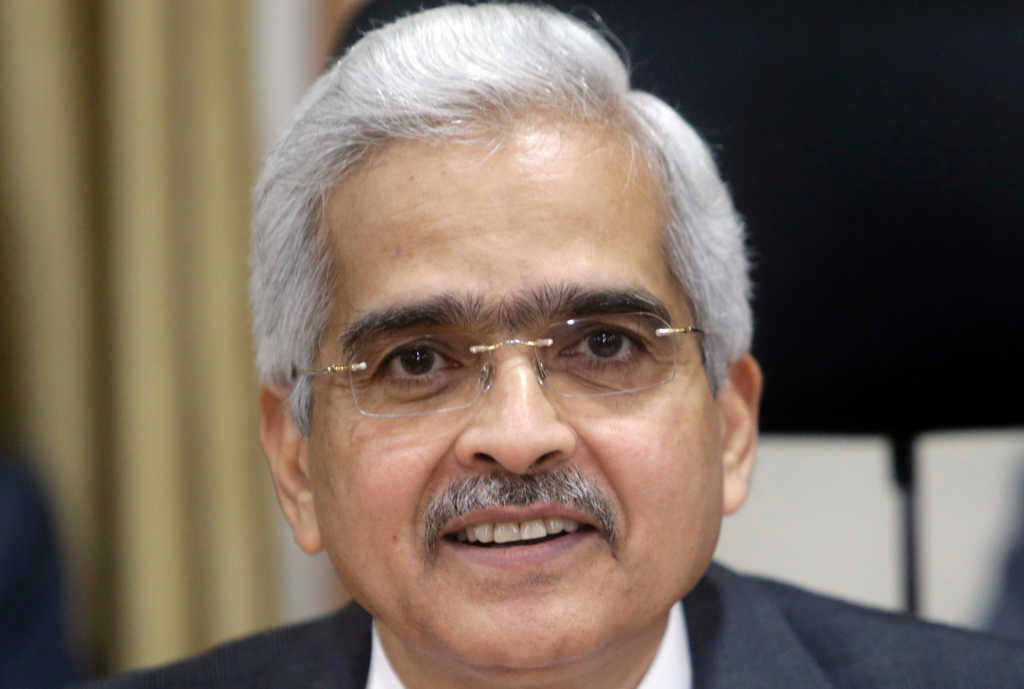