FILE PHOTO: Refugees learn the sport of curling at the Royal Canadian Curling Club during an event put on by the “Together Project”, in Toronto, March 15, 2017.Ê Ê REUTERS/Mark Blinch/File Photo

GANGNEUNG, South Korea (Reuters) – With the exception of Canada’s ice hockey teams no athletes at the Pyeongchang Olympics are under more pressure to bring home gold than the country’s curlers and they say – bring it on.

While much of the world is just discovering curling’s charms, Canadians have had a long love affair with the sport and with nearly one million registered curlers has more people playing the “roaring game” than the rest of the world combined.

That deep talent pool has the Canadian men going for a fourth consecutive Olympic gold while Rachel Homan’s world championship foursome will be out to defend the women’s title won by Jennifer Jones rink in Sochi four years ago.

By the time Kevin Koe’s team hits the ice on Wednesday for their opening preliminary round match Canada may have already struck curling gold with John Morris and Kaitlyn Lawes playing in the Tuesday’s mixed doubles final.

With that kind of success comes the burden of expectations that cannot be swept aside.

“I don’t know if it (pressure) has gone up at all, it’s always about as high as it can get you’re Canada and you’re curling so you’re expected to medal and usually win,” Koe told Reuters. “We know that feeling, this is a little different being the Olympics and the biggest event but it won’t be a new feeling for us we’ve got a lot of experience and will handle it pretty good.”

If experience is indeed the best teacher than the Canadian men’s team arrives in Pyeongchang with a PhD in pressure.

Koe, a two-time world champion, leads a team that includes vice-skip Marc Kennedy and lead Ben Hebert, who both played on Canada’s 2010 Vancouver gold medal team. The fourth member of the squad Brent Laing is a three-time world champion.

Their coach John Dunn is sport psychologist and at a time when top teams are starting to use data analytics to develop game plans and shot selection Team Koe remains old school – make 90 percent of your shots and you usually win.

“It’s the people who haven’t been up the cliff and all of a sudden they go, ‘oh my God, there’s an Olympic medal on the line’ and they get flooded with those emotions and struggle.

“If we lose it won’t be because of that choke, that’s not going to happen with this team.” 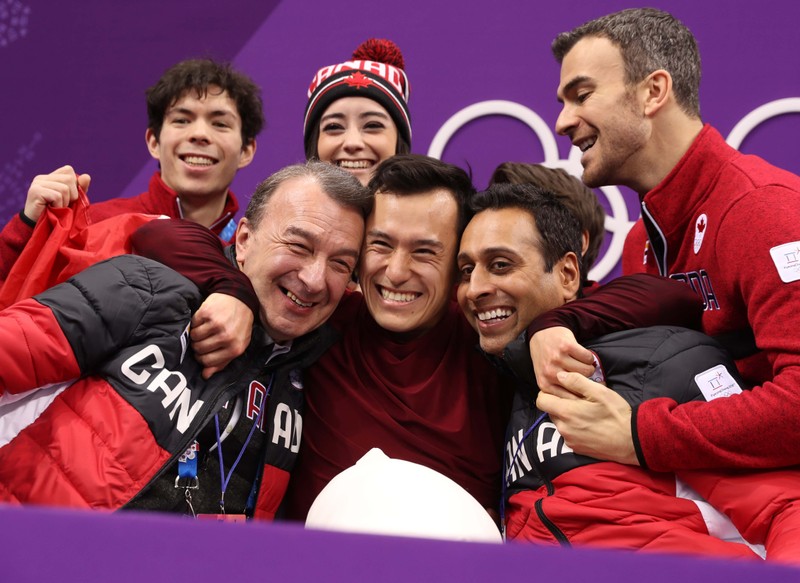