New York Governor Andrew Cuomo used his daily coronavirus briefing on Sunday to plead for calm after a night of unrest in cities throughout the state. “Violence never works,” Cuomo said.

“It dishonors Mr. Floyd’s death,” Cuomo said. “Mr. Floyd was not violent. Mr. Floyd was compliant. Mr. Floyd wasn’t even charged or accused of a violent crime. There was no violence. That’s what makes the killing more outrageous. When you are violent it creates a scapegoat to shift the blame. It allows the president of the United States to tweet about looting rather than murder by a police officer. It allows the federal government to politicize what is going on and come up with theories blaming the left and the extreme left that only furthers the politics of division.”

Cuomo repeated what he announced Saturday, that Attorney General Letitia James would be overseeing an investigation into NYPD behavior. He said he wanted to see a report within 30 days.

“If that review looks at those videos and finds that there was improper police conduct, there will be ramifications,” Cuomo said. “That is not going to be a report that just sits on shelf. This is a moment of reform. I’m not just going to judge it on just what I saw on the video. As I said, from what I saw on the video, I think it’s inexplicable. But maybe there is an explanation, there’s always two sides. The Attorney General will talk with the police and we’ll see what they have to say. But if there is improper behavior, there will be consequences.”

New York City Mayor Bill de Blasio said earlier Sunday that there will be an investigation after video was posted on social media of NYPD vehicles appearing to push into a crowd of protesters in Brooklyn. But de Blasio praised the overall actions of police.

“I want to commend the restraint we saw overall by the NYPD,” de Blasio said.

Meanwhile, Cuomo said the number of coronavirus deaths in the state had dropped to 56, a low not seen since March 24. “We’ve been through hell and back, but we’re on the other side,” he said. At its height, the single-day COVID-19 death toll in New York was close to 800 for several days in a row in April.

Sun May 31 , 2020
As deaths from coronavirus continued to drop to lows not seen since March, New York Governor Andrew Cuomo used his daily coronavirus briefing Sunday afternoon to plead for calm after a night of unrest statewide. “Violence never works,” he said. Watch his remarks here. Free America Network Articles 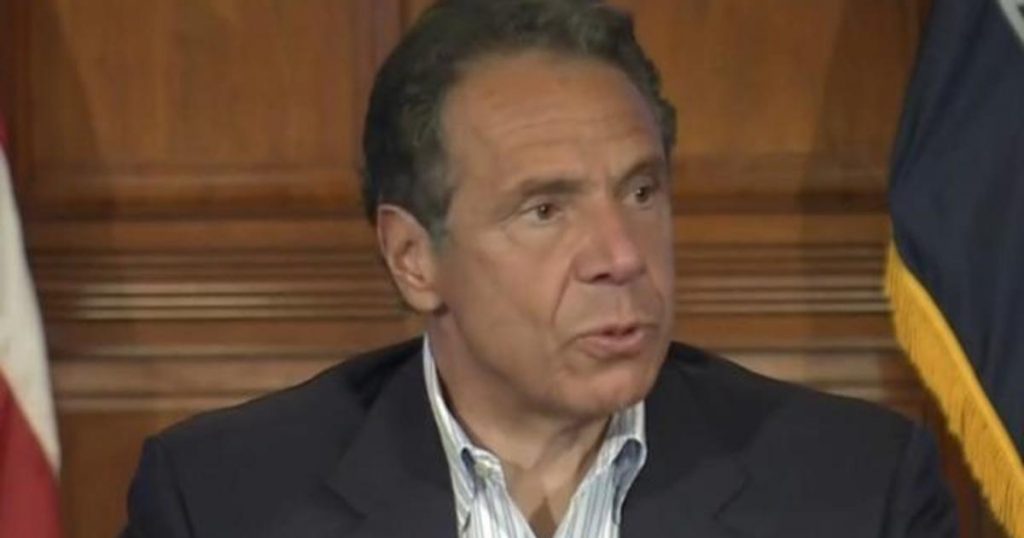