For CNBC’s Jim Cramer, there’s always a better time to get out of stocks than during a major marketwide sell-off.

“We got too negative [on] Friday,” the “Mad Money” host said on Monday as stocks pared their gains. “If you wanted to sell, your chance came this morning during the rally, not Friday during the freak-out.”

“Look, this market is crazy,” he continued, “but this morning we saw how a series of unexpected positives can send stocks soaring, and that’s worth keeping in mind now that the Mueller investigation is making things even more chaotic.”

Traders were even shorting Apple in anticipation of retaliatory tariffs on the iPhone maker, but what actually happened was much less drastic: China instead banned exports to North Korea of materials tied to weaponization, pressuring the country to disarm its military.

“Rather than the escalation so many feared, China offered President Trump an olive branch,” Cramer said. “No wonder the futures started climbing Sunday night. No wonder Apple’s stock caught on fire today. Friday was the wrong moment to sell. That’s my takeaway here. You got a much better chance this morning if you really wanted out.”

Investors also got too negative about potential mergers and acquisitions amid all of the uncertainty in the market, Cramer said.

But the moment they wrote off the idea of a takeover, drugmaker Novartis announced it would buy gene therapy play AveXis for $8.7 billion.

Even though AveXis’ lead drug, which treats spinal muscular atrophy, competes with a similar treatment from Biogen, Novartis’ faith in the company helped boost shares of AveXis over 81 percent to a 52-week high.

“Suddenly biotech, which had been among the worst of the sectors out there, justifiably came roaring back with a vengeance,” the “Mad Money” host said.

So, even as the FBI raid of Trump lawyer Michael Cohen’s offices drove stocks back down after Monday’s recovery, Cramer insisted that investors understand the difference between measured, necessary selling and a marketwide panic.

“Here’s the bottom line: President Trump’s trade dispute with China is not the be-all and end-all of this market. I think there’s simply been a vacuum of news about actual earnings and takeovers, so the endless negatives from Washington were allowed to take center stage,” Cramer concluded.

“Now that earnings season’s almost upon us, we can start to focus on individual companies again and their worth, and boy, I can’t wait,” he said. “We got too negative Friday, and if you really wanted out, the market always gives you a better time to sell.”

Mon Apr 9 , 2018
Last Updated Apr 9, 2018 7:00 PM EDT President Trump expressed his displeasure about the FBI raid on the home and office of his personal attorney Michael Cohen. “I just heard that they broke into the office of one of my personal attorneys,” the president said during an evening meeting […] 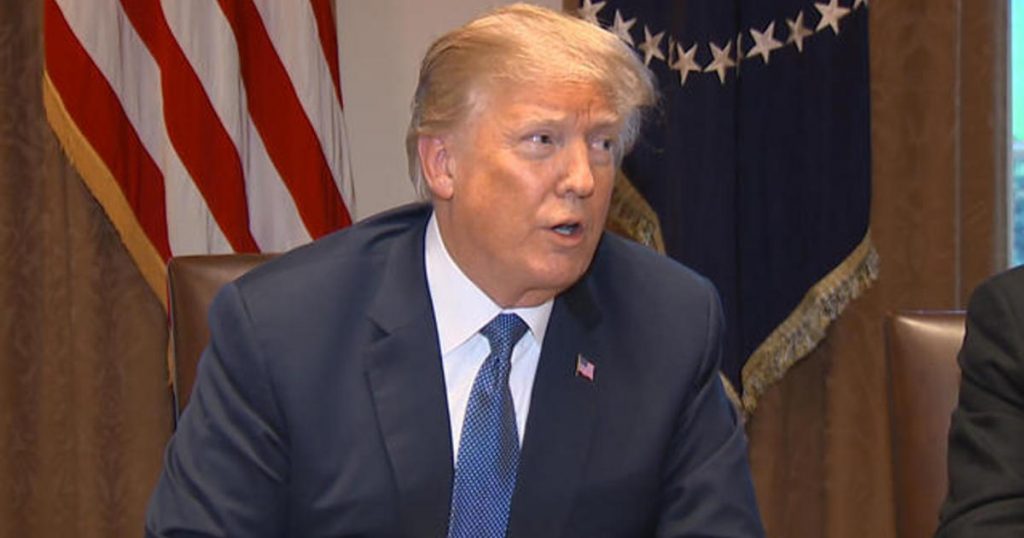