CNBC’s Jim Cramer on Thursday explained how stocks rallied on back-to-back days, despite the insurrection on Capitol Hill Wednesday that was inspired by President Donald Trump.

One key to the market rally, according to Cramer, is the removal of uncertainty for future-minded investors. While chaos erupted, shutting down the nation’s Capitol complex, the presidential election results have been approved and the legal fights are over, he said.

“We see the chaos in Washington, but many believe the storming of the Capitol will be the highwater mark of discord. The election is finally over, the results are certified, the challenges are finished. There’s a possibility of unity after years of polarization,” said the “Mad Money” host, who presented a more somber tone than his usual upbeat self.

A protester screams “Freedom” inside the Senate chamber after the U.S. Capitol was breached by a mob during a joint session of Congress on January 06, 2021 in Washington, DC.

As a mob of ardent Trump supporters descended on and took over Congress, disrupting confirmation of Joe Biden’s presidential victory, Wall Street appeared to be unphased by the scene as major averages hit new highs.

Not only will Biden, a Democrat, be inaugurated to the office in less than two weeks, he’ll enjoy a party majority in both the House and Senate. Democrats Raphael Warnock and Jon Ossoff defeated the Republican incumbents in Tuesday’s Georgia Senate runoffs, tilting the Senate chamber in their party’s favor.

The two victories follow Biden’s electoral victory in Georgia, becoming just the second Democrat to win the state in more than four decades.

“Whether you love Trump or hate him, there’s no denying that he’s a divisive figure, but that’s by choice,” Cramer added. “Two weeks, and he’s out of a job.”

Trump supporters stand on the U.S. Capitol Police armored vehicle as others take over the steps of the Capitol on Wednesday, Jan. 6, 2021, as the Congress works to certify the electoral college votes.

U.S. stocks extended their winning streaks in Thursday’s trading session, with the Nasdaq Composite, the only major index to decline on Wednesday, surging 2.5% to 13,067.48, closing above the 13,000 level for the first time.

All three stock indexes, at new closing highs, are up at least 12% since the Nov. 3 election.

“The bottom line is that on days like today, it helps you reframe the action. The stock market’s not a referendum on the state of the nation … it’s a market of stocks,” Cramer said. “When investors see few reasons to sell and many reasons to buy, the averages go up, regardless of the craziness in the capital.”

Cramer laid out nine other reasons why the market was able to rise, notwithstanding the violent event that played out at the Capitol Wednesday.

Among Cramer’s reasons are the fact that low bond rates mean investors have little choice but to invest in stocks, which leads to higher stock prices as the number of buyers on the market outpace the number of sellers. As the federal government distributes another round of stimulus checks to individuals, excess money is flowing into the market, leading to more demand for stocks.

Furthermore, many corporations listed on the S&P 500 are following through on their stock buyback programs, which leads to less supply of stock on the market. The buying is also compounded by automated trading systems, or machines, which have no emotional reaction and are not programmed to consider the violent images coming out of Washington, Cramer said.

“Because there’s a lot of groupthink on Wall Street, they’re usually given the same set of instructions: they buy the industrials and sell tech [stocks] when it looks like the economy’s about to pick up steam, which is what they did yesterday,” he said. “They weren’t pre-programmed to sell when a mob is attacking our legislature.” 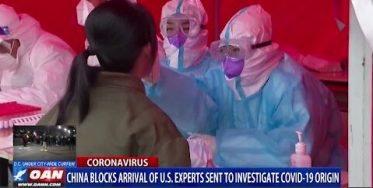