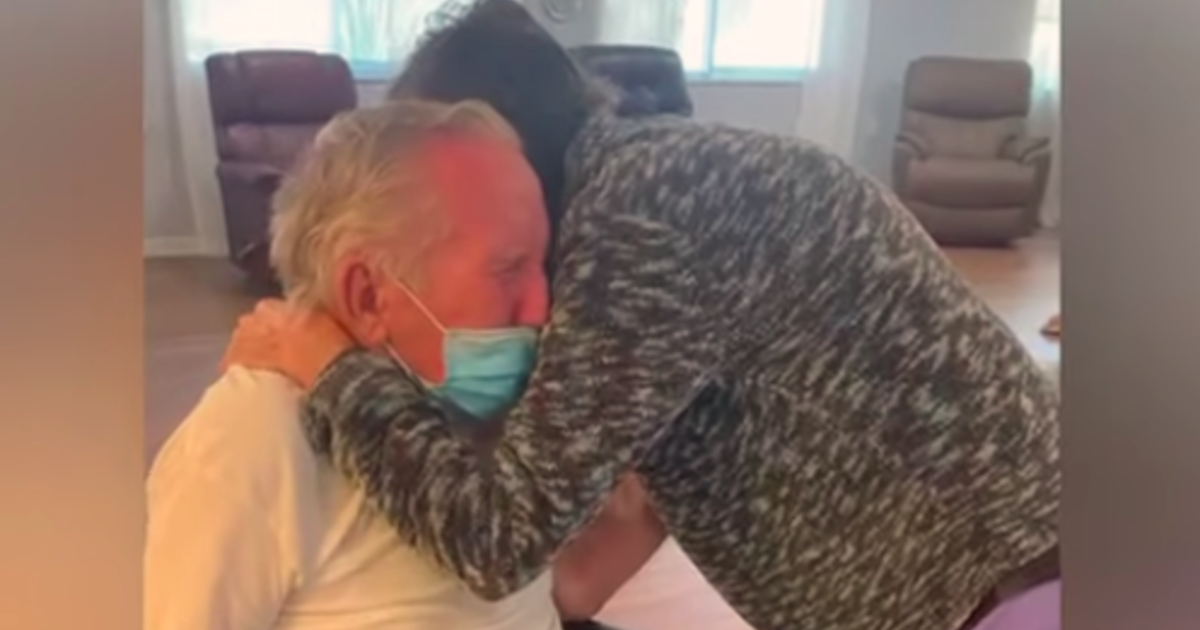 The coronavirus pandemic has kept countless families apart for the majority of 2020. But after more than 200 days, one couple has finally been reunited.

Joseph and Eve Loreth, both 80 years old, have been married for nearly 61 years. Joseph entered the hospital for an illness in March, ultimately having his leg amputated and spending several months in rehabilitation, during which Eve was unable to visit him due to safety restrictions, a spokesperson for the Rosecastle at Delaney Creek assisted living facility told CBS News on Saturday.

In August, Eve also joined the facility in Brandon, Florida, but the couple still couldn’t see each other. For seven months, they kept their interactions to daily phone calls and a few window visits.

The couple “persevered,” said the facility.

Joseph recently graduated from rehabilitation, and after 215 days apart, the lovebirds were finally reunited this week.

Clary Abreu, the center’s life enrichment coordinator who helped facilitate the reunion, said Eve was pacing with excitement and anticipation leading up to the reunion.

Staff members at Rosecastle captured the emotional moment on video.

“We got to witness these two resident love birds see and hug each other for the first time since the pandemic,” the center wrote on Facebook. “Get your tissues out!”

“Oh my God!” Eve said when she turned around to see Joseph waiting for her.

“I sure miss you,” Joseph said, holding back tears.

“Aw, I miss you,” Eve said, getting up to give Joe their first hug since March and kiss his forehead.

“I love you,” Joseph said. “I didn’t think I would ever get over here. I missed you so much…For sixty years I’ve done something right.”

The spokesperson told CBS News that the couple met at a roller skating rink when they were in high school.

“She started chasing me around that rink and she’s never stopped chasing me since,” Joseph joked in a statement.

They have five children and numerous grandchildren — Eve says she stopped counting after their tenth or twelfth grandchild was born.

Sat Oct 17 , 2020
FILE PHOTO: Fabio Panetta is seen in his office ahead of his appointment to the European Central Bank’s executive committee, in Rome, Italy September 26, 2019. REUTERS/Remo Casilli October 17, 2020 FRANKFURT (Reuters) – The risk that the second wave of the coronavirus pandemic could derail the euro zone’s recovery […] 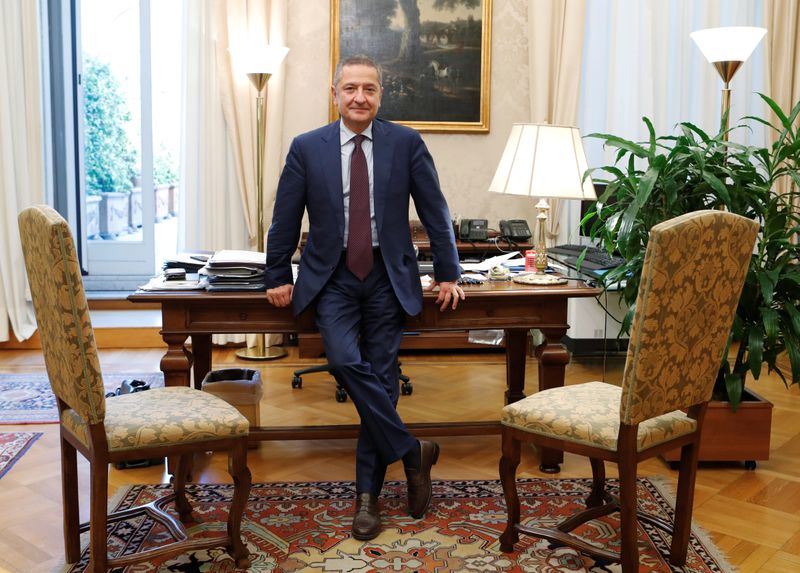