A COVID-19 vaccine is critical for the health of the stock market, according to Goldman Sachs Group.

Third-quarter earnings season is set to begin next week and will give investors a glimpse into how the virus will impact fundamentals.

“The vaccine represents a more important factor than the election result for the path of equities,” wrote a team led by David Kostin, U.S. equity strategist. “The consequences of the semi-frozen economy on an uneven road to recovery will be in 3Q results.”

The firm’s reopening scale during the third quarter averaged between 4 and 5 on a scale of 1 to 10 as stay-at-home segments of the economy remained strong and back-to-business verticals struggled to gain traction. The composite score reached 71 out of 100 last week, the second-highest of the recovery, despite an increasing likelihood that a vaccine will be delayed until the middle of next year.

Superforecasters at Good Judgment say the odds of a vaccine being distributed to 25 million Americans by the first quarter of 2021 have fallen from 71% on Sept. 8 to 42%. The highest odds are for inoculation to occur in the second or third quarter next year, at 48%.

Biotech analysts at Goldman Sachs last week hosted a virtual conference where one panelist said initial data on the late-stage trials was encouraging, and that there was a greater than 90% probability of success.

The Trump administration has touted the possibility that 100 million doses could be administered to vulnerable populations by the end of this year, and said a vaccine could be widely available by mid-2021.

However, Goldman warns the biggest challenge is “convincing the population to get vaccinated,” adding that therapeutics could provide a bridge until a vaccine is widely available.

In the meantime, investors will have to grapple with third-quarter earnings that are expected to fall 21% year-over-year. Collapsing margins, a modest sales decline and a reluctance to provide guidance ahead of the election will serve as the biggest stock-market headwinds, Goldman says.

While elections often provide uncertainty, analysts at Goldman found just a 4% difference in earnings per share if policies were to remain the same and former Vice President Joe Biden and the Democrats were to sweep the election.

“Our analysis suggests that a large increase in fiscal spending, funded in part by increased tax revenue, would boost economic growth, and help offset the earnings headwind from high tax rates,” Goldman wrote.

Mon Oct 12 , 2020
Police say a leader of protests against new coronavirus restrictions in Brooklyn has been arrested on charges of inciting to riot and unlawful imprisonment of a journalist ByThe Associated Press October 12, 2020, 1:35 PM • 2 min read Share to Facebook Share to Twitter Email this article NEW YORK […] 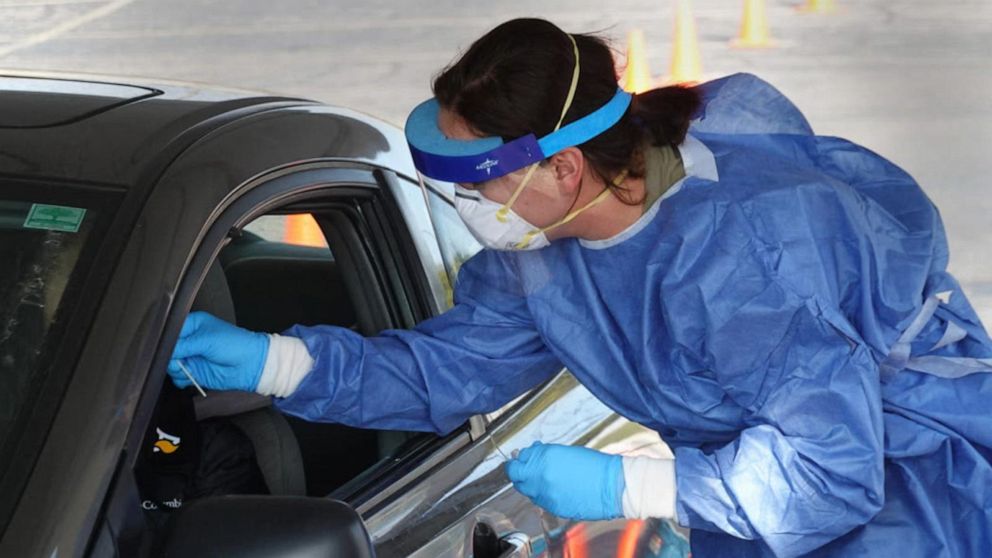